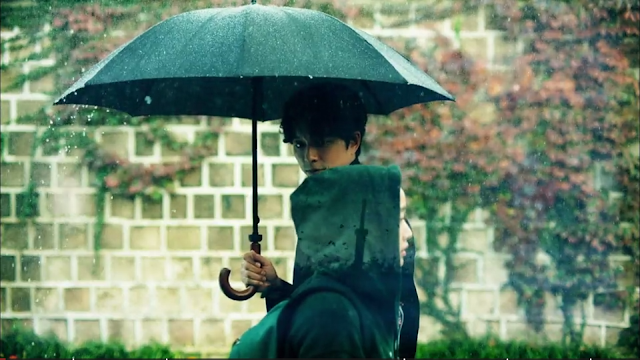 I have so much Goblin feels. I absolutely loved the drama. Yes, it has so much problems, but it's still pretty much my most favourite drama experience in a long while.

I'm having such a hard time letting it go, and been listening to the songs on almost repeat. I even started having dreams - not really on Goblin, but a fantasy-themed story that evokes that same kind of existential romantic tension.

I'm half-decided if I should collect all these fragmented images inside my brain and write it out into a story. I can't decide if it would be relieving or merely sink me into deeper grief over the end of Goblin. Decisions, decisions.

I'm going to sleep on it (haha), it's now dreaming between a one-shot or a three chapter short story, with really just two central images I really want to capture.

The story goes like this: the male character is the God of Death, chinese myth-inspired, basically the Underworld where all deceased souls pass through to assess if they go to Heaven, Hell or reincarnated again. I imagine him like a CEO of a soul-processing corporation haha. By some accident (don't really want to go into it here in full), he saves the life of the female character, who is more than human, but not immortal either. Nothing really unique or special about the setting, except these dream images I got and a scene I really really want to write. I think it's because in a lot of the romantic stories, maybe the male lead gets more attention, but in my dream, I really liked the personality of the female character - who is so spunky and philosophical and funny.

Shall sleep on it.