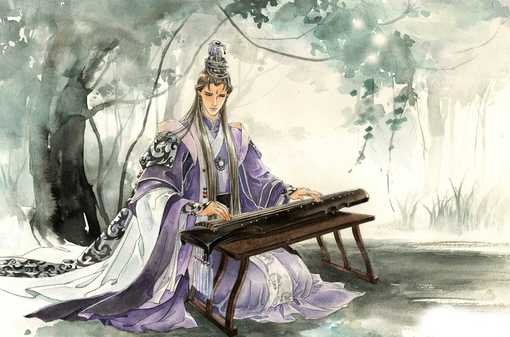 To be honest, I'm quite nervous starting the story again after the break. I fear that my writing is too rusty and I can't do my own story justice - I know it sounds a bit ridiculous - but I haven't been in the best physical and mental state. But, I also feel like the story has been living and breathing inside me and just bursting to come out for so long already that I must, no, I need to write it out and hopefully it will get better and better as we reach the end.

As you know, I've already mapped out the whole story from the start as is my normal style. I've a very clear idea of how I want to finish the second arc, which will end around Chapter 17/18. But, I do feel like I might have to take a step back when the second arc completes to really consider the third and final arc and what will make best sense for the overall story.

Without further ado, let's return to the Island on which An Hun and Yu An are......

P.S. I think this might be the most favourite chapter I wrote so far for this story. 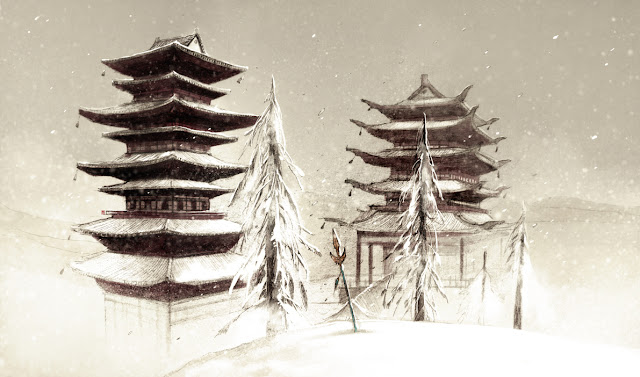 They had flown across the starry night and landed in a mist of snow. Is this home? Yu An thought to herself as An Hun led her down his large silvery bird. This was the Royal Palace of the Wu Kingdom, the residence of the Royal Princess of Wu.

But it felt so unfamiliar, so foreign - the way the winter winds chilled her bones, the way the gusts brushed past the thistles and the snow off the pagoda ledges - the way the powdery snow mixed with the snow from the sky, and everything was just white.

Yu An watched as with a flick of his hand, An Hun had disarmed both the soldiers guarding the door of the Princess' bed chambers. Yu An nervously touched her face, no, a foreign male face - An Hun had even transformed her body. She was a tall distinguished man, a classic elegantly handsome face with eyes like the break of dawn - only the eyes were her own.

An Hun took out a small pipe from inside his robes. With a swish, the pipe lit up and a thick syrupy scent flowed out of the pipe. An Hun pierced the pipe through the silk paper inlay in the doors. Suddenly, Yu An felt An Hun's other hand over her nose.

"What's this?" Yu An asked. Her voice was smooth and masculine.

"A scent that blurs a person's perception of dreams and reality," An Hun said as he retracted the pipe and eliminated the scent with another swish.

Then An Hun's lips turned into a rather cunning smile, "It's your turn."

Yu An felt herself being pushed towards the doors. She pushed the doors open and was met with a question from a beautifully sweet voice, "Xiao Ling?"

Yu An did not answer and continued to step into the bedchambers. She saw that at the side of the table was a grand wooden guzheng with precious golden inscriptions. She sat at the guzheng and started playing.

In the midst of the notes, she heard hurried footsteps.

There was a gasp.

Yu An lifted her head - she knew she must look like the Yan Emperor right now, a distinguished elegant man, playing the guzheng, a lift of his head, he smiled at her. Her, the Royal Princess of Wu.

"Hsiao? Gentleman Hsiao?" She asked, her eyes widening as if not quite believing the sight before her.

Softly, every so softly, she added, "Is this a dream?"

Yu An felt a slight pang of guilt in her heart but she decided that if she could, she wanted to weave a beautiful dream for this elegant Royal Princess of Wu. So, she smiled, "Qin Xia, I've come to hear you play the song you wrote for me."

She took a step back as if not quite being able to handle the weight of what was before her. And, then she gave a slight nod, "So, the song I wrote... it has finally reached you."

#talk 37: my very warm hello to my readers, Once Promised project & life! 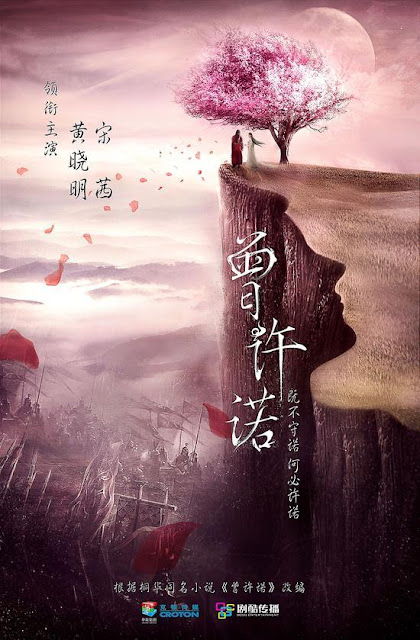 
I'm honestly very sorry about the lack of regular updates on my blog. But if you knew how hard I've been working in my regular life (3-5 am nights or should I call them dawns almost daily), I feel like you would understand and in fact give me a good hug and make me tea (yes, I fantasise about tea all the time haha). I finally had a short break over the Chinese New Year as I flew overseas with my family and will be flying overseas again next week for another family trip. Hopefully, work will fully settle down by March and I can update onesecondspring regularly again.

I want to say thank you for all the lovely comments left on my blog and personal emails asking about my well-being. I've fallen sick on and off again (who won't with such unearthly hours) and often do become rather introspective as I wonder if such a hectic lifestyle is sustainable! I'm still figuring things out - between everything I love, this finite time I have, and what will bring me the greatest fulfillment and meaning in life. Tough life questions indeed - and thankfully, I have my family, friends and you, yes, you, this wonderful voice from across the world - who I feel share that kindred joy and spirit over beautiful thoughts and sweet wishes in a foreign language but - everyone can appreciate love right?

I'm going to try my best - really, taking out as much time as I have from sleep etc - to provide some more updates. I honestly feel so bad for The Princess Who Cannot Marry - after finishing this very entry, I'm going to try and finish up Chapter 14. I'm so sorry my readers for making you wait so long - I'm sure An Hun wants to give me a good kick in my butt to push me along as well. He is on a mission!!!

Before I end this entry, I also want to say that yes, Once Promised is getting a drama adaptation. Oh gosh, this made me so excited and I feel like only the drama adaptation of Lost You Forever and Heavy Sweetness Ash-Like Frost could make me more excited. I'm probably going to start my Once Promised translations again - but please don't hold your breath, unless you can hold your breath for a long time, because I'm still trying to get back to regular blogging and Once Promised is a story I really love but find very hard to translate - all that heartbreak guys, my heart is too weak, too weak.