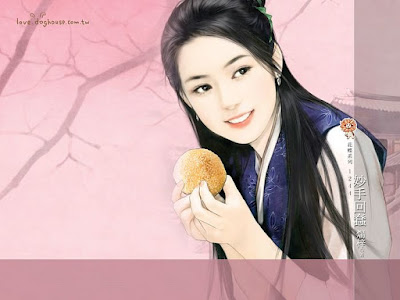 My favourite parts of Heavy Sweetness are Jin Mi going on her endless quests for divine strength and happily trying to swindle divine strength from the world. And of course, Phoenix wrestling with his feelings towards a completely shameless and impervious Jin Mi. Enjoy!

Time: In the hundred years when Jin Mi first went to the Heavenly Realms and was Phoenix's book boy

We fruits also have backbones. Since Phoenix ignored my wishes and transformed me into a drum for eight days, I decided not to deal with him again. In the days where I no longer grind the ink slab for Phoenix, the sky appeared brighter, the water bluer, even the willow catkins that flew in the wind appeared cuter and more vibrant than before. When I was bored, I would watch the opera with the Moon God, hear him criticise the "spring books", the time flew by fast. 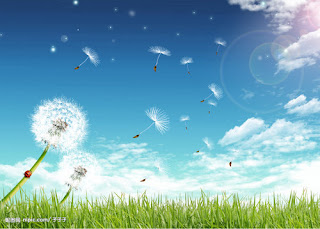 There was only one thing that was not good. Although the days in which I did not have to watch the mood of Phoenix's face were perfect springtime, but I was no longer taught divine spells. My already low divine powers dropped even further than before, and thus I decided to abandon the dark and follow the light and come under the tutelage of the Moon God. I asked the Moon God to teach me some secrets to increasing my divine powers and he happily agreed.

The Moon God very formally placed several different sizes and thicknesses of sewing needles before me, and said, "To thread needles is one of the basics of divine meditation. Think about it - if you can't even thread a sewing needle, how would you be able to properly use the heavy divine instruments? Thus, a good sewing needle is a necessary equipment for a successful god." Following which, the Moon God happily described all the sewing needles he treasured and kept, and very generously offered to let me pick one needle and would teach me how to thread it with red thread immediately tonight.

[The joke is that the Moon God's divine powers mainly lie in connecting lovers with a red thread, hence he would prize sewing needles so much!]

I deeply did not understand - the Moon God's eyesight was originally not good, but he would choose to thread the red threads in the pitch black darkness of the night under the glow of a small lamp.

When I asked him, the Moon God's eyes curved with his smile as he explained, "I feel more inspired by the night. The black night gives me a pair of black eyes, and I am fated to use it to catch illicit affairs!"

However, divine powers were fated to have nothing to do with threading needles and illicit affairs. I learnt to thread red threads with the Moon God for a total of ten days - my divine powers did not increase even a little bit but my eyesight was really starting to go crazy, everytime I saw a place with a hole, it was like I was possessed and I tried to think how I could thread a red thread through it.

Just as I was mulling over whether I should continue to learn under the Moon God, I heard that in two days Phoenix's palace would be having a celebration for the mortals' Dragon Boat Festival*. It was to celebrate some person's bravery for jumping into the river and rising to become a god. Phoenix had praised his literary skills and invited him to his palace and thus asked his attendants to celebrate as per the mortal customs of the Dragon Boat Festival. 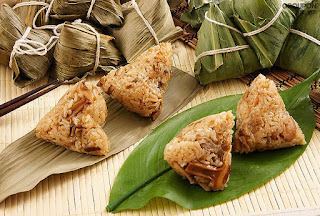 This was nothing extraordinary but I heard that there will be rice dumplings during the Dragon Boat Festival - the mortals' rice dumplings were made using banana leaves to wrap glutinous rice and fragrant meat or bean paste in a triangular shape, but the dumplings in the heavenly realms naturally could not be the same as the mortal dumplings thus Phoenix with a flip of his sleeve had declared, "We will wrap divine strength."