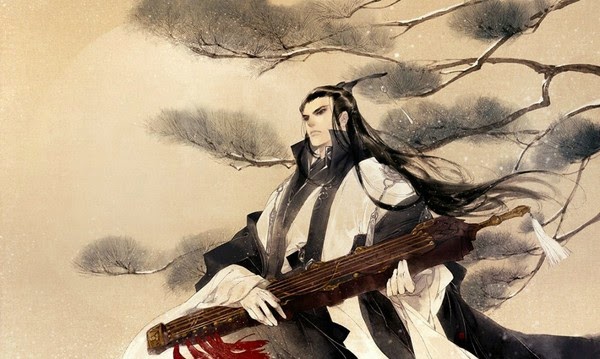 My dear readers, how much I have missed onesecondspring! I fell sick (gosh probably the third or fourth time already this year) and was overwhelmed with life and work, so I couldn't even come online. It's nice to be back. I'm hoping to get my groove back soon, I really miss updating at least twice a week (as I'm sure my most loyal readers do too). Here's a really long update to make up for it (it's really two updates as one)!

When I get my rhythm back, I'm going to finally update The Princess Who Cannot Marry too. Ahhhh, how I have missed my characters and I can sense An Hun far in the horizon, wondering how long more it will take for him to appear.

So, it turns out that there is a kind of hurt in this world - that can eat your heart and decay your bones.

It's called no door for redemption.

I stood on the rainbow bridge, my hand on a cool wooden beam, and gazed far away into the deep forest. 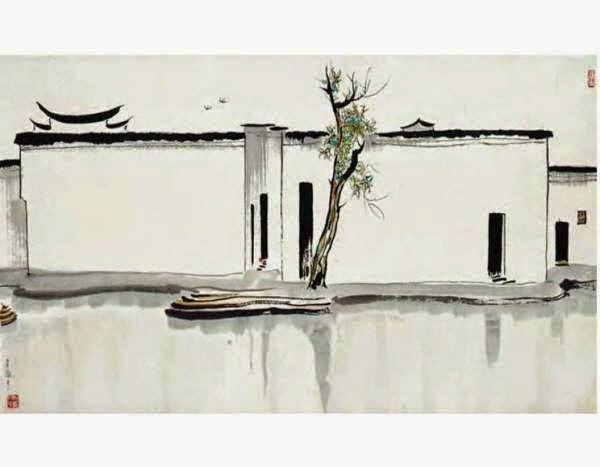 The Four Stars Palace had an ink black tiled roof and pure pristine white walls. It was also a place of serenity and elegance. Naturally, it was never guarded by any heavenly soldiers. However, now there was a incompatible row of heavenly soldiers, including Master Tai Si, standing guard outside. Although none of them were wearing armour, all of them had alert and cautious eyes carefully observing the surroundings. There were several gods who had came on official business but were politely declined at the entrance. Seeing Master Tai Si's demeanour, it was as if he was not even willing to let a grasshopper in.

My heart was weighed down with suspicions, so I transformed into steam and hid myself in the clouds that were swept away by the wind into the inside of the Four Stars Palace. The windows to Night's study were closed tightly, so I leaned onto the windows while in my form as steam and moistened a corner of the paper window to enable myself to look in.

I saw Night sitting in the middle drinking a porcelain cup of tea. His expression was indecipherable. Sitting next to him in the guest seat was the leader of the Bird Tribe, Sui He. Both of them were silent, with an expression of 'if the enemy does not move, I will not move'.

After a long while, it seemed that Sui He could not bear it anymore and she spoke, "A person who is above board will speak straightly, I'm sure the Heavenly Emperor knows very clear why I have come today."

Night lightly smiled, "Princess Sui He is mistaken, I do not know why you have come today."

Sui He lightly snorted, "Did you sabotage the medicine from Lao Jun?"

My heart jumped but I only heard Night said slowly and leisurely, "So, you came for such a small matter. I only removed a herb that would caused heatiness."

"You!" Sui He was furious, "All the realms believe that the Heavenly Emperor is completely devoted to the Water God, but little do they know that the Heavenly Emperor will also cheat and make use of the person he loves! You knew that Phoenix is a bird that cannot die, and there was a possibility that his soul did not completely dissipate. Once the Water God received Lao Jun's golden pill, she would definitely rescue Phoenix...you knew that Phoenix's disposition is to fire and is most afraid of the cold, so you purposely removed the 'fire' element from the pill, thus Phoenix is in continuous pain by the pill that tries to eat him up internally instead, you..." Sui He mocked, "I'm afraid the Water God has not seen how smartly you have manipulated her like a chess piece? If someone enlightened her....."

I felt like I had been struck my lightning.

Night placed his tea cup on the table. He gave out a light sound and lifted up his brows, "Princess Sui He speaks so boldly - so have you honestly told your Great One that it was not you who revived him?" Sui He's expression completely changed.