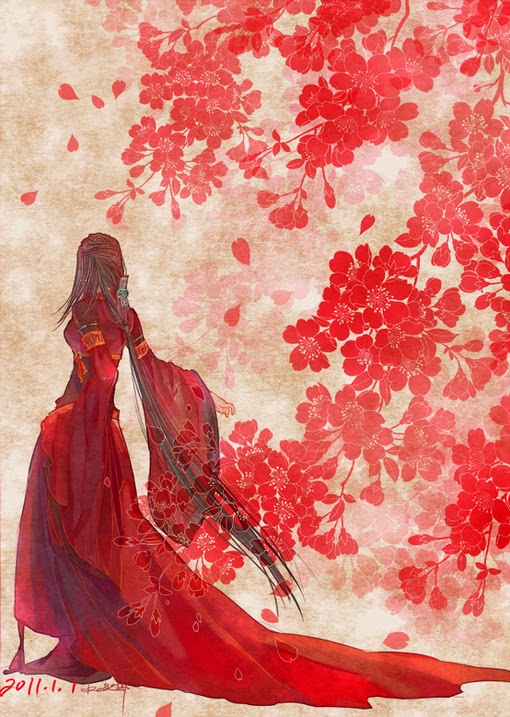 It really feels like a semi achievement to finally finish Chapter 21. I have a lot of love for all the characters in Heavy Sweetness - yes, they are all flawed in their own ways - but those flaws are also why I love them.


Looking at how close Phoenix and the demoness' bodies were, I felt my abdomen being filled with sourish air. It also felt like water was boiling within me, with all the five flavours being combined at once, and I could not tell what was the exact taste.

I heard the demoness fawn over Phoenix again, "The Great One is so distinguished and esteemed, ruling over the six realms, if only the Great One can give me one night..."

Just as the demoness was going into the vital part, I saw one of Phoenix's brow being raised, "Distinguished and esteemed?"

The demoness hurriedly added, "Indeed! The Great One is truly distinguished," she pointed at me right in the dark corner, "Even a rabbit demon that has not yet gained a human form already knows to admire The Great One!"

Phoenix's sharp gaze quickly followed, I did not even have time to catch my breath as I felt myself under his scrutiny. Although he was only calmly looking at me, I felt like I was being wrapped up in a golden glaze that immobilised my movements and I could only stare back at him with my two red rabbit eyes.

He slowly opened his mouth and spat out the words one by one, "Ah? How can you tell that this rabbit admires me?"
The demoness cleverly answered, "The moment it entered, it hid in the corner and its eyes have been staring at the Great One unblinkingly."

To increase the persuasiveness of what she was saying, she added an unnecessary detail which was akin to adding legs to a drawing of a snake, "Previously in The Great One's residence, I would often see this rabbit, always quietly staring at The Great One."

In that moment, I had the urge to strike my head into a pole. I always thought I was good at hiding so that I was never discovered, but I finally realised that the demons and demoness had long saw me but just could not be bothered with a mere rabbit.

"Ah? I have never seen," Phoenix spat out each word slowly.

I couldn't help being relieved and let out a mouthful of air. Luckily, he had never seen me, then I suddenly thought... but now that he has seen me, would he recognise me? My heart was thrown into confusion and I quickly got up to hop away to escape.

However, the demoness quickly caught me in one hand, "The Great One has grander matters to consider and naturally cannot see such lowly creatures."

She pulled me up with one palm and lifted me before her eyes and cried surprisedly, "The Great One, look at how beautiful the rabbit is? There is not a single stray dark hair on it... its fur is as pure and beautiful as the night frost. If not for the fact that there is no heavenly aura, I would have mistaken it for Chang Er's moon rabbit."

Phoenix raised his brows and stretched out his hands, "Pass it to me."

I felt the pulse of my heart beat rapidly and I thought of exposing my real self by changing into water bubbles to escape, but who would have expected Phoenix to not even wait for the demoness to stretch out her hands and he easily lifted me up by my long ears. He placed me before himself and narrowed his eyes at me. There was not a single ripple in his eyes but I thought I saw a sharp glint of light like the reflection of the edge of a blade that was about to be swung against me.

In my extreme fear, I forgot to closed my eyes and saw my reflection in his gaze - I saw how I was caught by him, I saw my ears in his palm, I saw the clearly demarcated blood veins in my ears and suddenly remembered that this pair of ears was bought by him for me.

Obviously, he would not remember this.

Suddenly, I tried to struggle but unfortunately a rabbit's ears are its weakest point and no matter how much I struggled, it was in vain. Phoenix's grip on my ears slowly tightened and I could not help but suspect that this pair of ears would be physically pulled down by him. 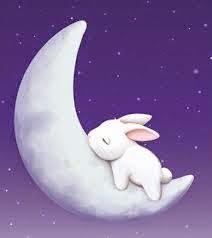 "The Great One, this rabbit is so adorable, could you give it to me? I will tame it into a pet," The demoness held onto Phoenix's arm in a pleading gesture and I suddenly felt that it was better to be taken care of by the demoness than to be looked at by Phoenix.

"Its eyes glistens like water..." The demoness suddenly quickly covered her mouth in horror and bowed down on the floor and kowtowed her head repeatedly at Phoenix, "The Great One, please do not be angry. Please do not be angry. I unintentionally used the word 'water'.... I was silly and dazed for a moment..."

Phoenix darkly gazed at her, and I was shocked to realised that his eyes were not actually black, but a very deep shade of blood red, so red that I mistakenly thought they were black. I was suddenly very afraid, so fearful that I almost gave out a cry.

He lifted up his mouth, "Pet? Some things cannot be tamed no matter how you try and tame it. Even if you sincerely treat it well, it's hard to guarantee that it wouldn't bite you back one day..."

"It is only a rabbit, and it's so obedient. It's not a wild lion, how could it hurt anyone?" The demoness asked nervously.

"Obedient?" Phoenix held me by my ears and brought me closer to his gaze. His gaze was so oppressing that I could not breathe and I felt like my lungs were going to explode. I realised in that moment that this was the person who killed my father but not only did I revived him, I had repeatedly appeared before him such that I was now in his palms to be ridiculed!

My heart was thrown into chaos. I lifted up my head and opened my mouth -  I was right before the space between his brows.

"Ah!" The demoness gave out a fearful cry.

Phoenix threw me to a side forcefully. He coldly spat, "You don't have to be a wild lion to hurt people. It is more chilling for a rabbit to bite a person, isn't it?"

Because I was held by him, I could not actually exert much force and had only broken a bit of his skin between his brows. A drop of bright red blood slid down his sharp distinguished nose, gently stopping at the nose tip.

I dazedly looked at it and remembered the icy willow blade, the buds and buds of flowers on my matrimonial gown, his final look of despair... in that moment of confusion, I had forgotten that I needed to escape, forgotten how to escape, forgotten where to escape... he did not reach out to wipe off the blood and left it on his nose tip. He lightly lowered his eyes towards the pathetic me thrown aside and suddenly smiled.

All the demons in the hall, including the two demoness at his side, were so frightened they all fell to the floor and did not dare to raise their heads, "This rabbit deserves death! Deserve a thousand deaths! We demons were.... were incompetent... to allow it to come in..."

"The rabbit deserves to be plucked of its fur and skin, broken its bones, removed of its tendons, put into a bowl to be boiled and cooked!"

He lifted his gaze towards the entire hall and slowly said, "Bring out the fire."

"Yes... yes..." the demons fearfully echoed yes and haltingly crawled out. In a moment, they had prepared a hot metal wok of burning flames of fire.

"Won't these mortal flames insult this rabbit?" He picked me up by my ears again. Although he did not use strength, I felt the flow of my blood vessels reverse in an instant, "Put the samadhi real flames"

I started to shiver.

Quickly, the demons announced, "The Great One, we have prepared the samadhi real flames."

Phoenix slowly nodded his head and the drop of blood finally slid off his nose down to the floor. He cleanly stretched out his hand and threw me into the fire, there was not a moment of hesitation - his conviction to kill clear.

Very quickly, I felt myself being swallowed by the flames in a burning hell, I closed my eyes... but in the next moment I felt a moist embrace.

I opened my eyes and saw the Nightmare Beast holding me in its mouth and escaping from the hall as fast as lightning. In a few hops, it had started to fly. To think that I thought I had managed to ditch it!

In the confusion, I turned back and only saw a chaotic landscape of fire.

Comments: I loved chapter twenty one so much! It was everything I wanted it to be. I thought the encounter with Phoenix and Jin Mi was really epic and filled with the frisson entirely deserving of  two people filled with all the spectrums of love and hate.
Posted by Decembi at 13:33