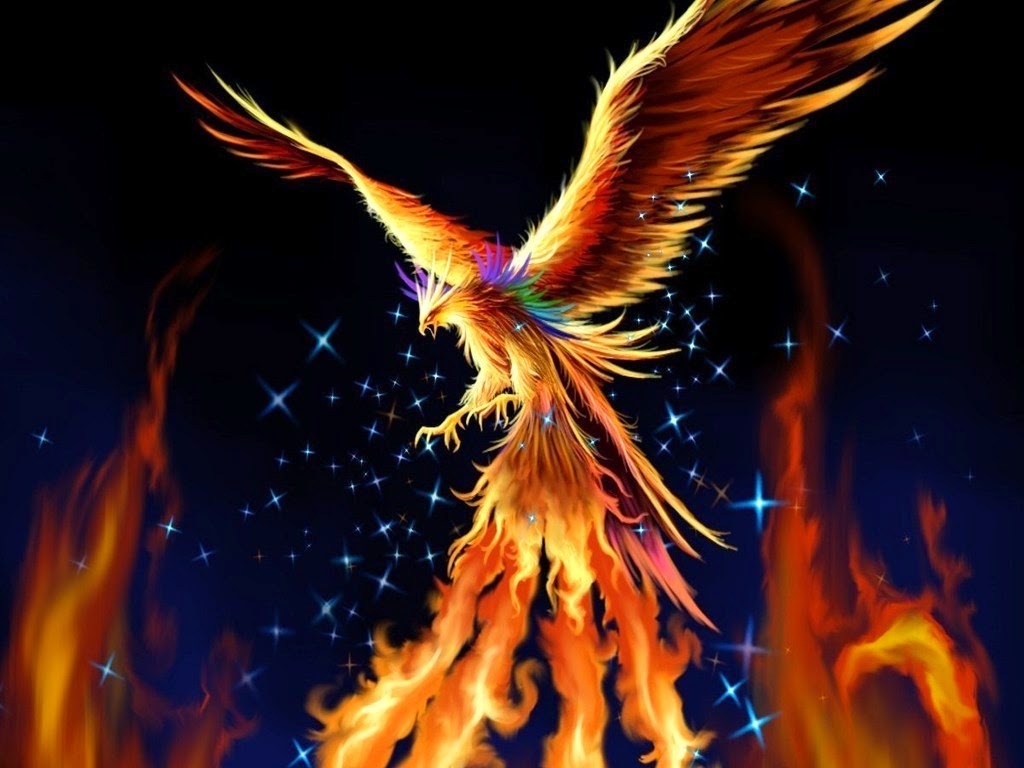 How has the new year been for everyone? I have been so overwhelmed with social commitments (birthdays, weddings, etc) that I had little time to really sit down and read or even think in the new year. I'm starting to realise why people have staycations - sometimes you need to actually "reserve" time for yourself to recuperate.

I sat at the side of the bed and massaged the soles of my feet. They must have been bitten by the ghosts in the gap in the tree stump. On my feet, there were many lines of abrasions of different depths. I felt a little sad over these injuries... Night had medicine for these injuries... the previous time when I had jumped into the River of Forgetfulness and gotten hurt, he had gotten someone to go to the end of the East China Sea to obtain mermaid tears to cure my wounds. But... to get the medicine from him, he will definitely find out that I went to the Demon Realm, and if he knew I went to the Demon Realm, he will be unhappy...

Luckily, I had taken advantage of a gap to become steam and escape from the Demon Realm to return to the Heavenly Realm, so I did not disturb any god or ghost. I only had some mild physical injuries on my feet, I only needed to bite my teeth and endure. Just as I had decided to tolerate it and let it pass, I saw a white light at the edge of my eyes.

"Mi Er," A heavy voice called for me. I was shocked and hurriedly covered my feet with the silk blanket.

"What happened to your feet?" Night lightly landed at the bench near my bed, his voice was neither high nor low, and he asked again, "Where did you go last night?"

He pressed down on the wrinkles between his brows, without saying a word he lifted up the blanket, the injuries on my feet was completely exposed before his eyes. I shrunk my toes and heard him say, "Mi Er, you must know that no matter what you do, I would not blame you. You don't need to hide from me. But, the only thing I cannot allow is for you to hurt yourself. Yesterday, did you go to the River of Forgetfulness?"

I did not answer but my guilty heart relaxed a little. It turns out he thought I had entered the River of Forgetfulness. He let out a sigh and took out the medicine from his robes. He personally dabbed the medicine on my feet. I did not know why but I suddenly felt a little panicked and I shrunk my toes, "Let me apply it myself."

He did not stop, his brows did not rise. He calmly said, "What is there to be embarrassed of between us?" In that moment, I did not know how to answer. He gripped my feet tightly, "Mi Er, when will you be willing to marry me?"

My feet subconsciously stiffened and I mumbled, "You must know, I have been struck with a voodoo spell. I don't want to infect you."

His hand froze, after a long while, he finally continued to apply the medicine. Gently, he lowered his eyes as if he was concentrating on his hand movements, he repeatedly said, "Voodoo spell... voodoo spell?" He lifted up his head and smiled, "You know I do not mind. Besides, I'm afraid I was struck with this voodoo spell even before you."

I was startled for a moment and my heart tightened, I did not know how to answer. But, he lowered his head again and lightly applied the medicine for me, as if he did not care and was not waiting for my answer. My heart that had rose finally steadily landed. We silently faced each other without speaking. After both of my feet were completely applied with the medicine by Night at least seven or eight times, he finally placed my feet down and stood up. He brushed his sleeves that did not have a single crease and said, "I must discuss matters with the gods, you should rest in the yard for these two days to recuperate."

I gave a sound in affirmation and saw him turn and leave. At the door, the Nightmare Beast that had eaten a full meal last night shrunk back, he fearfully laid down on the floor, only lifting up his head and bowing to Night after Night had travelled very far away. Li Zhu brought breakfast and started to nag when she saw me, she started with a "Great God, you really don't love yourself" and ended with a "You only know how to make the Heavenly Emperor worry for you".

I really could not understand how a glorious and great Heavenly Emperor like Night could be described like a emotionally burdened and lost scholar by Li Zhu.

I thought the injuries on my feet would recover fully within two days, but they actually took half a year to fully recover. During this time, everytime I tried to get up and walked, I felt a burning prickling pain under my feet. Although there was a tiny voice that repeatedly begged and pushed me to go see the person who placed the voodoo spell on me, but no matter how much I tried, I could only hobble breathlessly to the entrance of the Nine Star Palace with the help of Li Zhu. It was only when I was lying down or sitting that I did not feel pain. There was no way for me to ride a cloud, so in this half of year, I did not even step out of the Nine Star Palace.

Although I did not step out, just the thought of that person being alive in the six realms, gave a strange sense of peace in my heart. I ate less sweets, and I even ate some normal food sometimes. Thus, I was certain that it was Phoenix that had placed this voodoo spell on me. But it was not clear if I had solved the voodoo spell, whenever I thought of Sui He and Phoenix together, my heart became extremely uncomfortable. It was likely that the voodoo spell was not completely resolved yet.

Today, the Head Flower Leader took time out to visit me. Coincidentally, my feet had recovered and so I excitedly personally made tea for her. The ties between the Flower World and the Heavenly Realms had improved greatly since Night became the Heavenly Emperor. The Flower World abolished the ban to the Heavenly Realms so the gods and sprites could travel easily between each realms. In the last twelve years, the twelve leaders will frequently visit me when they came to the Heavenly Realms, but because the voodoo spell was so deeply ingrained within my body, everytime when they came, I would only silently sit. When they asked me questions, I would answer in a random fashion. Sometimes Night saw that my mental state was not good and would politely decline the visits.

But, today, the Head Flower Leader was shocked as she saw me pour tea for her, "Jin Mi, how is your body lately?"

The Head Flower Leader nodded, "I have heard that the person struck by the voodoo spell will act like he or she has lost his or her heart. They cannot control their words and actions and are no longer themselves."

"It is exactly like you said. I'm afraid I have been struck by a voodoo spell."

The tea cup in the Head Flower Leader's hands landed on the table with a sound and she looked at me strangely. Since she was confused, I explained to her my symptoms over the years. The Head Flower Leader's expression darkened and her brows furrowed as if she had fallen into deep thought. After half a moment, she seriously looked at my face and then spat out something completely shocking, "Jin Mi, have you fallen in love with the Fire God?"

My hand loosened and the entire cup landed on the floor. "No, it is definitely not so! How is that possible? That is ridiculous!" I stood up and determinedly rejected the Head Flower Leader's ridiculous conclusion, "I have only been struck with his voodoo spell. On that day, I saw a pearl of sandalwood, that pearl must have a problem!" I tightly gripped the palm of my hands.

"I cannot remember clearly. I only remember a pearl of sandalwood the size of a praying bead," There must be something suspicious about the pearl! It must have something to do with the voodoo spell! But, the Head Flower Leader's face became completely white.

"What pearl are you talking about? Let me hear about it too." From outside, Night had came in at this time. Receiving a handkerchief from Li Zhu, he murmured as he wiped his hands. He placed a stool for me to sit down, not caring about the rule that the Heavenly Emperor must always be in the most prestigious position.

Because of the Head Flower Leader's preposterous guess, I was in the heat of anger and responded without thinking, "We are talking about the voodoo spell." Night's face darkened as he lightly answered, "Ah." He looked at my feet and calmly asked, "Are they still painful today?"

"I wanted to tell you that they are much better," If it was not for his medicine, it was unlikely for my injuries to recover in half a year. Since it was his effort, I stood up and walked two steps for him.

Comments: Ah, our dear clueless Jin Mi. It's clear for all to see, even the cold Head Flower Leader, that Jin Mi has fallen deep in love with Phoenix. She calls it a voodoo spell - but the symptoms also perfectly describes falling in love, giving your heart to someone else, such that you are no longer yourself.

It's wonderful that the Head Flower Leader finally know that Jin Mi has spat out the Unfeeling Pill. When all the secrets are revealed, will Phoenix still want Jin Mi?