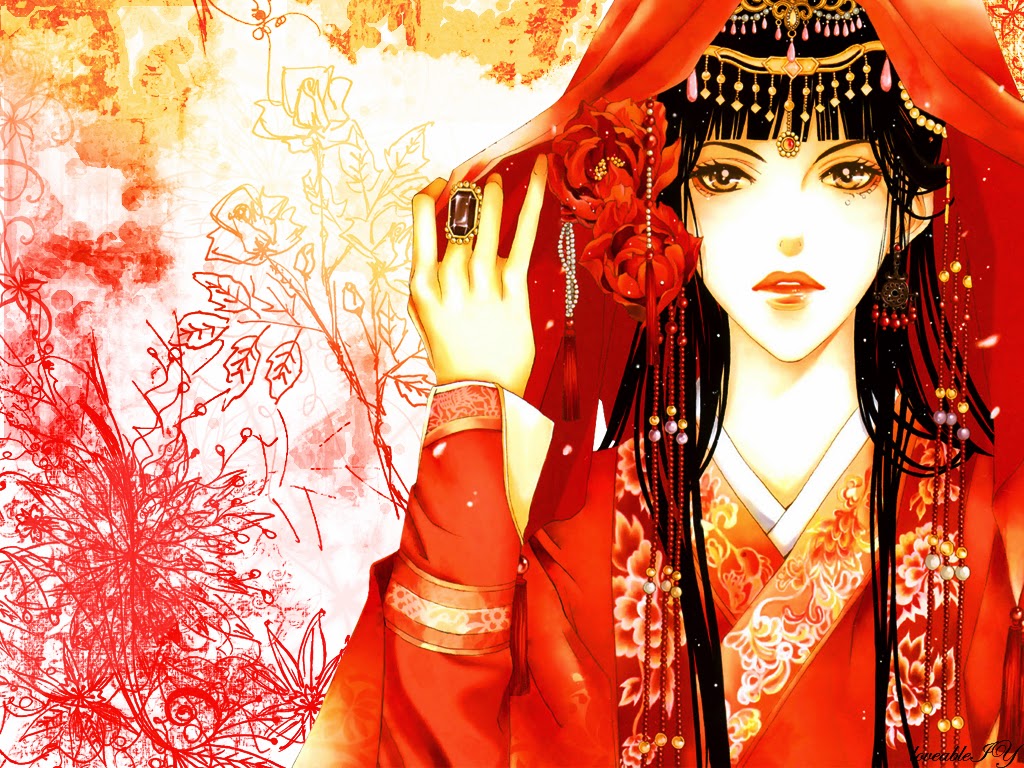 I must give my sincere thanks to Moonblossom for helping me translate Chapter 10 and 11. :) Her translations were beautiful and brought us to the grand stage of Shao Hao and A'Heng's wedding. A'Heng is getting married but the groom is not Chi You. Will the wedding be successful?

Chapter 12 is actually the chapter when I fell for A'Heng and really understood her as a strong and soft female lead. It's quite a long chapter so I have split it into 5 parts.

The title of the chapter is a line from the poem, 《虞美人 秋夕信步》 by a famous poet, Na Ling Xing De from the Qing Dynasty. The literal translation of the title would be, "Beauty Yu - Walking Aimlessly in an Autumn Night" - the poet is walking aimlessly in the night and thinking about his past with a beautiful woman.

The chapter's title comes from the first half of this famous line, 薄情转是多情累，曲曲柔肠碎. It is supposed to describe the poet's feelings of being burdened and troubled by love - how someone deeper in love will be more troubled than someone who has less feelings. But, somehow that meaning did not capture the whole line for me. I felt it seemed to be describing how when someone's feelings start to grow, it starts to entangle you - perhaps, a feeling that you thought was shallow somehow starts to grow depth and layers the more you reminisce and will forever enrapture you, causing your insides to want to break.

Chapter 12: As the Feelings Grow Deeper, the Heart Grows Tired (Part 1 of 5)

The fifth day of the fifth moon is Gao Xing's May festival. It's an extremely auspicious day suitable for weddings. Thus, the grand wedding of Gao Xing's Shao Hao and Xuan Yuan Ba was fixed on this day.

The citizens of Xuan Yuan prized talent and admired heroes. Since Gao Xing's Shao Hao was the top male hero in the lands, the dream husband of all the females, they were very happy for their only princess to marry Shao Hao. The citizens of Gao Xing prized status and bloodline. Xuan Yuan Ba was born from the Yellow Emperor's royal wife Lei Zu, and although the Yellow Emperor's bloodline was a little low, however Lei Zu was from the famous tribe of Xi Ling, her bloodline was respected and even once produced a Yan Empress. Xuan Yuan Ba was worthy of their first prince.

Although the culture of both countries were different, undoubtably, both sides were happy for this marriage alliance. The upcoming wedding of Gao Xing's Shao Hao and Xuan Yuan Ba became the happy news of all the households. Ever since they left Xuan Yuan mountain, everywhere the Xuan Yuan wedding troop went as they sent off Xuan Yuan Ba to Gao Xing, they were met with celebrating citizens.

Chang Yi knocked on the bridal sedan and happily told Xuan Yuan Ba who was inside, "Did you see that? The people are singing and dancing everywhere!" 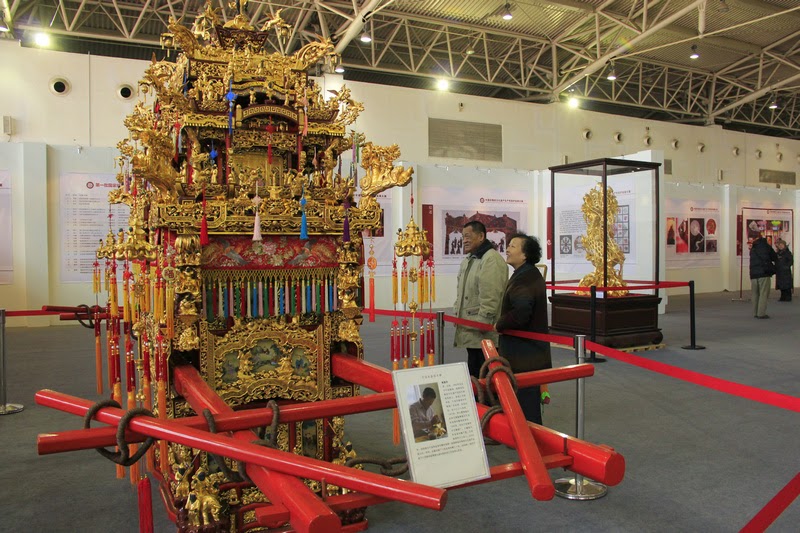 Xuan Yuan Ba was sitting primly inside the sedan. She said in a soft voice, "Yes, I heard."

Chang Yi said, "In front is Xiang Shui, Shao Hao's welcoming party is at the opposite shore of the river. According to customs, I can only send you to the river side, shall we rest here for a while?"

Chang Yi leaned at the sides of the sedan and said softly, "Although I should be very happy, but I am both happy and sad, I almost wish that we would never reach Xiang Shui."

Xuan Yuan Ba leaned her head on the insides of the sedan, as if she was leaning on her older brother, "Shao Hao is Oldest Brother's good friend, he will definitely treat me well, you do not have to worry. What's more, I am only getting married to Gao Xing, you can always come and visit me."

Chang Yi laughed, "Yes, that's what I thought too, and my land Ruo Shui is near to Gao Xing."

Xuan Yuan Ba asked, "When are you going to marry my future sister in law?"

"In a few years, it would be a good excuse to invite you home and we can all reunite."

"Fourth Brother, you must frequently visit mother in future."

"Yes, I will take care of mother, you don't have to worry about our family."

The officials in charge of ensuring the auspicious timing is preserved came forward to hurry them, "Your Highness, if we don't continue our journey, we will miss the auspicious hour. Gao Xing's welcoming party is already at the river shore."

Chang Yi lightly gave out a sigh and commanded for the journey to resume.

In a while, they reached the shore of Xiang Shui.

The parties on both side - one sending off and one welcoming, they looked at each other. The drums and trumpets were being played with increasing strength and joined with the cheers of the citizens from both sides, it seemed like the whole land was covered in celebratory festivities.

With Chang Yi's help, Xuan Yuan Ba got down from the bridal sedan. She was already wearing the clothing of Gao Xing, in a full robe of white since Gao Xing's royal colour was white. She appeared curvaceous and soft, her steps were light and gentle, while Shao Hao in the opposing shore was grandly robed and distinguished. Both of them gazed at each other from across the river, it was a beautiful emotional scene, where both appeared as perfect complements. The citizens from both sides felt their heart burst at the sight of this couple perfectly made for each other. 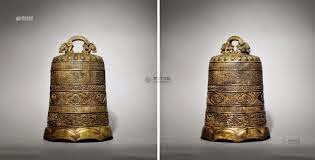 When the sound of the striking of the metal bell rang far and wide, the young boys and young girls of the Gao Xing Tribe in their customary clothes started to sing the song to welcome the bride.

[The above is an actual poem describing a grand party welcoming a bride. It's weird if I literally translate it and would not really capture the meaning of the poem. So, just imagine a song being sung of a bird coming home to roost, to make a home here forever, and she (the bride being compared to the bird/magpie) is being welcomed by two hundred guards.]

In the midst of this grand celebratory song, there were ten thousands of beautiful Xuan birds dancing in the air and they formed a bridge on top of Xiang Shui. This was the grandest most formal and respected way of welcoming a bride in Gao Xing. In the ten thousands of years, although there were many royal marriages, only the Jun Emperor's first wife enjoyed this welcome ritual.

The citizens on both sides had never seen such a beautiful sight and gave out cries of joy and surprise.

Shao Hao stepped on the Xuan bird bridge and under the lead of the Xuan birds, he was heading towards Xuan Yuan Ba, his robes flying in the wind, his whole aura outstanding.

Chang Yi smiled and moved back a few steps, he told A'Heng, "Xiao Mei (little sister), go! Your husband is waiting for you ahead." Looking at Gao Xing's grand welcome ritual, he can finally let his heart rest and allow his younger sister to step on this bridge to cross the river.

In the midst of the pleasing but formal song, and following the lead of the Xuan birds, Xuan Yuan Ba also stepped onto the bridge the Xuan Yuan birds had made for the marriage.

At this moment, the sun was shining, the winds were cool, the shores at both sides were luxuriant with greenery and flowers, there was nothing but a bridge made up by the Xuan birds, like the arch of a rainbow joining both sides.

Shao Hao and Xuan Yuan Ba followed the instructions of the ritual officer, step by step, neither fast nor slow, they slowly walked towards each other.

All of the people excitedly gazed at them, anticipating the moment when they met on the bridge and joined their hands.

But suddenly, an angry cry broke through the clouds, "Xi Ling Heng!"

Gao Xing Tribe's welcoming party had hundreds of people singing but their song could not cover the deep anguished cry from the clouds. Xuan Yuan Ba acted like she heard nothing and continued to walk towards Shao Hao.

Shao Hao's eyes quickly swept through the clouds. He also acted like he heard nothing and continued to walk towards Xuan Yuan Ba, but his fingers slowly moved to create a magical boundary. The wind started to blow faster, the river was covered with clouds and there were mists all around, the visions of the people from both sides were shrouded and they could not see what was happening on the river.

"Xi Ling Heng, have you forgotten our promise?" In the clouds and mists, a man in robes as red as blood stepped off the great legendary black Da Peng bird, and fell from the sky, his eyes full of anger and anguish. 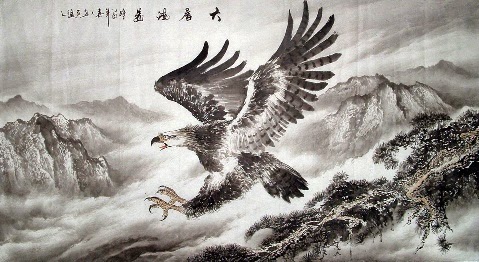 Comments: I love the way Tong Hua played with names as representative of identity - A'Heng is not referred to by her name 'A'Heng' in this chapter but Xuan Yuan Ba, only at one point, when Chang Yi was speaking to her as a brother, the author used her name A'Heng. Because A'Heng is no longer the simple A'Heng, but Xuan Yuan Ba, the royal princess of the Xuan Yuan Tribe, getting married for her country. So, it is Xuan Yuan Ba that is getting married, not A'Heng. That was why it was especially perfect when Chi You arrives on the scene and shouts, "Xi Ling Heng!" That is the woman who made the promise to him. Will A'Heng ever be able to reconcile all her identities?

It's also quite clever since the poem Tong Hua used to welcome the bride is titled "Magpie". Tong Hua also puts a twist to the romantic symbol of the bird bridge. Usually, the bird bridge is a symbol of universal love overcoming the odds, but ironically, the birds are uniting a couple in marriage but they are not in love. The true groom then arrives on the legendary great Da Peng bird. *SWOON*

When I read Lost You Forever, I was struck when Xiang Liu came to stop Xiao Yao's wedding - I saw the parallels of when Chi You came to stop A'Heng's wedding. At that moment, I thought --- Xiang Liu might be the one deepest in Xiao Yao's heart. Also, Xiang Liu stopping Xiao Yao's wedding with a promise appears to have paid homage to a famous scene in Louis Cha's The Heaven Sword and Dragon Sabre, except in the Heavenly Sword and Dragon Sabre, it was a girl stopping the groom from marrying someone else.

Look forward to Tong Hua's version of the lover comes to snatch the bride from the groom!
Posted by Decembi at 00:25