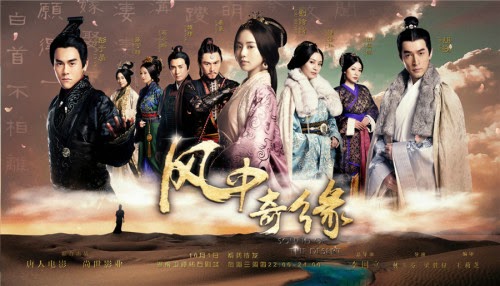 It's official (for now), Da Mo Yao retitled as Legend of the Sun and Moon and then re-named again with its official english title as Sound of the Desert (风中奇缘 - literally means miraculous fate in the wind) will be broadcast on 1 Oct 2014 on Hunan TV station, every wednesday and thursday from 10 to 12 pm.

Can I just say how good Liu Shi Shi and Hu Ge look together? 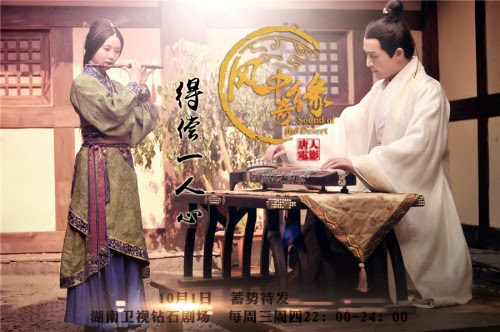 I have been asked before who I will cast in Heavy Sweetness and I have often thought of Liu Shi Shi as Jin Mi and Hu Ge as Phoenix, but if we use the drama pictures from Sound of the Desert - then Hu Ge will make a perfect Night (even though Eddie Peng is the one in black) and I will ship Night and Liu Shi Shi as Jin Mi all the way! 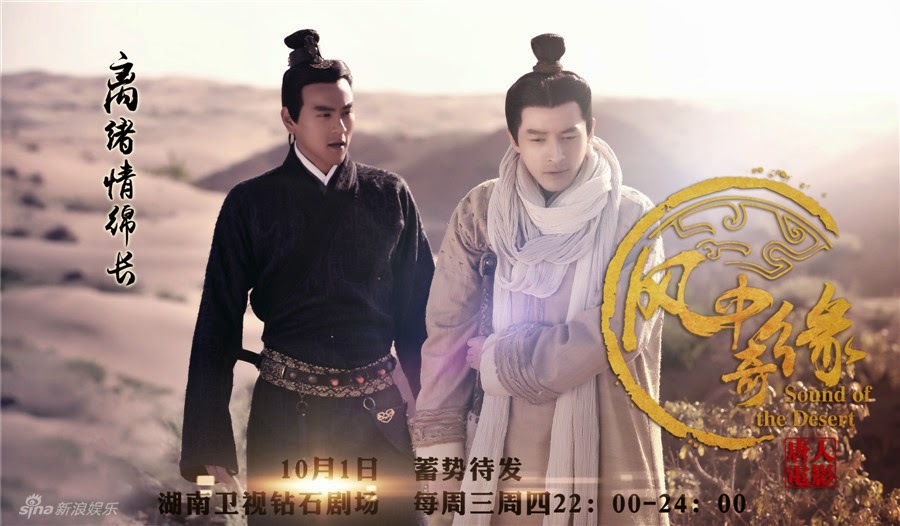 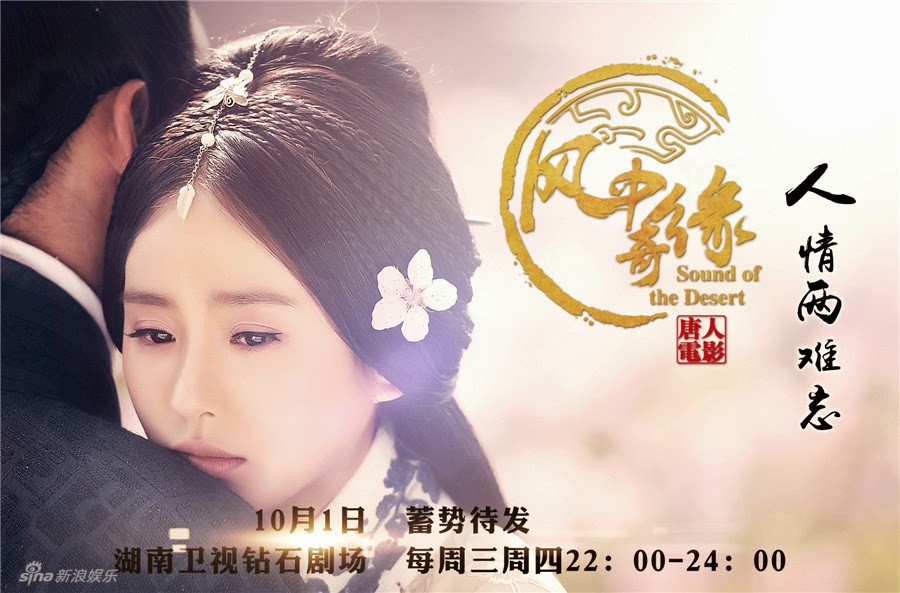 Liu Shi Shi looks so sad because she knows she should have picked Meng Jiu (Hu Ge)! 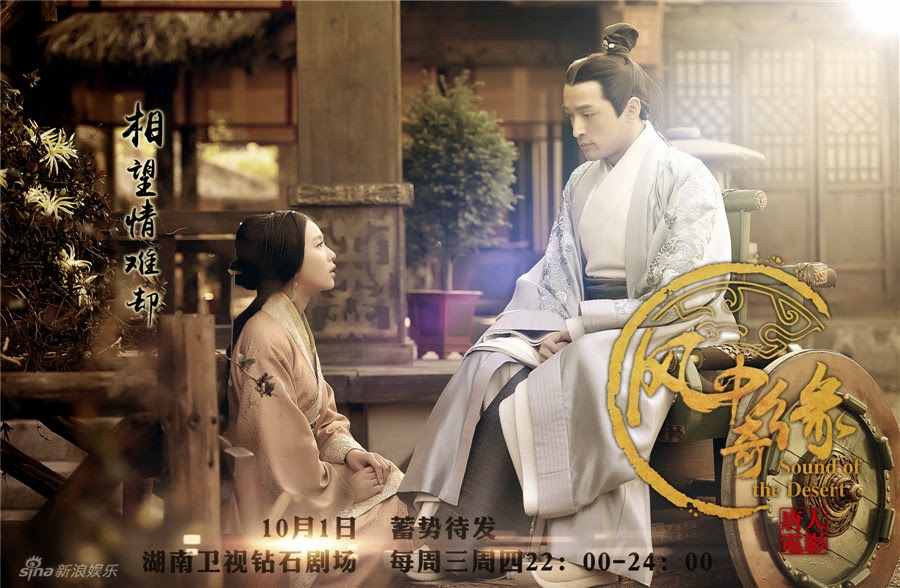 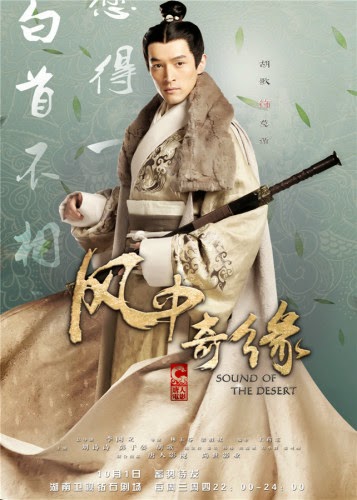 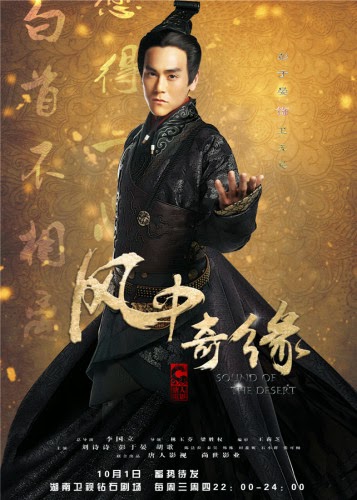 I think Eddie Peng looks fine and he seems to have some chemistry with Liu Shi Shi in the trailer, but I just know I'm going to ship Hu Ge with Liu Shi Shi all the way. Ah, this is going to be painful to watch.
Posted by Unknown at 07:00

Email ThisBlogThis!Share to TwitterShare to FacebookShare to Pinterest
Labels: Da Mo Yao, drama, Legend of the Sun and Moon, Sound of the Desert