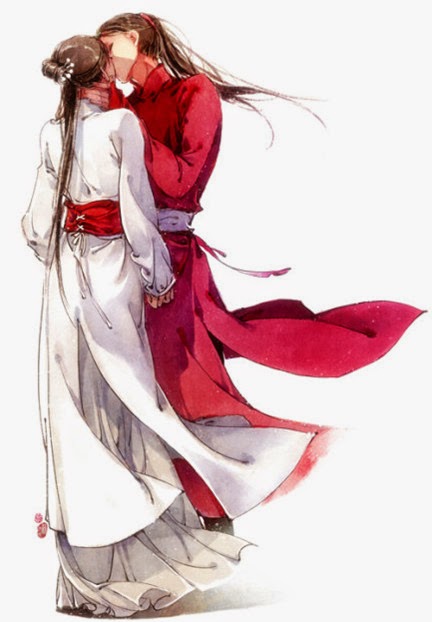 What I like about Heavy Sweetness is that all acts have consequences. In Chapter 17, some of the earlier causes will finally have their effects - with this, everyone will have to quickly figure out where they really stand. Most of all, where do you stand, Jin Mi?

In Daddy's backyard, I took a few traces of clouds, opened an empty space and placed a few banana leaves at the moist and cool parts. In just a while, in the mist of the stream and false mountain, there grew two banana trees. No matter how I looked at it, I was happy. My current skills at planting flowers and grasses did not let down my title as the Flower Goddess' daughter. I placed a bamboo seat under the coverage of the leaves and with a cup of fresh water, I was prepared to fall asleep.

"Jin Mi Immortal, his Fire God Highness is requesting to see you at the entrance," Just as I sat down, an immortal child that guards the Luo Xiang Manor reported to me.

I closed my eyes and waved my hands, "I will not see him." Thinking of how my divine energy seemed to have deteriorated instead of improving, no matter how easy-going my personality was, I could not help feeling slightly despondent.

As the little immortal attendant went to reject Phoenix, I listened to the soothing sounds of the stream and started to fall asleep. In a short while, the immortal child returned, "His Fire God Highness says that he must see Jin Mi Immortal today, if not he will stand guard outside the Luo Xiang Manor."

This Phoenix... why after a night he has fallen from the proud and almighty to someone so shameless? These words are really not his usual style. Today, Buddha Grandfather was giving a sermon in the West, the gods and immortals of the six realms have gone to attend. Daddy went, Night went, even the Moon God went. In fact, all the gods including the Heavenly Emperor had went, but why didn't Phoenix go as well?

"Tell him that no matter what I will not see him today," I told the little immortal attendant. As I stabilised my breathing and saw that the immortal child did not return, my heart started to relax because Phoenix must have left. Just as I was about to close my eyes entirely, I was shocked to see Phoenix before me. The little child was holding his fist respectfully and not sure which side he should go to, "His Fire God Highness... Jin Mi Immortal..."

Phoenix waved his hands indicating that the little immortal attendant could retreat. Immediately, the immortal child gave a bow and quickly left. I grind my back teeth and thought that authority was definitely something that needed to be supported by divine strength. Phoenix exchanged glances with me, his gaze was determined as if he could see through something, I felt emotional and immediately turned away my gaze. He suddenly stretched out his hand and held my shoulder, I turned my head in surprise, and became even more surprised at the hesitant expression in his face.

"It's natural for you to be angry at me, last night... I broke a commandment*..." Phoenix's usual dazzling proud eyes was stern, but his expression was surprisingly moving and determined. Although his lips did not smile, his mouth was faintly up-turned such that one could see his rare, once in a hundred years, dimples. On his cheeks, there were an unnatural glow, I looked in shock, could this be embarrassment? As if to hide his expression, he suddenly came forward and pulled me into an embrace. After a while, something soft landed on the top of my head, "But, I have no regrets. Even if last night happened again, even if I was not drunk, I will do the same thing again."

His palm was warm and soft, he lightly brushed my back, suddenly all the pains in my back disappeared, "Jin Mi, you know my heart. Even if you are angry at me, even if you curse me, I am determined not to let you marry Night!" His words were proud and arrogant, but his gaze into my eyes and face revealed a sense of unease, as if he was looking for some traces of support.

Ridiculous! I pushed him away. I did not know why I lost my usual calmness, I lifted up my feet and fiercely stomped on his toes, "Whoever destroys the marriage will go to hell, naturally I will marry Night!"

The wide banana leaves swayed in the wind and covered the warm sun. The leaves shrouded Phoenix's face in darkness, he stood unmoving as I continued to stomp on his toes. His silence was unnerving. After a lengthy silence, he said in a low voice, "Going to hell - so what?" He gave a smile, "There is nothing in the universe that I am scared of!"

Phoenix's moods are temperamental, one can never tell when he is happy or angry, in a while, his expression changed and he became surrounded by a sense of deep sadness, "For you to speak to me like this... after last night, I excitedly came here full of hope, but the first words you said to me are that you vow to marry Night..." He pressed his temples, "Jin Mi, I think, there will be a day when I will finally kill you."

I was shocked as I suddenly remembered how he tried to take my life twice already.

In the end, we parted in unhappiness. Before Phoenix left, he gave me a look that caused my heart to tremble, to feel choked up as if I was drowning. I saw that behind his clear crystal-like gaze was a sense of helplessness and confusion, a sadness that only a little boy could possess.

I sat in the backyard in a daze for half a day, until the sun was as high as three bamboo poles, an immortal attendant came to say Tai Shan Grand Immortal had invited Daddy to go try his red pills**. I became curious, did Tai Shan Grand Immortal not go to listen to the sermon today? Even if he did not go, he should not have forgotten that Daddy will definitely go. Then I thought, Tai Shan Grand Immortal only cared about researching how to make the pills and investigating the uses of various herbs, he did not care about the worldly affairs - often, he would be so engrossed in making the pills that he did not know the time nor season. It was not strange for him to forget about today's occasion, I told the immortal attendant with the invitation, "Water God went to the West to listen to Buddha's sermon, he is not in the manor today."

The immortal attendant seemed to have realised something and hit the back of his head, "Ah, indeed. My master had just came out from his isolated meditation and must have remembered the occasion wrongly." He hesitated for a moment and said with some difficulty, "A special set of pills with nobody to test it, my master will be so dejected. I don't know if Jin Mi Immortal is free? Since I cannot invite the Water God, to invite the Water God's daughter would at least allow me to answer to my master."

I thought for a while, since I did not have anything to do and I had long heard about Tai Shan Grand Immortal's pills... it could bring back a person from the death and it could even give one immortality, I could take the chance to see this for myself. So I answered, "That is also fine. I invite you to lead the way."

The immortal attendant bowed forward and led me towards the east. I followed from behind riding on a cloud. When we reached a manor, I followed through a series of entwining corridors like a maze. I found it strange that this manor was not arranged in the "Ba Gua" formation, it seemed to resemble a foreign tribe's totem. 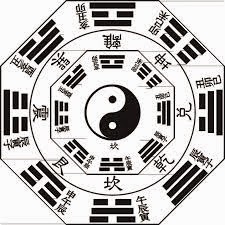 Just as I was feeling suspicious and confused, the immortal attendant stopped in front of a wooden door. The door had no carvings and appeared imposing and heavy. It did not have the usual elegant appearance of the doors in the Heavenly Realms but actually resembled the chopping board in the mortal realms. The immortal attendant smiled widely as he knocked on the door and directed me to enter. Before I could take a step and look carefully at what laid inside the door, I felt a strong brute force push me from behind and I fell forward into the door.

I heard the door slam close behind me. My heart fell.

I lifted up my head, and saw a back dressed in exquisite shining gold robes turn towards me. Behind her, was a swirling flower bud structure.

I finally recalled - the internal hallways of this manor was arranged in the totem of the Bird Tribe.

"Jin Mi Immortal, you have made me wait for a long time..." An imposing, arrogant and intimidating voice. If this was a chopping board, she was the butcher's knife and I was the fish meat.

*诫 - it's like a warning/personal vow.
** 丹 is like special pills for different purposes, eg, immortality, Jin Mi's own unfeeling pill.


Comments: Haha! Can you guess who is the golden figure?

My favourite part is when Phoenix said, "Going to hell - so what?" The wheels of fate is spinning rapidly.... will Jin Mi really be fish meat? Though, I must say, she probably deserves a little bit of it...