Fiction: Little Moon's Matchmaking Mission (An Chi's Epilogue: The Prince and The Beast) 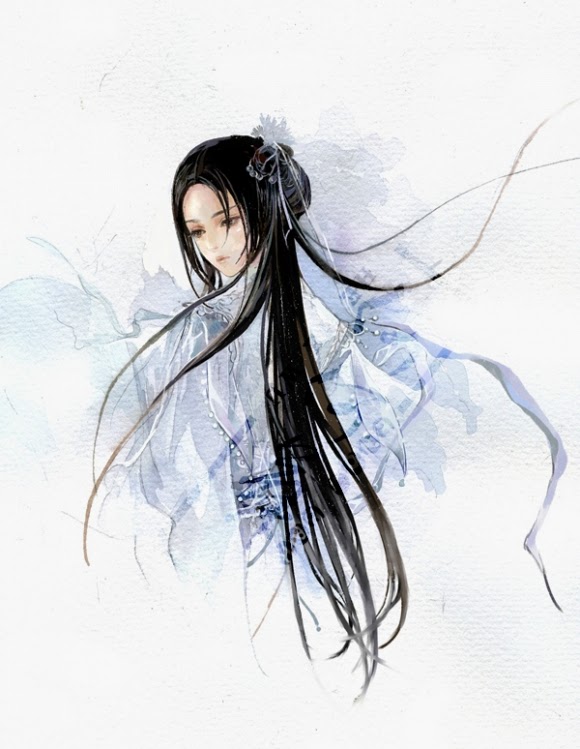 I'm posting An Chi's epilogue first because it feels most fitting and closest in time to the ending. I like An Chi as a character, she's a girl who has been lovingly protected, and only wants to lovingly protect.

An Chi's Epilogue: The Prince and the Beast

I was born in the same year as Qing Ge Ge and Hsiao Ge Ge, only a few months after the birth of Hsiao Ge Ge. My father and the Emperor were sworn brothers and as they drank in celebration at my birth, the Emperor had famously said, “An Chi shall marry the Crown Prince.”

Officially, this was treated as an intoxicated jest, but it became a golden premonition that circled around my life.

There would always be a happy ending. The princess will always be saved by the prince. Only the prince changed each time the story starts again.

The year we turned eleven, we never got to start the story again. I never knew what happened in the Royal Palace but Qing Ge Ge, Hsiao Ge Ge and I never got to play again. Qing Ge Ge had visited me with my favourite osmanthus cookies and told me, “You can play with Hsiao or me, but not both.”

I almost choked on my cookies, and couldn’t answer. Qing Ge Ge did not force me.

I waited and waited, but Hsiao Ge Ge did not come. A week later, I received a letter from Hsiao Ge Ge. I could recognize his calligraphy – sleek, graceful, famous in all our lands. It only had four characters, “他需要你 (He needs you).”

I remembered once we had a mooncake party at my residence. The moon was full, we lit our lanterns and ate mooncakes till our stomachs could take no more. I had watched Qing Ge Ge and Hsiao Ge Ge, both of their faces were so identical when they were young. I was often asked, “How do you differentiate them?”

I did not realize then, but I wondered later if Qing Ge Ge realized that he could always move forward so confidently because he knew Hsiao Ge Ge was behind him?

Hsiao Ge Ge left the Royal Palace when he was sixteen. I was surprised, but happy, when Hsiao Ge Ge visited me before he left the Capital. He gave me a painting and left with a bright smile, “I am going to go see the world! I may never come back.”

Just like the crescent moon, in my heart, the illuminated part was Qing and the shrouded part was Hsiao. As time passed, I thought Hsiao Ge Ge was true to his words, he may never come back.

But he did. And he came back to claim the throne.

The day when the sun turned black for a moment, it heralded the end of the old era. Qing Ge Ge visited me that very night and told me tersely, “Father crowned Hsiao as the Crown Prince.”

He gave me a piercingly bitter smile, “You should be happy. You can be with your Hsiao Ge Ge now.”

I lifted up the jade bangle on my wrist, “Have you forgotten our promise, Qing Ge Ge? We can elope.”

Qing Ge Ge got very drunk that night and his guardsmen had to carry him back to the Royal Palace.  The next morning, he abruptly arrived again at my residence and told me that Hsiao had went to the Empress’ Palace to obtain a marriage token.

I shook my head, remembering Hsiao’s words when we were young, “Hsiao Ge Ge does not mean to marry me.”

Qing Ge Ge laughed, a long bitter laugh, “Didn’t Hsiao also say he was giving up the throne when he left at sixteen?”

Qing Ge Ge told me to write a letter to ask Hsiao Ge Ge to come and meet me. “We will finally all meet again in the garden,” Qing Ge Ge laughed.

Everyone always says I live up to my name, An Chi (安池 calm pond) – silent, still, serene.  I would always listen, and never speak.

I love Qing Ge Ge, this man full of pride and wounded scars. He was lonelier than any man because he forced himself to stand taller and higher than any man. But, I also love Hsiao Ge Ge, watching us carefully by the sides, painting us as young children in the garden, what a wonderful dream!

I did not have a choice, because I had been waiting all my life for one moment. One moment, my dear Ge Ges*, for An Chi mei**, to be the one who saves her princes.

So, the Prince, the Beast and the Princess, could all live happily in the garden once more.