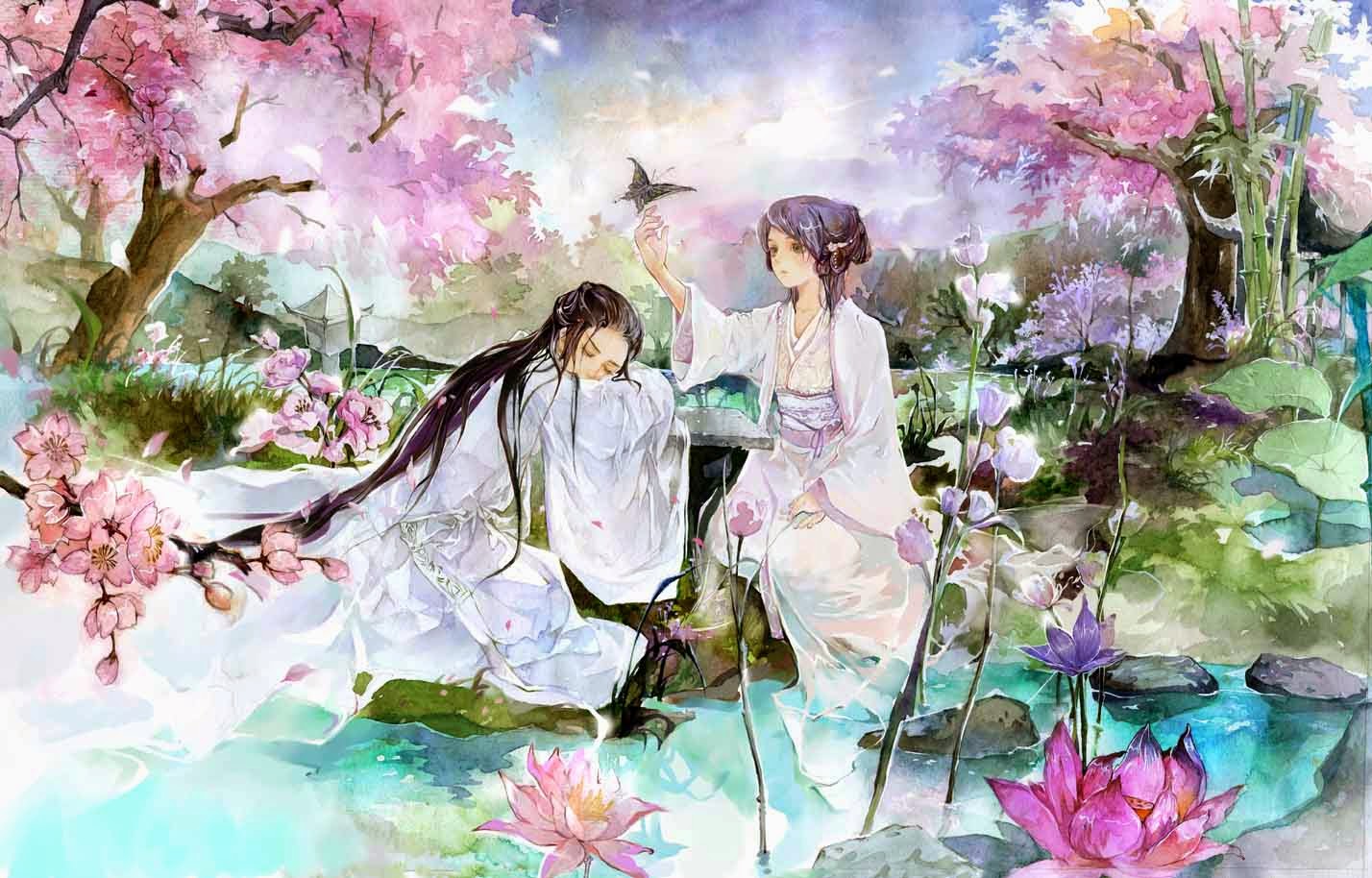 Thanks everyone for the well-wishes for my health and the story! I do hope you will enjoy the start of Yue and Hsiao's adventure! 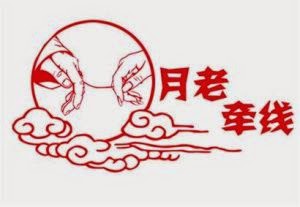 Chapter 2: In which Hope is Born

After giving me a skeptical look for a moment, Hsiao gave a whistle and shortly, a magnificent black horse galloped over. I gave a small gasp as Hsiao patted the horse’s back and called it, Black Beauty. Indeed, it was a black beauty, with a white star on its forehead.

Hsiao got on his horse and looked at me. I was about to say I will meet him at Zi Town since I only needed to call for a traveling cloud, when I realized that such a mode of transport would probably seem inappropriate. I gave him a sweet smile, “I’m afraid my horse ran away. Maybe we can ride together to Zi Town and I will get another horse then.”

Hsiao reached out his hand and pulled me up his horse. And, thus we galloped off.

Unfortunately, horses are much slower than traveling clouds so as the sun set and the night descended upon us, we were still at least a day’s journey away from Zi Town.  I gave an inward sigh, if only I could tell Prince Sun to delay the setting of the sun, with our current speed, I do hope we will reach Zi Town in time.

We managed to find a simple wooden house and decided to see if we could stop here for a night.

Hsiao helped me off the horse and we knocked on the door. A pleasant round-faced woman opened the door. It was then I realized that she was heavily pregnant.

“Evening good lady, we were traveling to Zi Town when night fell, we are wondering if we could rent a room for the night before we continued our journey tomorrow,” I smiled at her.

The woman reached out to stroke my cheek, “You have such a nice rosy complexion, Miss.”

Hsiao and I were momentarily stunned. I chuckled nervously and adjusted the collar of my robes, “I’m afraid you are mistaken, good lady, for I am male.”

The woman blushed and laughed heartily, “Oh, but you look so much like a girl if not for your Adam’s apple. Come in, come in. My husband is out hunting for dinner. We have a small spare room if neither of you mind.”

So, we entered this small but cosy wooden house. The woman insisted on serving us tea, even though we offered to help ourselves upon seeing her extremely bulbous state.

“We don’t often get any visitors in these parts of the woods,” The woman said cheerily, “You can call me Mrs Xi.”

The kettle whistled at this point, but before Mrs Xi could reach the kettle, she gave a cry, her hands reached her stomach and she started to crouch downwards. I immediately went to her side and noticed that her water bag had broken.

Oh god of birth! Help us! I thought.

Without breaking a sweat, Hsiao went over, carried Mrs Xi up and headed to the rooms, “Get ready a pail of hot water and lots of towels.”

A few hours later, Mrs Xi and I were both incredibly sweaty, but a beautiful baby boy was safely born. Surprisingly, except for a few strands of hair astray on Hsiao’s forehead, he remained calm.

It was a huge relief when Mr Xi returned. He was a sturdy looking man with an honest face. He broke into a huge grin when the baby boy was placed in his arms. But, what I was looking at was the strong pinkish-red thread that linked the hearts of Mr and Mrs Xi.

In that thread, I could see that their marriage has been arranged, but through the years of companionship and affection, they have forged a strong understanding and quiet love for each other. What a lovely thread.

“I could never thank both of you enough,” Mr Wu said, his voice choked with emotion as he swayed the baby in his arms.

Mr Xi turned to us with big earnest eyes, “Please name our son for us, our benefactors.”

Now this is how you look at someone who just saved your life, I thought, as I gave Hsiao a look.

But clearly it went over his head as Hsiao gave me a smile, “What does Yue think?”

Mr Xi nodded happily, “Yes, he will be called Wang.”

It was later that night, when Hsiao and I sat at the wooden bench outside the house, with a small bottle of wine Mr Xi had brought us to celebrate Wang’s birth. Hsiao and I sipped the wine quietly under the glow of the full moon.

In the eyes of other people, it may appear that these were two solitary figures enjoying the moonlight. But in my eyes, I felt that my uncle was chaperoning me.

I quietly observed Hsiao. At first, and admittedly a large part of my motivation in re-connecting Hsiao with the three other women so he becomes Yan Kingdom’s next Emperor was to prevent karmic retribution on myself. However, after watching how Hsiao dealt steadily and efficiently with Mrs Xi’s sudden birth, I couldn’t help but think that Hsiao had the makings of a good emperor. He appeared kind and decisive, although there were times, like now, when one couldn’t tell what he was thinking.

I looked at the three red dots in my right palm. I will make you the Emperor, I thought firmly, I will fix all our fates.

Zi Town was incredibly bustling and crowded when we arrived. It appeared that the whole world, or at least all its men, had came for a chance to marry the beautiful Mei Yun (美云 - Beautiful Cloud), daughter of Qian Yun (钱云 - Money Cloud), the richest merchant in the Yan Kingdom.

I had read about their previous fates quickly before I came to the mortal realms, but I remembered that it was Hsiao’s marriage with Mei Yun and her family’s deep riches that contributed to the expansion of the Yan Kingdom.

I looked at Hsiao, who appeared oblivious to his competition.

There was a long queue in front of Cloud Manor as men were signing up for a chance to vie for her hand. Apparently, there would be three rounds and the winner of the three rounds would become Qian Yun’s son-in-law. It was being called the “Great Marriage Competition”.

I grabbed Hsiao’s hand and quickly joined the queue.

Hsiao looked at me, “You don’t find it strange at all that Qian Yun is having a competition to give away his daughter’s hand in marriage?”

I shook my head, “One can never understand how humans think anyway.”

Hsiao chuckled and seemed to shrug almost helplessly at my answer. But after an hour of queuing and my persistent pestering, Hsiao signed up for the Great Marriage Competition under my earnest beady eyes.

A part of me did not understand why I was queuing up with Yue, who was not only of suspicious background but also had suspicious gender. At first I followed Yue out of amusement and curiosity to see whether he was related to or sent by my Big Brother, but nothing about Yue made sense.

“Why are you so interested in me marrying Mei Yun?” I asked finally after we had signed up and Yue practically gave a yell of joy.

“She’s vital in your road to becoming an Emperor,” Yue said looking at me as if I was a child and he was just explaining the weather.

“I don’t have any interest in becoming an Emperor,” I said, and I added to test Yue, “And in case you have not noticed, I’m just an ordinary wanderer.”

Yue smiled, “That’s why you need to marry Mei Yun!”

I almost rolled my eyes when Yue clutched my hand tightly, “Our fates are tied already. Your success is my success, your failure is my failure. But, I promise you, I will fix your fate, and you will become the Emperor.”

Yue suddenly waved one of her hands and a white bird flew towards us, “I need to go, I plan to find out what the three rounds are so you will definitely win. You can use this white bird to send me any messages if needed.”

Yue paused for a moment, “I recall that Mei Yun likes poetry, maybe you can brush up on your poetry before the competition.”

With that, Yue gave me a pat on my shoulder and ran off.

I stood there in the middle of the bustling streets, voices and noises mingled all around me, but I only watched Yue’s disappearing back and could only hear Yue’s voice ringing in my ears, Our fates are tied together. Your success is my success, your failure is my failure.

How long has it been since anyone told me that?