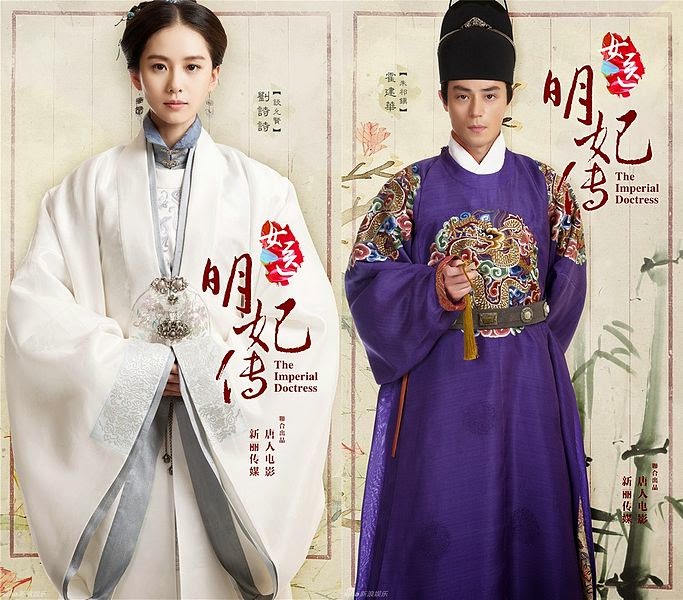 Hello! There's been lots of exciting c-drama adaptation news of c-novels!!! I don't actually "live" blog most of the time because of my hectic work schedule, but there's been a lot of drama adaptation news I wanted to share :). Also, I just wanted to add thank you to all those who had given me well wishes regarding my illness (I've been sick for a week so pardon me if my writing is a bit... garbled haha).

I've decided to write about the Imperial Doctress first, and I will do another write up of Wallace Huo's other drama adaptation of 《仙侠奇缘之花千骨》, I think cfensi translated it as Hua Qian'Gu in Fairyland(?). Remember my earlier write-up about ancient chinese genres? The first two words of the title is 仙侠 (xian xia) - so I guess a literal translation will be The Special Fate in the World of Immortals - Hua Qian Gu, but cfensi's translation is quite romantic and pithy. Now that I know it's going to be adapted with Wallace Huo and Zhao Li Ying, I'm super excited to read the novel :).

The Imperial Doctress will be the third time that Liu Shi Shi and Wallace Huo will be acting together. The Imperial Doctress is based on a real historical figure called Dan Yun Xian who was considered a woman who paved the way for females to be doctors in a society where women were only expected to be at home... 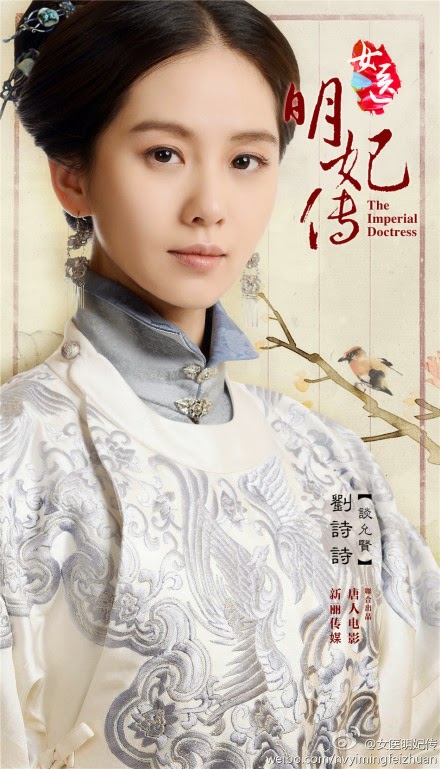 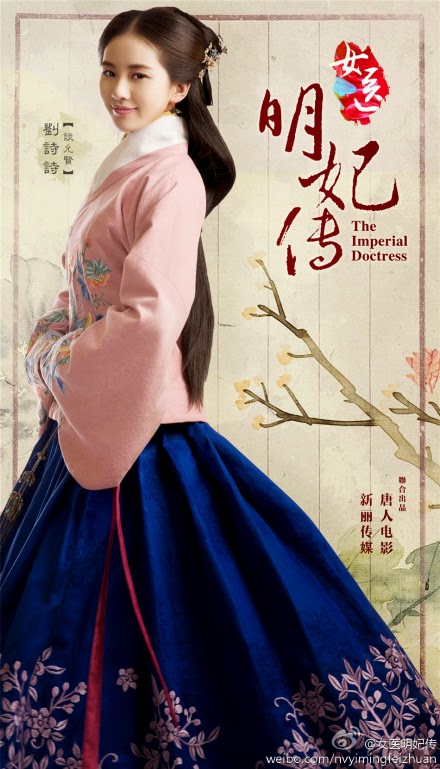 During the great Ming Dynasty, the times were prospering but the proprieties and rules were strict, women had low positions, they were not allowed to practise medicine, there were unmentionable diseases that were hard to treat. The Dan Family was a family with generations of doctors,  a few generations of their ancestor were imperial doctors, but because they were framed by despicable people and their family was almost eradicated, from then on there was a ruling in their family, the descendants were not allowed to practise medicine. But the smart Dan Yun Xian learnt from young, secretly watching her grandmother she learned the knowledge of chinese medicine, not only was she skilled and kind, she gained the support of the normal citizens after curing plagues and illnesses, and slowly she wanted to save the hearts of women in the lands. From then on, she will meet obstacles and difficulties in her journey in medicine, she will also meet criticisms and obstructions from the eyes of the people and propriety. But, with her passion and obsession with medicine, Dan Yun Xian will overcome all the obstacles and break frontiers in the medical profession, establishing a medical profession for women. From saving a person's body to saving a person's soul to saving an entire nation and creating a whole culture of medicine, she finally becomes the Imperial Doctress, and was famous throughout the lands. 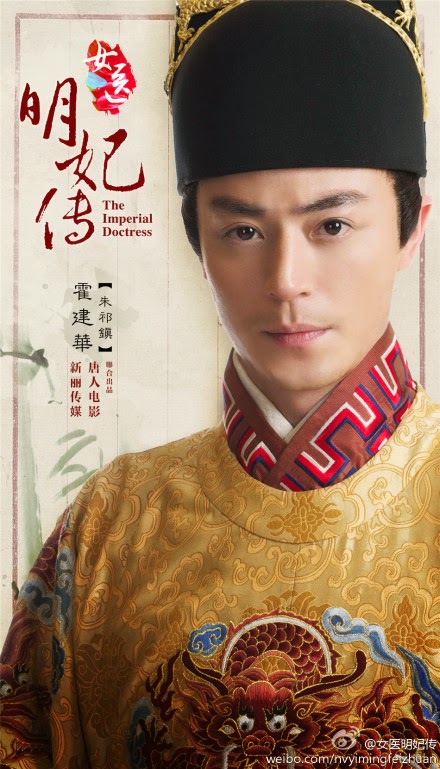 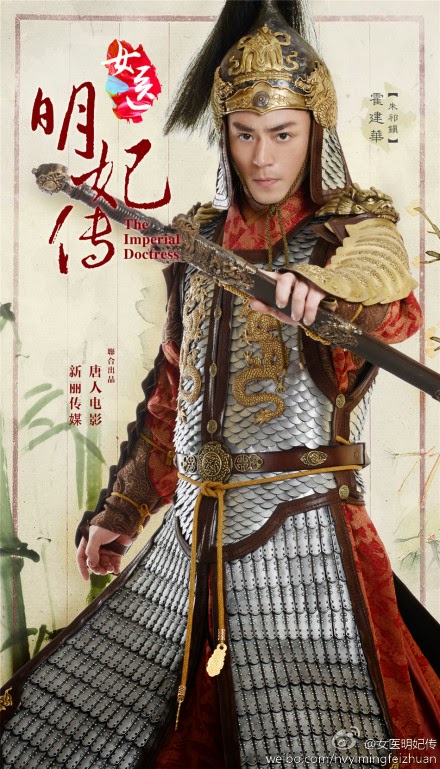 The male lead is Wallace Huo, who is the Emperor! It's hinted that she has romantic entanglements with the Emperor and his younger brother. This sounds a bit like the korean drama, Da Chang Jin. I do hope she ends up with Wallace Huo, although that would be historically inaccurate :(.

I actually follow the weibo of the drama and here are some of the scenes they have been filming: 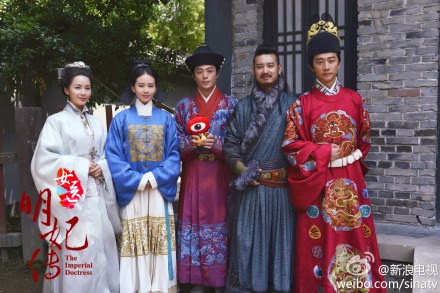 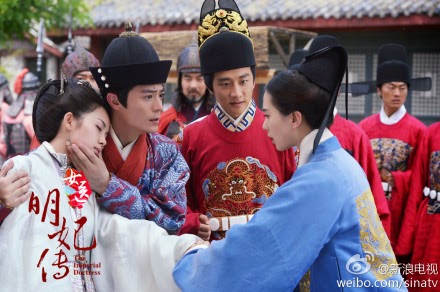 Filming is suppose to end in May! I generally don't like medical dramas, but the combination of Wallace Huo and Liu Shi Shi is so cute! 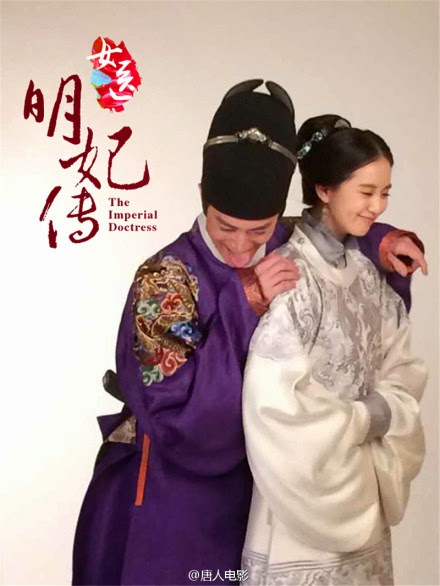