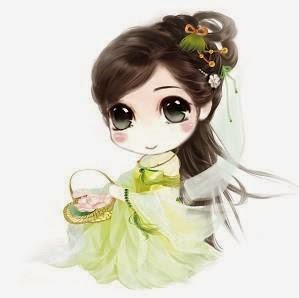 I've been wanting to write a short introductory entry about the various Ancient C-Novel Genres and some traditional chinese concepts that may not always be easy to translate. I thought this would also be useful for non-chinese readers who would like to recognise commonly used chinese phrases.

As a disclaimer, all these are just my personal views and based on my understanding of chinese, I welcome comments from others if they have other opinions to add! :)

The C-Novels we usually discuss about belong to the category called "言情" (Yan Qing), so "言" (yan) means speech and words and "情" (qing) means emotions and feelings, usually indicating romance. So "言情" is basically the romance section! Haha. In chinese, when we talk about romancing someone, there's a commonly used phrase "谈情说爱" (which indicates courtship, the romancing process, literally it means to discuss about feelings and talk about love). When someone asks you about who you are dating, they will usually ask, "你在和谁谈恋爱呢？" The key chinese words here are "谈恋爱" which is literally talking about love. So in chinese, talking about love = dating = 言情 (Yan Qing).

Have I given you a headache? In Singapore, many youths flee from Chinese because it's often taught by rote memorisation. Most youths will tell you, "I know the chinese word, but I cannot write it". Haha. It's pretty hard to remember all the characters in the chinese language, but the history of each character is pretty interesting.

Anyhow, at onesecondspring, it wasn't a conscious intention at all, but all the translations here belong to "古代" (gu dai), the ancient category. But, even within this sub-category, there are many genres.

I thought I would focus on three main ones which basically covers the translations currently on onesecondspring as well.

First, it's important to try and understand the concept of "侠" (xia). A "侠" (xia) is a hero, a knight, a chivalrous person who is full of honour, goodness and helps the weak. Although it seems to refer to a specific individual, I always liked to think of "侠" (xia) as a honour code, a just way of life and beliefs. 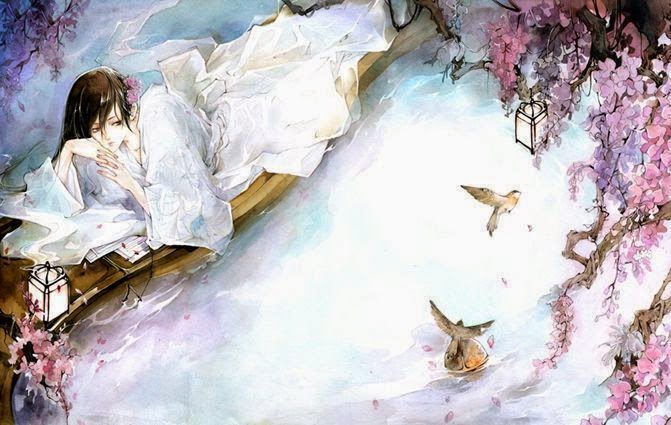 I think Lost You Forever and Once Promised also falls under the "仙侠" (xian xia) genre, although this leans more on the fantasy and mythology side. In these novels, the gods are so much like mortals because it is set in a time where gods still roam on earth, which is quite different from the normal "仙侠" (xian xia) setting where there is a clear demarcation between the Heavenly Realms and the Mortal Realms. 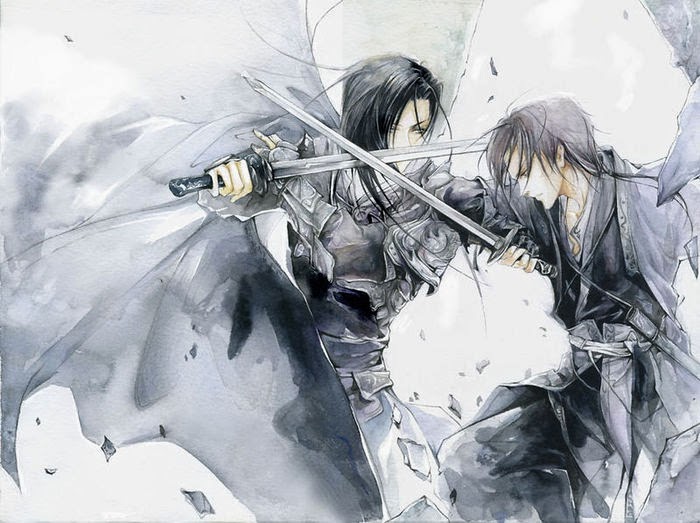 "武" (Wu) basically refers to martial arts, hence "武侠" (Wu Xia) refers to stories set in the pugilist world. The most famous example on onesecondspring would be Gentleman Free Floating Cloud, where you have the Central Plains and the Bai Ming Sect (the supposedly "evil" unorthodox sect). Actually, the "武侠" (Wu Xia) genre is bigger than the "言情" (Yan Qing) category and is usually male-dominated. The most famous author would be "金庸" (Jin Yong), most of his works will be considered under this genre. In these stories, you will usually find secret manuals, the search for the most powerful martial arts, the battle for supremacy in the "江湖" (jiang hu - the rivers and lakes which refers to the pugilist world).
On a side note, the Ancient Wife Doting Series have characters that seem to easily fit into the "武侠" (Wu Xia) genre, for example you have the highly skilled Long Fei from the Dragon Flies Phoenix Dances as one of the main male leads - but they won't be considered as falling under the pure "武侠" (Wu Xia) genre. So, sometimes novels are a mix of genres and tropes! 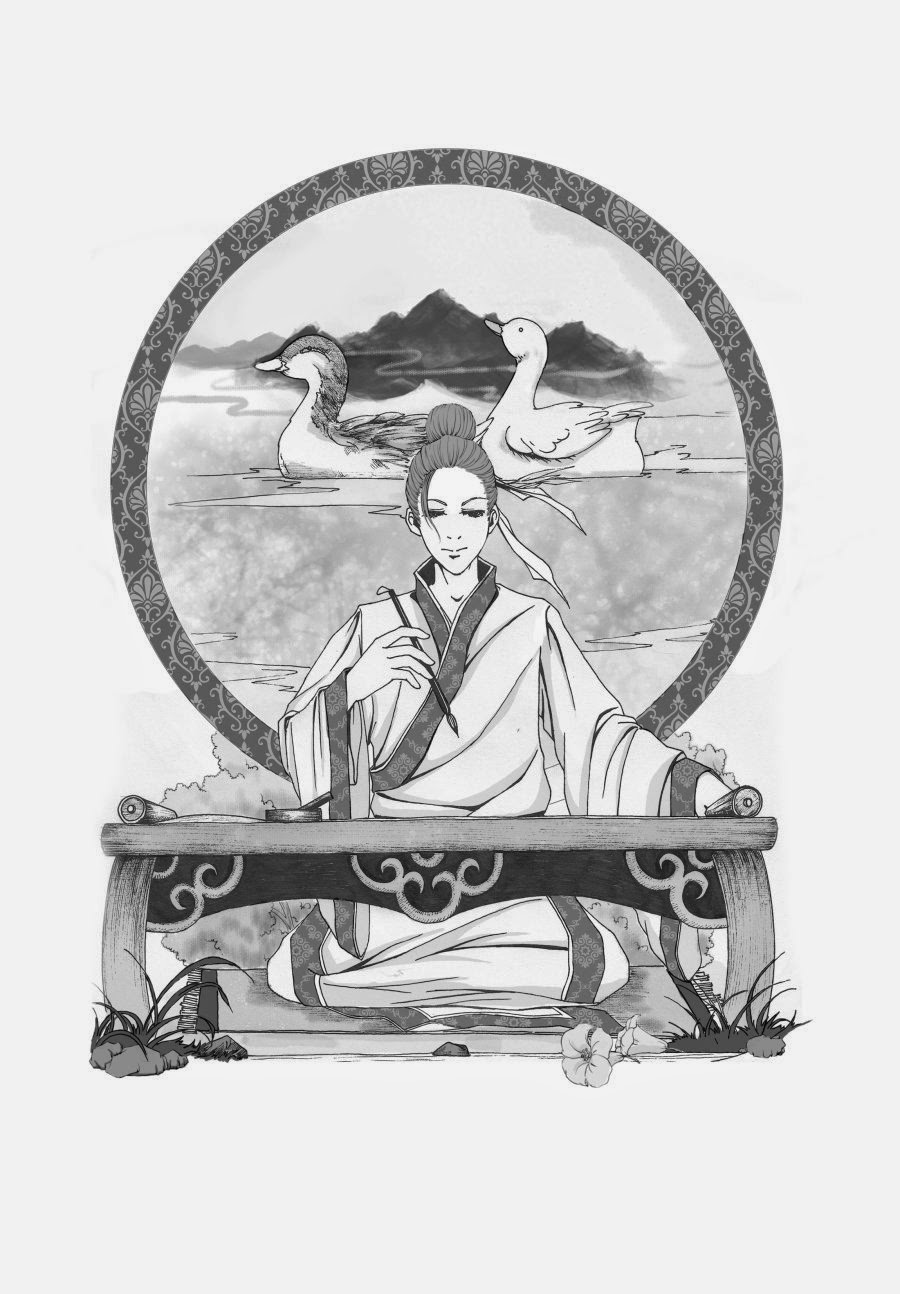 In all honesty, I do not know if the term "宫" (Gong) is actually used to describe this genre of novels. "宫" (Gong) refers to palace, so I use this as a shorthand for palace politic novels. I generally steer away from this genre of novels, although this is vastly popular and make up the bulk of c-dramas and c-novels. The most common plot would be - guy aims to become Emperor, and the girl (either time-travelling from modern times or a rare genius in her own time) helps the guy fulfill his ambitions. I must say that some of the most famous and arguably best-written c-novels are in this genre, but I have relatively not touched them - because I think they are strewn with heartbreak.

I think the most popular of this genre would be novels such as Tong Hua's Bu Bu Jing Xin and Fei Wo Si Cun's Eastern Palace. There are many other famous ones, whose names escapes me now, I do plan to read some of the more famous ones and perhaps you will get to see them in reviews.

On onesecondspring, I would argue that the Emperor's Strategy is a mix of "武侠" (Wu Xia) and "宫" (Gong).

So, here is my brief summary of three popular genres in ancient c-novels! :) Hope this increases your pleasure when reading. Tell me if you have questions about the genres or other types you would like to know more about! I plan to label the c-novels on onesecondspring by genres one day (lol), but I wonder when that one day will be.

Email ThisBlogThis!Share to TwitterShare to FacebookShare to Pinterest
Labels: #talk