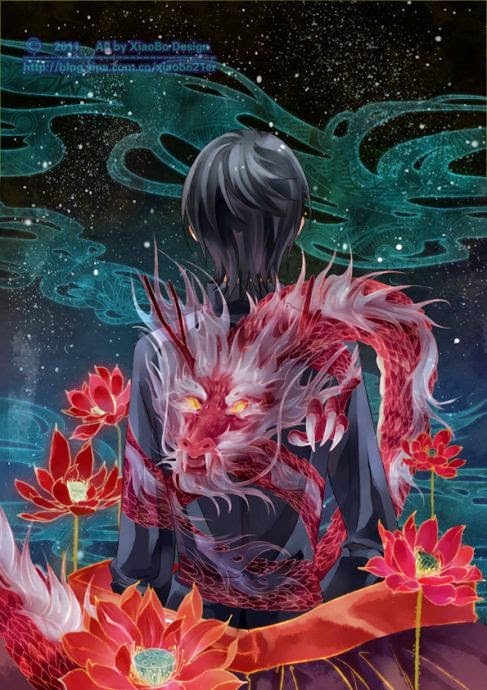 With this, we come to the end of Part 1 of the book. It's pretty fitting because everything starts to change from this point onwards, whether you view this as a tragedy or a comedy (I assure you this is a happy ending), everything starts from here.

The Heavenly Emperor looked at me with unlimited longing and regret, "Who would have thought you were the daughter of the Water God."

Daddy's left hand held my hand and he moved back a step, he gazed at the Heavenly Emperor, his eyes did not have his usual gentle attitude, his right hand flicked in his robes, the Heavenly Empress suddenly stood up, her brows furrowed and anxious.

In this tense atmosphere, Night suddenly cried out, "Royal father's meaning... unless Jin Mi is the great Water God's daughter?" His gaze was full of disbelief, full of joyful surprise and also relief, his expressions kept switching between these emotions, ever since I knew Night, I had never seen him so emotional before.

"Indeed," The Heavenly Emperor looked at Night then looked at me, "Since Jin Mi is the oldest daughter of the Water God, she is also the wife you have yet to marry."

Dad's brows furrowed, he seriously looked at Night. Night's earnest eyes were fastened on me, as if they were filled with something that was waiting to burst out, his mouth was curved into a handsome and elegant smile. Since he gave me a peach, I returned a plum* and also smiled back at him. A moment later, Daddy seemed to have made a decision in his heart, he forcefully retracted his right hand in his sleeve, his cool gaze appeared to be suppressing and tolerating something.**

Suddenly, I felt a cold prickling behind my neck, as if something had slid passed me. I turned back, it turns out my hairpiece had naturally fallen, my long hair losing this support had fallen down in a moment. One stem of golden Phoenix Feather fell through my hair and revealed a lonely curve as it fell to the floor. I did not know if it was the dimness of the light in the night, the usually glowing Phoenix Feather which now laid in the middle of the White Jade Palace, it actually gave off the mistaken feeling of vulnerability that it had fallen to the ground and had been grounded into dirt and dust.

I anxiously picked up the Phoenix Feather in my palm, I turned to look at Phoenix, my heart strangely rose a guilty and empty feeling like I had just done something wrong. I remember that when I left house this morning I had fastened it tightly into my hair, why had it loosened and fallen off? This Phoenix Feather was extremely precious, I would be in real trouble if Phoenix had seen it dropped to the floor, he will surely be very angry.

I fearfully looked at Phoenix, but saw that his gaze was a sheet of blackness as he looked at me, so quiet as if it was a solitary falling leaf, with no ripple nor tremors.

I have always thought that no matter what Phoenix wore, even if it was dark or light, it cannot hide his dazzling aura. I have even seen him without his clothes and his dominating aura was undiminished. But today in his robe of dark black with a tinge of red, he gave out a fragile feeling under the dying embers of the lantern lights, as sad as the musical string that had broken. 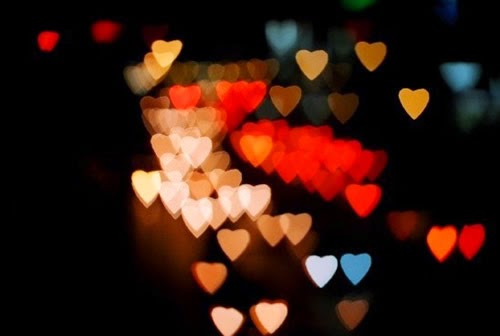 For a moment, I was struck paralysed.

"The Great Phoenix Feather Treasure?" I did not know who had spoken in such surprise, all the expressions on the surrounding gods changed, but they did not dare rebel in front of the Heavenly Emperor and Heavenly Empress, so they suppressed the urge to turn around and gossip in each other's ears, but they could not help tossing glances at me.

Under the penetrating gazes of everyone, Night took down the grape stem on his head and placed it in my hands, "Why don't you wear this first." After saying this he smoothly took the Phoenix Feather, he calmly turned around and said, "A few days ago, I heard that while the Fire Deity was travelling he had accidentally lost the Great Phoenix Feather Treasure, who knew that Jin Mi must have accidentally picked it up, just nice this lost good can be returned."

But Night only knew a part of it, this Great Phoenix Feather Treasure was indeed picked up by me, but later Phoenix had personally given it to me. I was about to open my mouth when the Heavenly Empress quickly added, "Luckily it has been found, how coincidental, how coincidental."

The surrounding gods said, "Today is an auspicious day, the Water God's daughter has returned,  the Night Deity gains a wife, and the Fire Deity has found his lost good, this is truly worth celebrating! Three auspicious occasions arrived today!"

In the midst of congratulations, Phoenix rose from his seat, step by step he walked in front of me, he lowered his head and took the Phoenix Feather, the Phoenix Feather was as light as a smile, then he placed this feather into the heart of my hand, "There is no logic in taking back a gift that has already been given... what's more what I had lost to Jin Mi is not just this small Phoenix Feather? If it must be returned, then please return everything at once, if not... one must as well not return anything..."***
Phoenix lost to me more than just this small Phoenix Feather? My heart skipped, what he was saying... don't tell me he was referring to the six hundred years of cultivation?

* The chinese phrase <投挑报李> has the meaning of you scratched my back, I scratched yours. Haha. I love Dian Xian's witty uses of phrases.
** During my translations, the Water God has slowly but surely became my favourite character. I like his elegance, his refined nature and also his blurness (I believe it stems from his good nature and his natural tendency to attribute good intentions to everyone around him - so he tends to take what people say at face value, eg, when the Flower Goddess Zi Fen said she still loved the Heavenly Emperor so the Water God would be able to find his own happiness.) But, here he gives up his personal vengeance against the Heavenly Emperor and Heavenly Empress for what he believes is best for Jin Mi's own happiness.
*** I feel my Phoenix shipping returning.

Comment: One can probably write a thesis analysing if Night really likes Jin Mi. What is not in doubt is that Night has stepped into the ring to obtain Jin Mi's hand in marriage. Will Jin Mi ever figure out her heart or will she keep switching hair pieces? Haha.