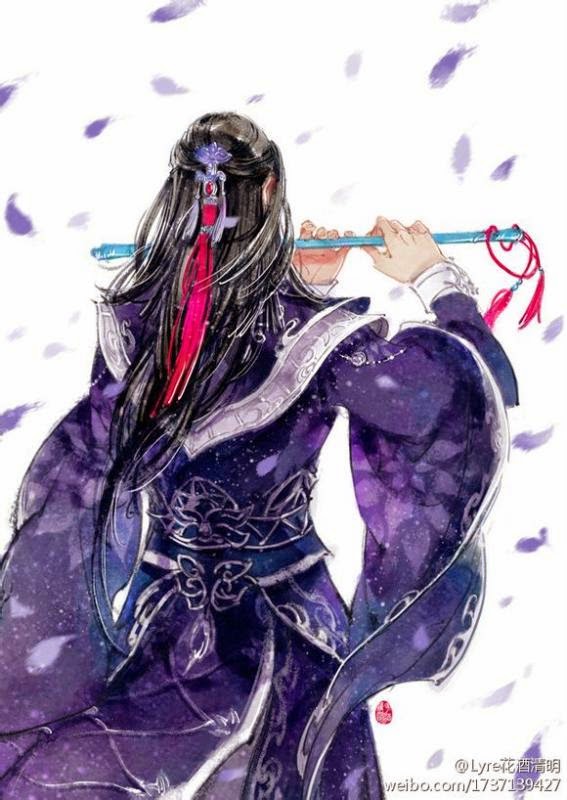 This update is for those who check the blog so often! :) This is one of my favourite scenes and I am so glad I can share this with you. Not that it's particularly romantic or beautiful, but I found that for the first time in the story you start to be able to see to the core of what makes up a particular character, who is as contentious as he is beloved.

Chapter 12: The Flower of the Descending Frost (Part 2 of 4)


"The Heavenly Empress' natural personality is cruel and devious, she saw through the Heavenly Emperor's actions and bore hatred in her heart, she took advantage of the moment when our previous master had fainted, and poisoned her to incinerate her divine origins. Although the previous master managed to escape, she had greatly injured her divine origins, she knew she did not have much longer to live, so she became cold to the Water God, to force him to marry the Wind Goddess, to forget her and hopefully lead a happy blissful life."

"The previous master did not want little grape (Jin Mi) to follow in her footsteps, so she ordered the twenty four Flower Leaders to hide her identity from the world, used the Soul Preserving Hairpin to disguise her beauty, and to ground little grape in the Water Boundary for ten thousand years, she ordered me to look after her, who knew..." Old Carrot sighed, his sigh full of sourness.

"... Zi Fen, Zi Fen, I can go up to the Heavens, can go down to the earth, but where can Senior find you?" The Water God's gaze were filled with tears like crystal chips.

In my sorrow I rubbed my forehead, who knew that I was actually a descendant of the Water God and the Flower Goddess, to have a personality like the water and flower*, it seems that such a saying is not good...

Suddenly I realised, in the dramatic play of the big reveal of my birth identity, it turns out that the third parties were Phoenix's parents, next time I can tease that bird.

"Jin Mi Immortal?" Someone confusedly called me, before I could turn around, I saw a sika deer lightly jumped to my side, its wet nose sniffed at my clothes, its round gaze shining towards me. 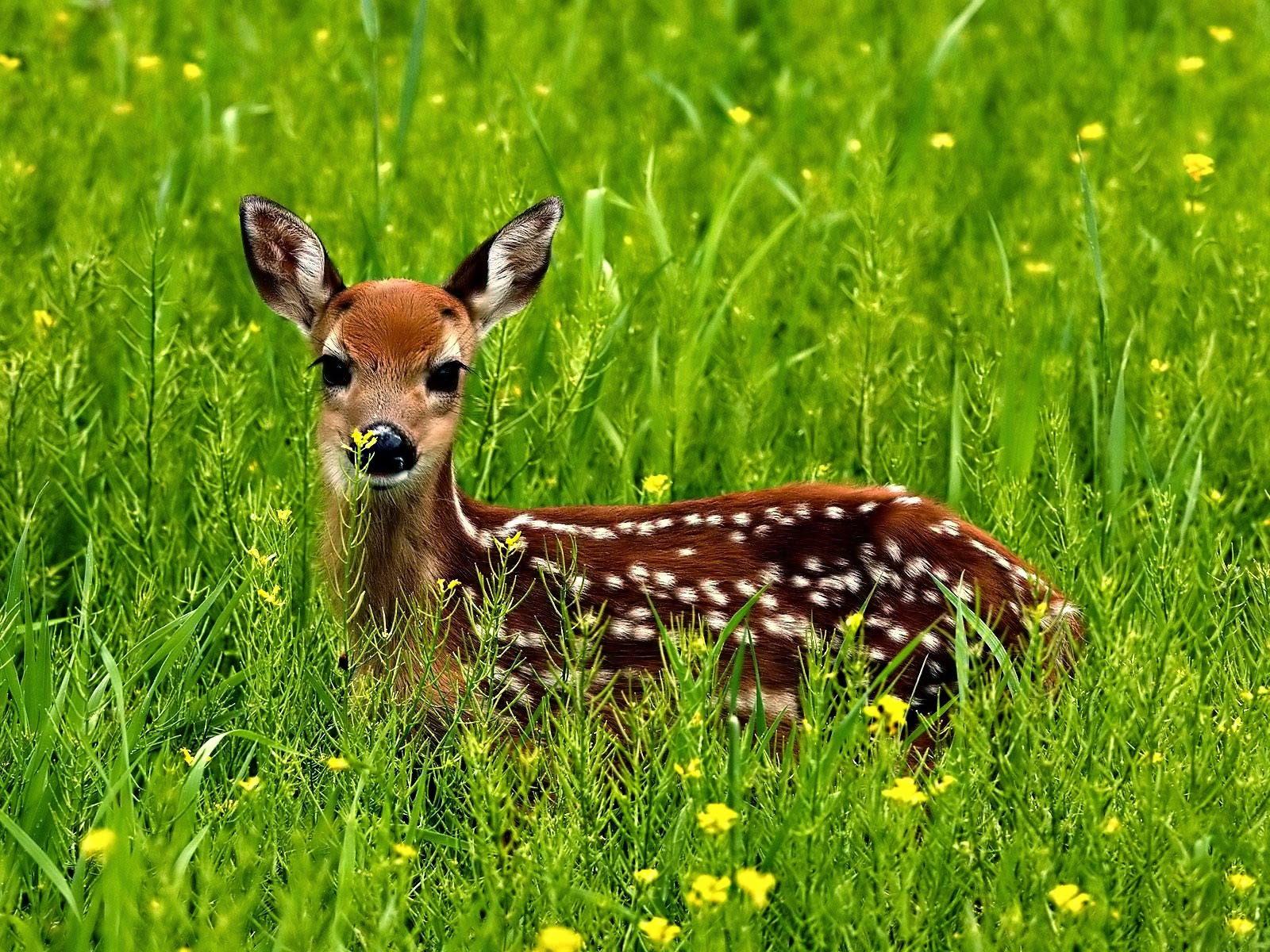 I patted the Nightmare Beast's head, looking at the sunlight that was almost vanishing, I asked, "Is Night going off for duty soon?"

"Indeed," Night was wearing a blue robe like the lake, floating clouds hovered at his feet, his eyes had a few threads of worry, "Jin Mi Immortal has returned to the Flower World in the last few days, did the twenty four Flower Leaders trouble you?" He continued, "Why has Jin Mi Immortal come to the Heavenly Realms today? The Heavenly Empress is still angry, she might harm Jin Mi Immortal, why don't Jin Mi follow me, so I can take care of you."

Night is truly a kind dragon, just that I did not have to trouble him this time, I replied, "Many thanks for Night's generosity. But please do not worry, you may go and carry out your duty, I do not want to obstruct you from hanging the stars in the sky."

I saw Night stroke the side of the Nightmare Beast's neck, smiling gently at me, "I am grateful for Jin Mi's words previously when you said you liked Night, it filled my heart with gratitude, to help Jin Mi is more than I could ask for."

At the side, Water God Daddy's body shook, his elegant face changed, his brows furrowed.

Night lowered his eyelids, his face a little sad, and said, "However, Night already has a marriage engagement, I will not be able to repay Jin Mi's kind intentions."

Night's eyes lit up, his mouth curved into a light smile, he let out a soft sigh, as if he was full of regret in his heart, "I also like you," His voice was so low, it could not be lower, it almost dissolved into the nothingness in the dark.

Daddy gave a serious cough and walked out from behind the heaven pillar.

Night's expression was shocked, with a few trace of fear, he respectfully bowed to Water God Daddy, "Night greets the great god. I was too careless just now and did not realise the great god's presence, please forgive me."

Daddy did not speak, he looked at Night with a complicated expression.

The emotional tremors in Night's face when he first saw Daddy slowly stabilised under Daddy's stern gaze, and became calm, he spoke, "Night does not know why the great god has come, you must have heard my conversation with Jin Mi Immortal..." he paused, as if he made a decision in his heart, he flicked his robes and respectfully knelt towards Water God Daddy, "Night admits his guilt to the Water God."

Daddy's clear gaze stared at Night, after half a moment, he said, "What guilt is Night speaking of? I would like to know."

"A big guilt, Night should not betray the marriage contract agreed between father and the great god, but I have fallen for Jin Mi Immortal! Although Night is not a saint, but I cannot be with another when my heart is with the other. Since my heart leans towards Jin Mi who also leans towards me, I can only give my heart to her, therefore I cannot marry anyone else and will have to betray the agreement to marry the great god's oldest daughter, Night knows my guilt cannot be forgiven, may the great god punish me!"

Night knelt on the ground, his grand speech caused me great confusion. In this confusion I suddenly remembered, wasn't I Water God's oldest daughter? Obviously, Night did not know of this.

Night's back was straight as he lifted up his head at me, with a steadfast gaze he smiled, "Removal from the ranks of gods to be demoted to the mortal realm! But if I can be with Jin Mi Immortal, what is giving up my position?"

Daddy's expression changed a hundred times, "A mortal's life is but a drop in the ocean, only a few tens of years and one must experience the pains of growing old and dying. For Jin Mi, Night is not scared?"

Night's gaze was like the big dipper, ten thousands of years facing the south, never changing, "Night's heart has its direction, I have no regrets even if I have to die nine times!"

Daddy seemed to be shaken by this, he carefully scrutinised Night, "Good! What Night said today, I will remember." After this, he turned to me, "Jin Mi, let's go."

Water God Daddy pulled the confused me towards where the Heavenly Emperor resided, the Nine Mist Clouds Palace, while leaving Night outside the South Heaven door? After a flash of golden light, beyond the clouds I turned back and saw Night, I only saw that he was still kneeling in the evening mist, the Nightmare Beast lowered its head and was licking the back of his fingers. I did not know if it was my mistaken impression, but I just felt that his blue figure was like the moon that had lost itself in the spring, lonely and sad.

At the door of the Nine Mist Clouds Palace, I heard the playing of musical instruments. The guard announced, "The great Water God is here."

"Quickly come in," a joyful voice came out from the palace. This must be the Heavenly Emperor.
*The phrase used is <水性杨花> which means a personality that shifts like the water and floats like a flower, it usually insinuates a woman who is fickle and unfaithful. Haha!
**Our dear innocent Jin Mi.

Comments: This chapter was one of my favourites because it reveals so much about a character that I have grown to love. Yes, the contentious character that is Night. Also, who else can't wait for the face off between the Heavenly Emperor and Water God Daddy? :)