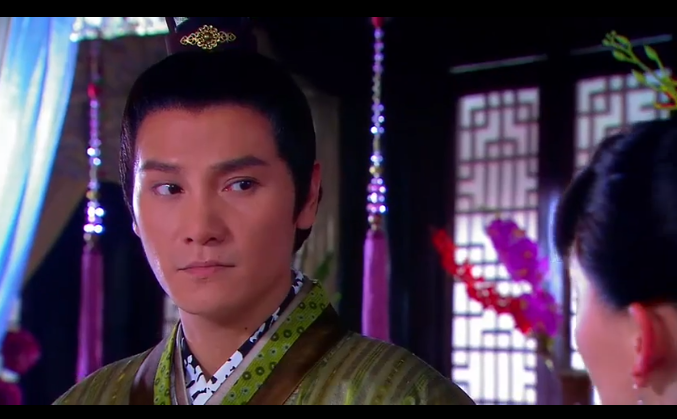 This is one of the BEST parts ever for our couple. In episode 17, our smirky hero, Zhan Feng, goes to the coffee shop Tang Xin works at and he is not happy. But why? 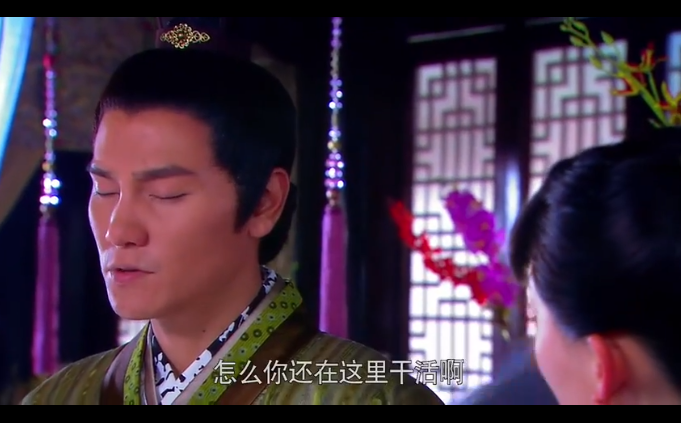 As if he can't bear the sight of seeing her in her aprons, he closes his eyes and asks, "Why are you still working here?" 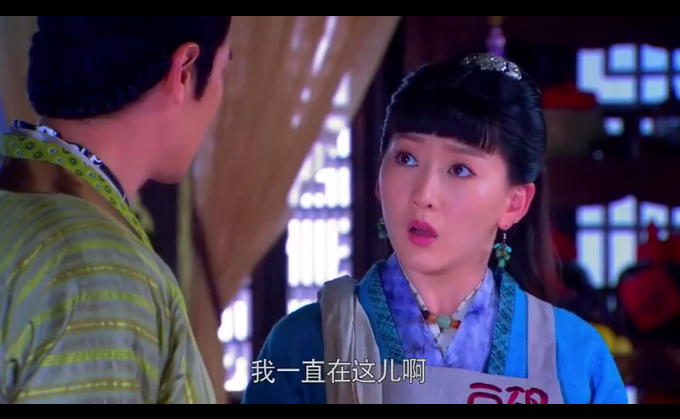 Tang Xin is confused, "But I have always been here."

Zhan Feng actually rolls his eyes and walks off to inside the coffee house. 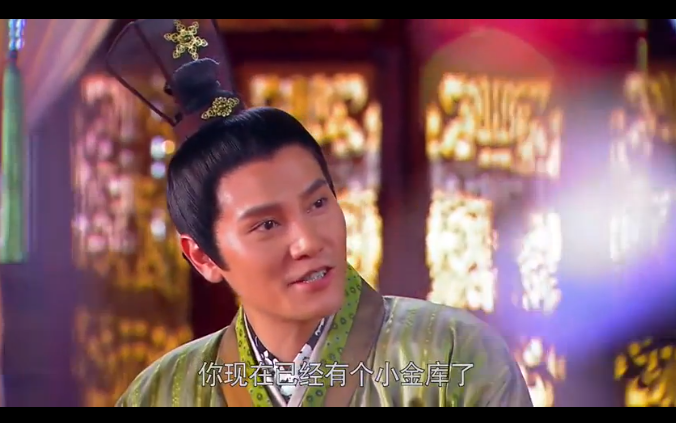 When Tang Xin goes up to serve Zhan Feng food, he smiles at her and says, "Don't you already have a small gold hill, why must you still work?"

Tang Xin asks back, "Why shouldn't one work when one has money?" She adds, "Besides, I have given half of it to my uncle and auntie."

Zhan Feng asks again, "But weren't they mean to you when you were young?"

Tang Xin shrugs, "Yes, but they took care of me when I was an orphan. This debt of gratitude must still be repaid."

Zhan Feng pauses at that. 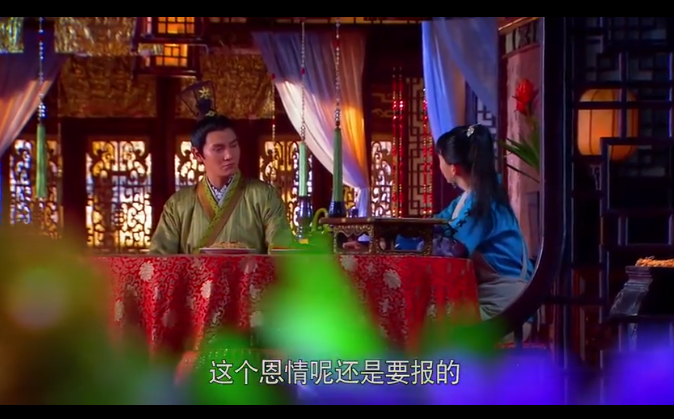 Zhan Feng persists, "But don't you still have the other half?"

Tang Xin laughs, "Didn't you call me an old maiden?" 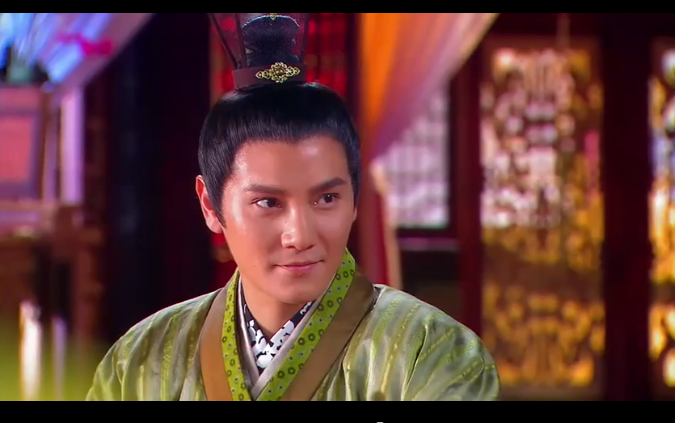 Tang Xin laughs, "Since you said I can't get married, when I grow old, I will use the money to buy a cow, a field and a house." She gives a satisfied chuckle at that.

She says she has already hidden the money in a stove. Tang Xin freezes when she realises that she just spouted out her hiding place and insists, "There is no money in the stove!"

Zhan Feng gives her this "you idiot look", "Even if you hide the money in the stove, it's not like I will steal." 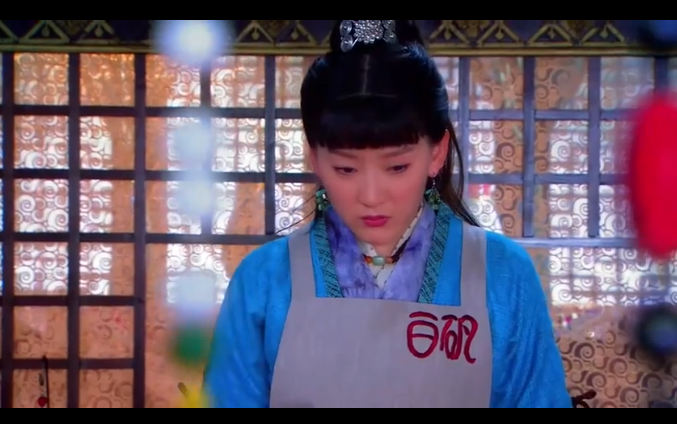 Tang Xin gives a kind of sigh, "That's true, after all you are the Crown Prince."

Zhan Feng gives Tang Xin an annoyed look, "I have repeatedly told you not to reveal my identity."

Tang Xin is annoyed back, "I can't call you Crown Prince, I can't call you corrupt official (that was what she used to call him lol), your surname is not even really Zhan, what can I call you?"

Zhan Feng smirks, "You can call me master."

Zhan Feng proclaims that he has won their bet and Tang Xin has to be his servant for a month. 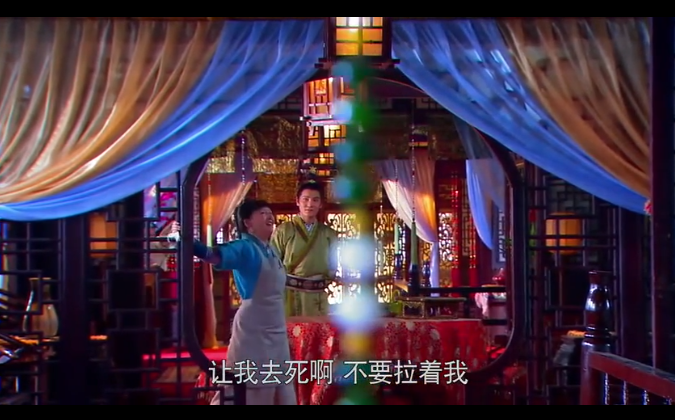 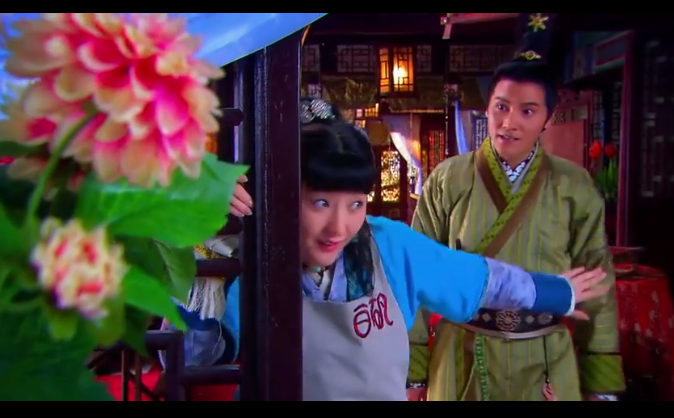 Tang Xin dramatically flings herself at the door frame and she cries, "Let me die. Don't pull me." She's obviously waiting for Zhan Feng to stop her. 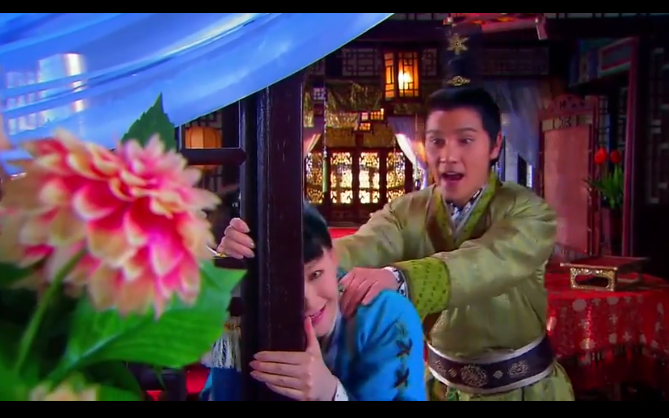 So, Zhan Feng "cooperates" and tries to pull her back.

But at the last moment, he "catches" a fly and let's go. Hahahaha.

So, Tang Xin hits her head on the door frame. 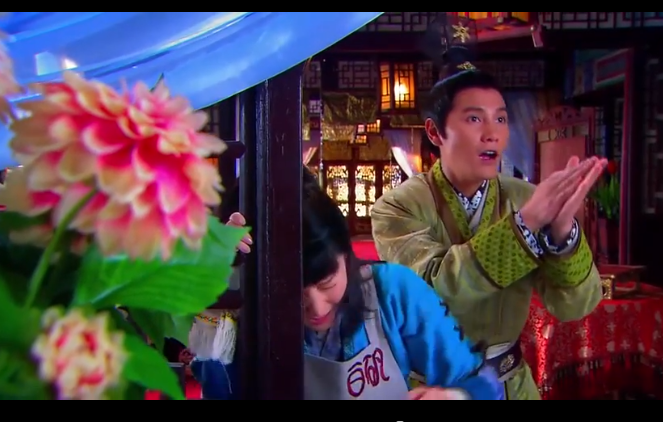 Tang Xin cries, "It's very painful. Do you know?"

And, then she continues, "Ten years of feelings, ten years of dreams, all gone in one blow." You realise that she's not talking about hitting her head on the door frame, but her crushed feelings for Zhang Zhen when he got together with Hong Ling. 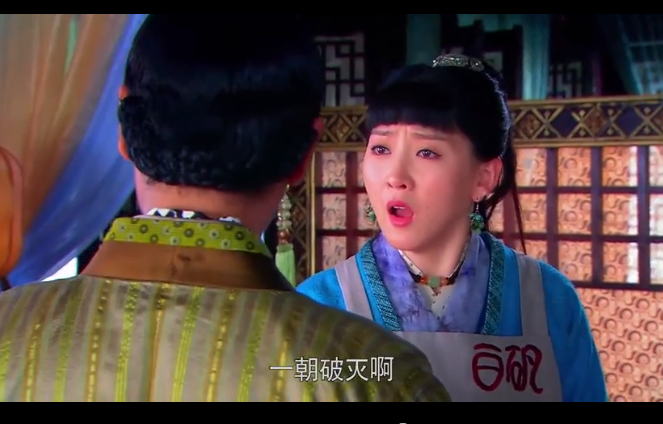 Tang Xin asks, "Can you even understand?"

Zhan Feng answers, "I understand." He points to her heart, "You hurt here." 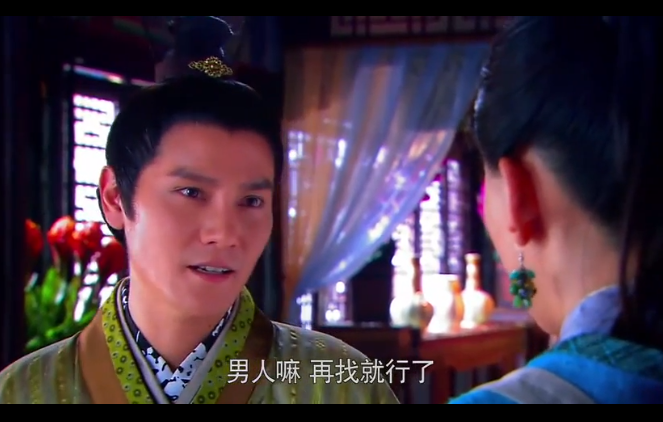 Zhan Feng smiles, "Men. You can always find another one." He adds, "The next one will be better."

Tang Xin disagrees, "You don't understand. I'm a cloud with one mountain, not like you a mountain with many clouds."

Zhan Feng gives a smile and teases that a girl like her who smells of fish can be surprisingly poetic. (I say Zhan Feng has a soft spot for Tang Xin already.) 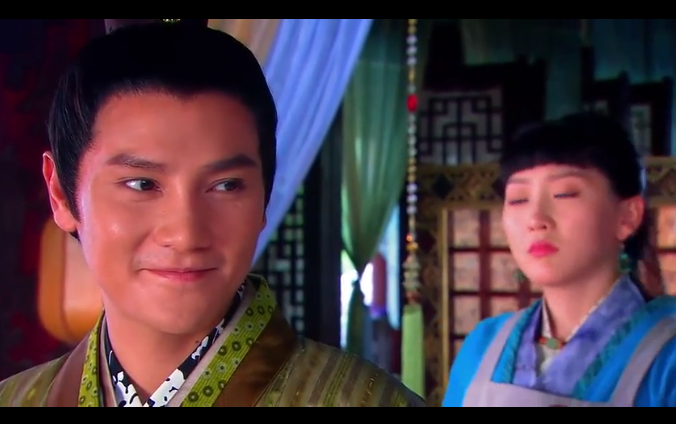 Tang Xin says that Zhang Zhen is a scholarly man, so of course she tried. Zhan Feng loses his smile at that, and turns around. He declares, "From this day on, you are my servant. Your life is mine." 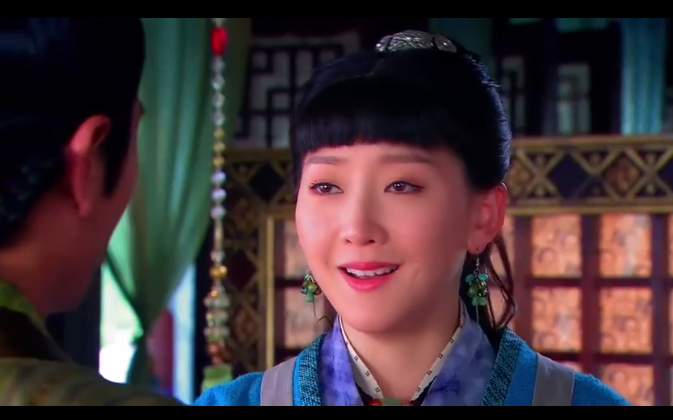 Zhan Feng finally gives up and picks up his cup of tea. Tang Xin is so furious, she grabs his tea from him and gulps it down.

Zhan Feng seems surprised at first, then gives this completely irresistible smile. I quite honestly think that this is the moment where something starts to grow for both Zhan Feng and Tang Xin.

For Tang Xin, Zhan Feng isn't such a horrible person after all - he tries to make her feel better and commands her to smile.

For Zhan Feng, he is a higher than thou Crown Prince, but this fishing village girl defies his commands again and again, and even steals his tea cup. What can he do? But smile. 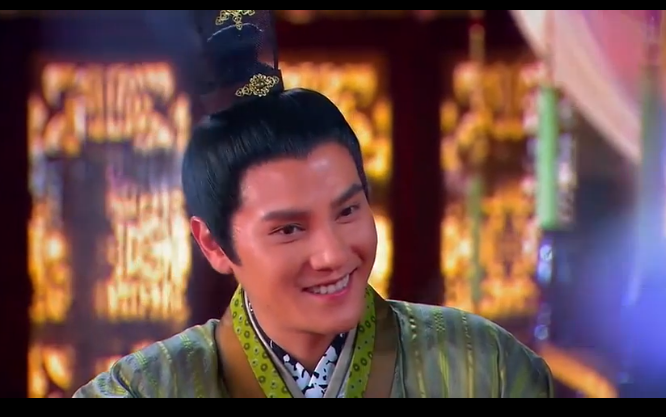 In other news, Jin Mu Dan is plotting to seduce Zhan Feng back. She goes to his favourite places and plays the guzheng (musical instrument) and leaves her scent... 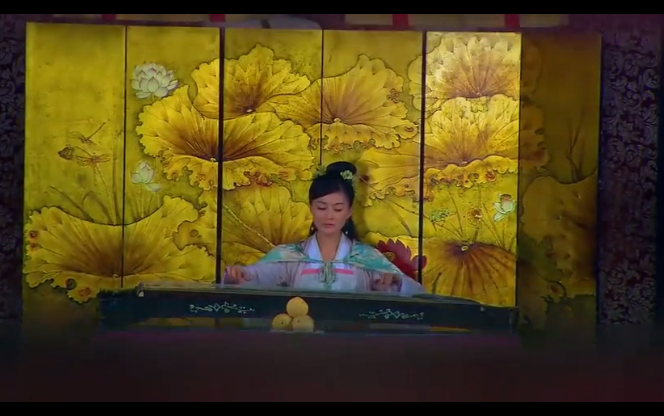 By the time, Zhan Feng and Tang Xin arrive, she is gone. 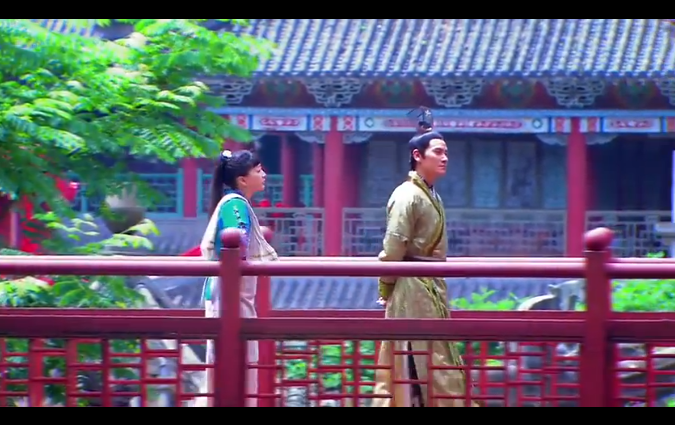 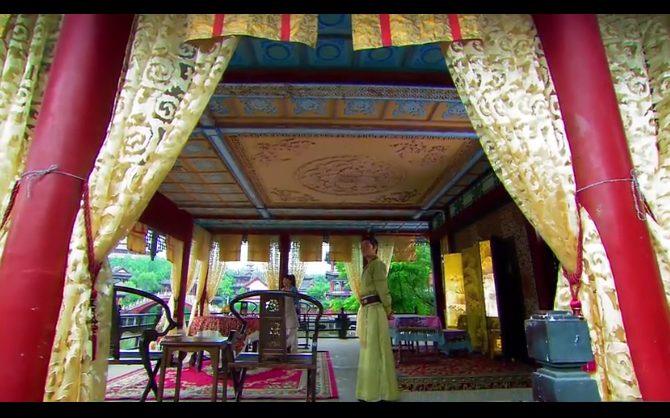 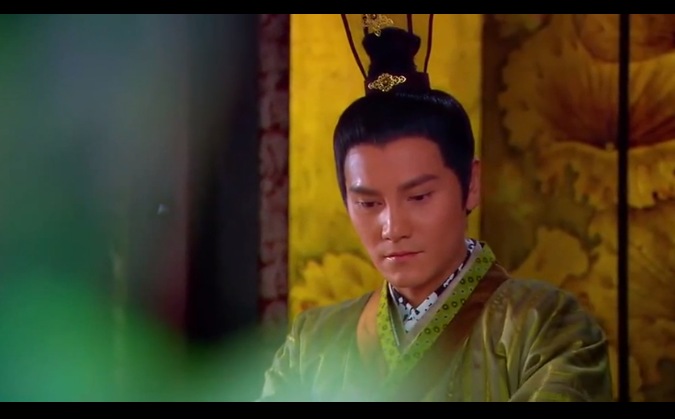 As Zhan Feng looks pensive at the guzheng, Tang Xin remarks that there is a Mu Dan (she's referring to the flower) scent, and it smells nice.

Tang Xin also adds, "Erm... someone just played the guzheng, you don't have to lose your soul over it."

Zhan Feng rolls his eyes, "This is art!" He tsked, "There was a golden bird here previously, but now with you, it has become a sparrow."

Tang Xin laughs, "How much money is art worth? It's fine to be a sparrow, I don't long to become a phoenix*."

(*The phrase a sparrow becomes a phoenix is often used to describe when a girl of poorer/plainer origins marries a richer man. This is pretty ironic because if she marries Zhan Feng in the end, she does indeed transforms into a phoenix from a sparrow! :)) 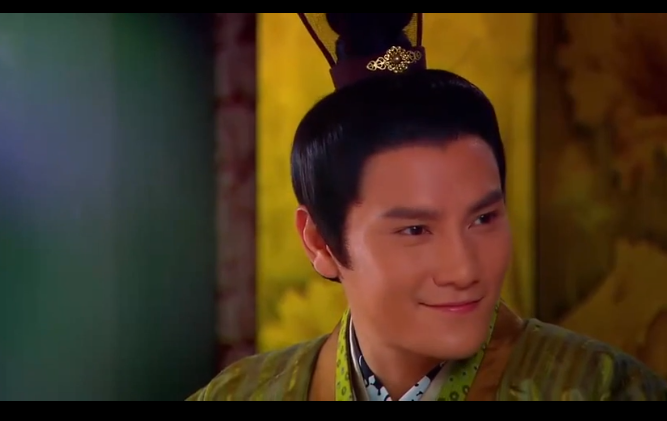 Zhan Feng only smiles at that and stays silent.

Another day passes, and the coffee house Tang Xin works at is super crowded. It turns out that the most beautiful lady in the capital, Jin Mu Dan, is here and all the men want to catch a glimpse of her beautiful face. The boss at the coffee house remarked that Mu Dan was here yesterday and somehow word had spread. 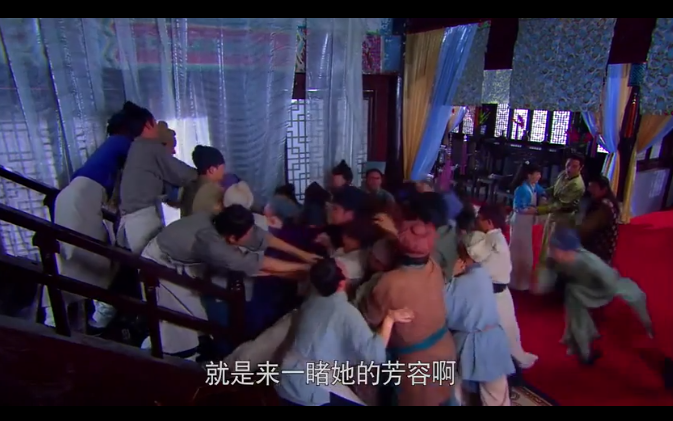 Zhan Feng remarks, "So, the lady yesterday was her."

Tang Xin tells Zhan Feng that he can go after her since Zhang Zhen is with Hong Ling now.

Zhan Feng asks in a philosophical tone, "Can I?"

Tang Xin says in her usual no nonsense manner, "Why not? You like beautiful woman, and she wants to be the wife of the Crown Prince. It's perfect!"

Zhan Feng rubs his nose and leaves without a word.

Comment: So, will Zhan Feng chase Mu Dan again? Find out in episode 18!