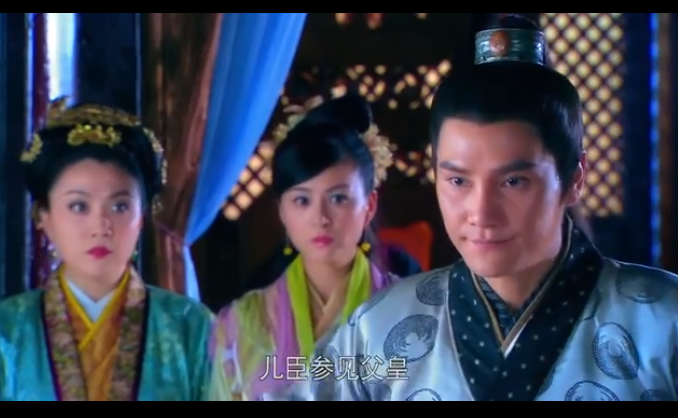 Just as the Emperor was perplexed as to what to do with Zhang Zhen, Zhan Feng arrives and announces his identity as the Crown Prince!

This was Tang Xin's reaction: 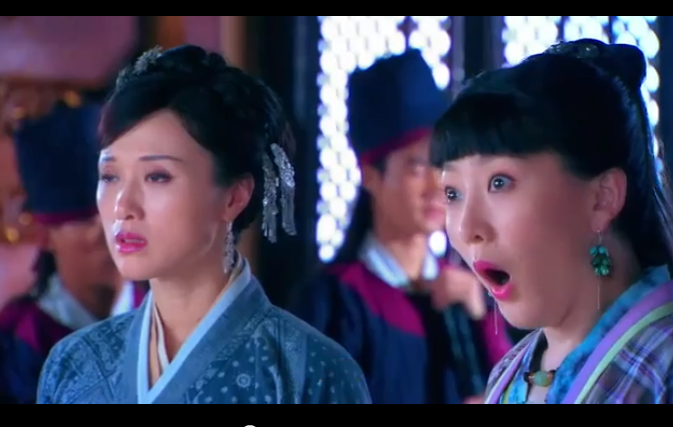 Zhan Feng announces himself as the Zhan Feng who is alleged to be the conspirator who kidnapped Mu Dan with Zhang Zhen. At this, Mu Dan and her father, the Prime Minister, try to backtrack on their previous claims.

The Emperor shakes his head at this mess and orders the Crown Prince to come back to the palace with him, and leaves Justice Bao to settle everything else. 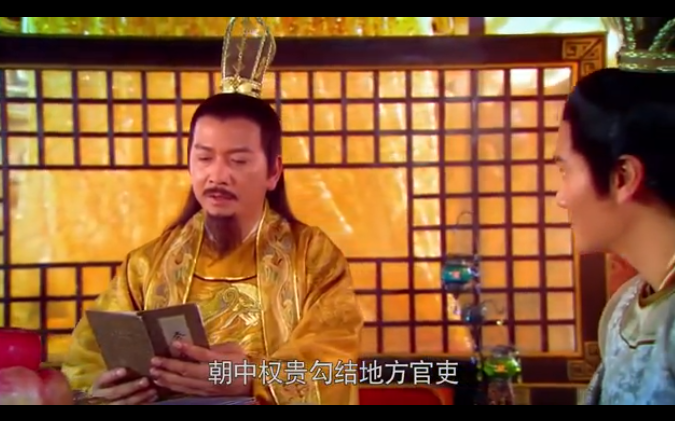 Back at the Palace, Zhan Feng shows the Emperor all the cases he has investigated and things he had learnt that the Emperor won't have realised in the palace. They have a good chat as Emperor and Crown Prince, Father and Son.

Meanwhile, Zhang Zhen realised that the "Mu Dan" he fell in love with was actually Hong Ling. So, now he is all depressed and emo as he tries to find Hong Ling, the girl/sprite he loves. Mu Dan also is distraught that Zhan Feng is actually the Crown Prince, because now he must hate her. Her mother tells her that they will figure something out... 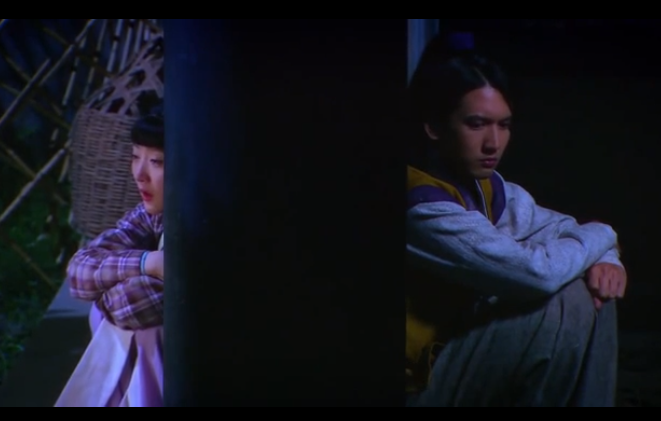 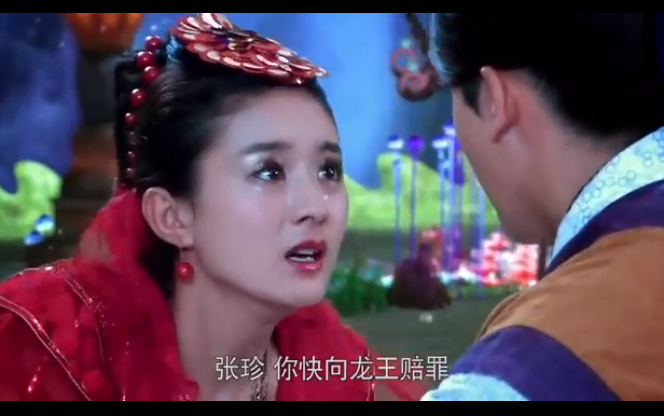 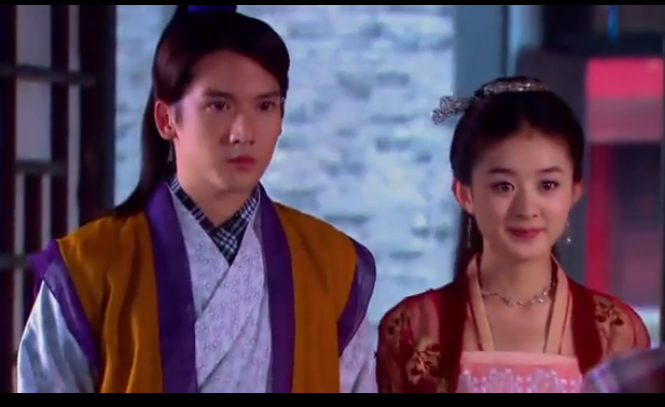 In episode 17, they come home happily together, with Zhang Zhen telling Hong Ling to keep her past identity a secret. Zhan Feng, Tang Xin and Auntie Lan does not know that Hong Ling is a sprite, they just think that Zhang Zhen has given up on his Mu Dan sprite and realises he actually likes Hong Ling instead (yes, logic is not great in this drama.) 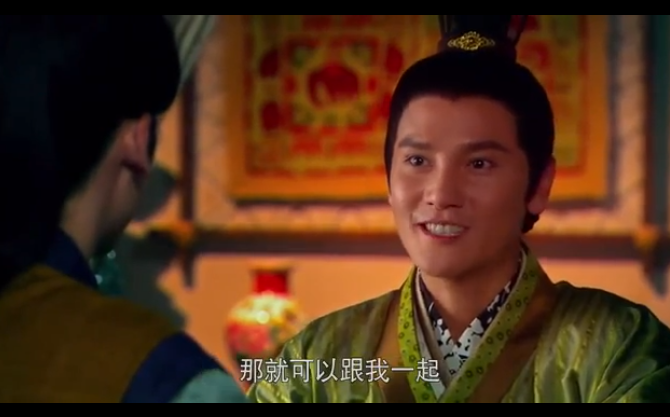 They have a celebratory dinner. Zhan Feng congratulates Zhang Zhen and says he can finally concentrate on his studies and become the top scholar in the Imperial Examinations. 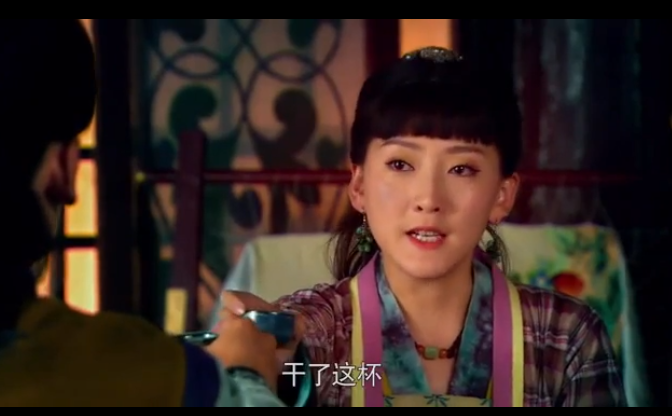 I love Tang Xin, because she does it so dashingly even though she is also in pain. She is my heroine! The coolest way to deal with heartbreak- wishing the person you love happiness forevermore. Later, Tang Xin tells Hong Ling that she is now her sister-in-law and if Zhang Zhen ever bullies her, just tell Tang Xin and she will bully Zhang Zhen back.

Zhan Feng tries to give gold to Auntie Lan as his godmother so they can move to a better house, but Auntie Lan refuses.

Tang Xin sends Zhan Feng off later, and she asks for the gold. HAHAHA. Zhan Feng tells her she can take everything she can carry, so she starts to stuff her pockets 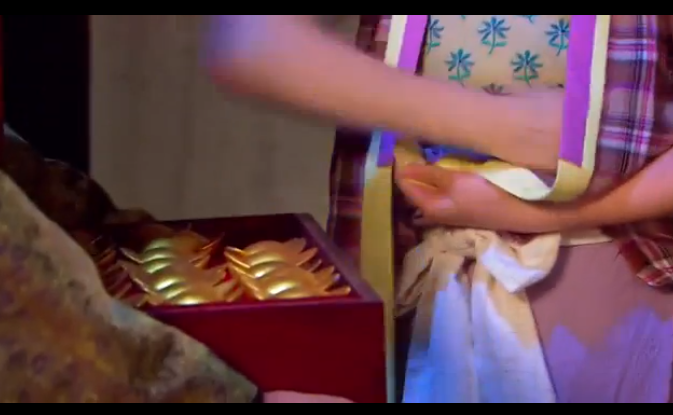 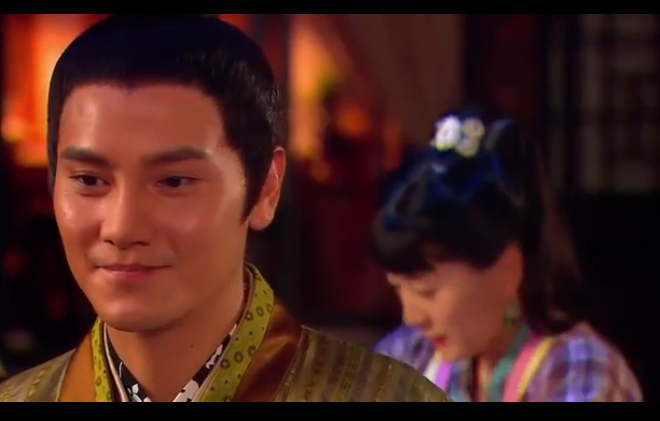 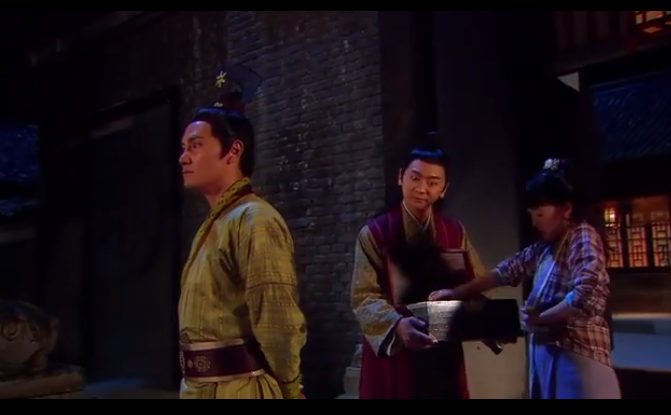 She tells the Eunuch, "Why you cough? I have no father, no mother, no one to dote on me. Only money is the most practical." 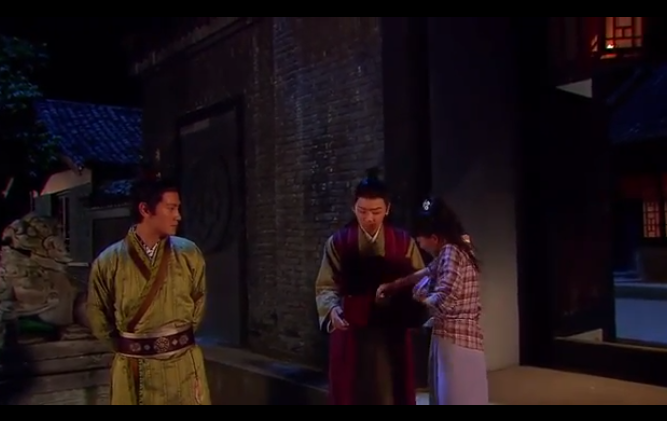 Zhan Feng turns at that.

Some of the gold drops on the floor and Tang Xin bents to pick it up. Zhan Feng also bents down and takes her hand.

He tells her, "Don't worry, as long as I'm here, you won't ever have to suffer from poverty again." 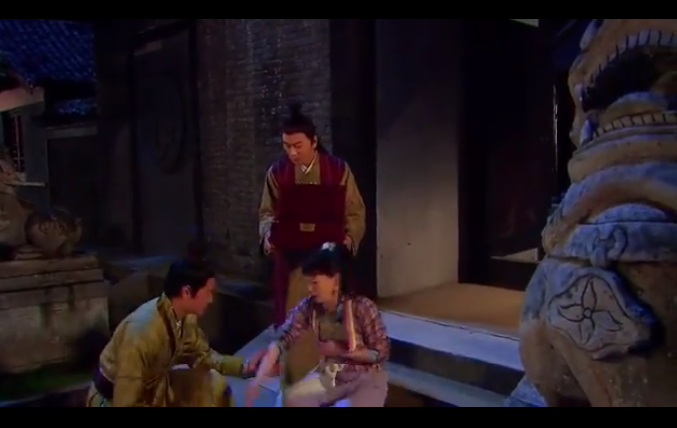 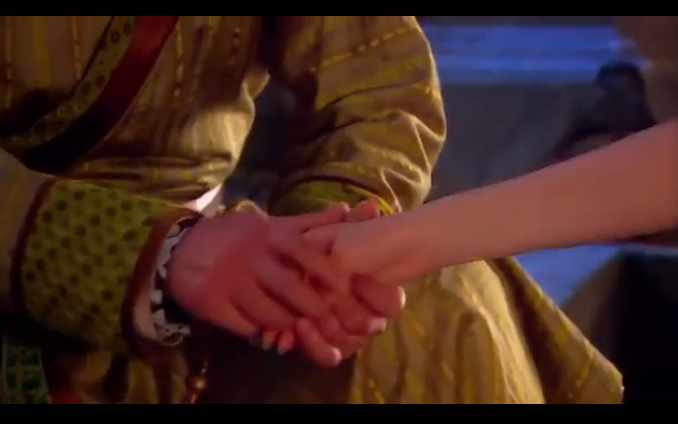 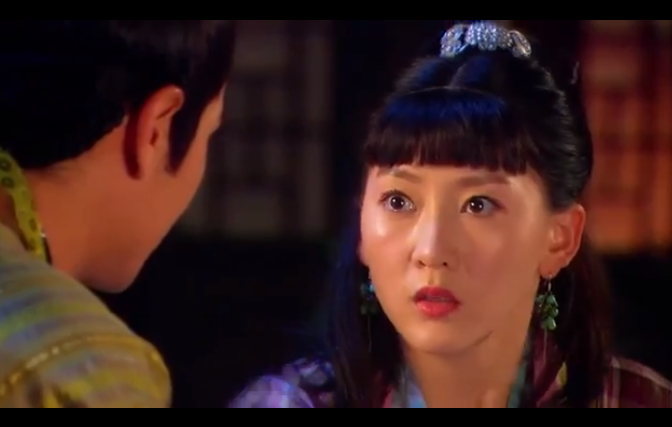 Tang Xin freaks out and stands up. She says, "Don't think just because you are the Crown Prince, you can do whatever you want." 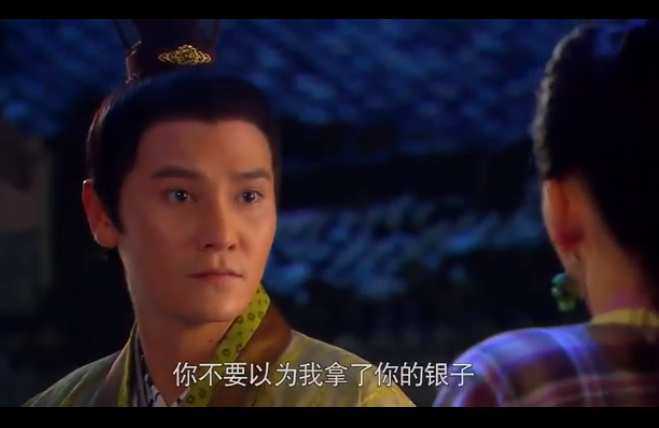 She continues, "Don't think just because I took your money, you can touch me however you want. I earned this!"

Then she runs away, leaving a befuddled but smiling Prince behind. 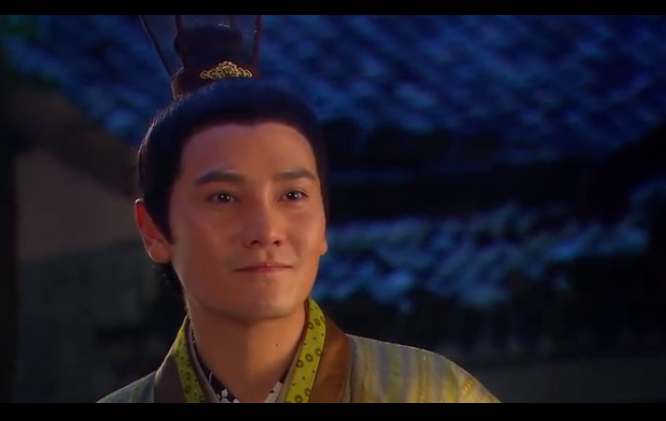 Also, I think Tang Xin has forgotten the bet! Hahaha.