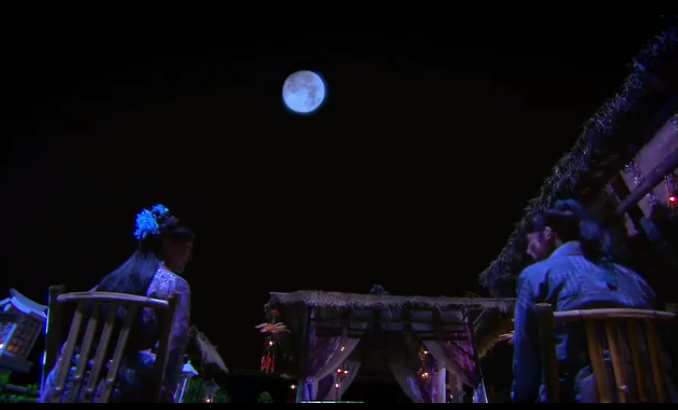 In Episode 8, the plot chugs along. Hong Ling wants to matchmake Mu Dan and Zhang Zhen together because she wants the red marriage ball between the bride and groom in a traditional chinese wedding for a gift to the Dragon King, and so her brilliant plan is to... ahem... impersonate Mu Dan and meet Zhang Zhen nightly. Yes, I can't say I appreciate the logic of the main plot much.

In more interesting developments, Zhan Feng is milking his injury for all he can get out of Tang Xin... 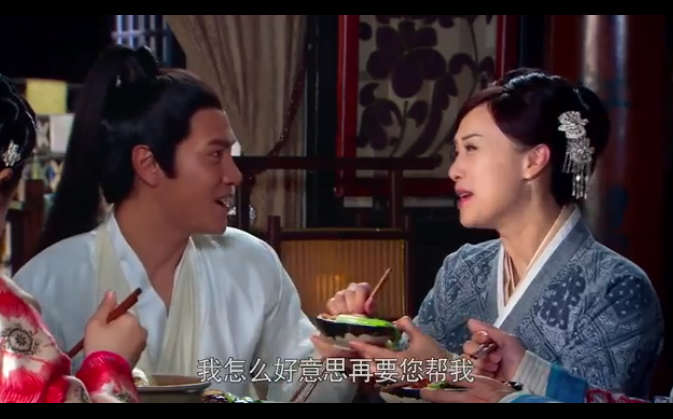 Zhan Feng tells Auntie Lan (the mother of Zhang Zhen) that he feels bad that she has been taking care of him the last few days when she was going to feed him again. 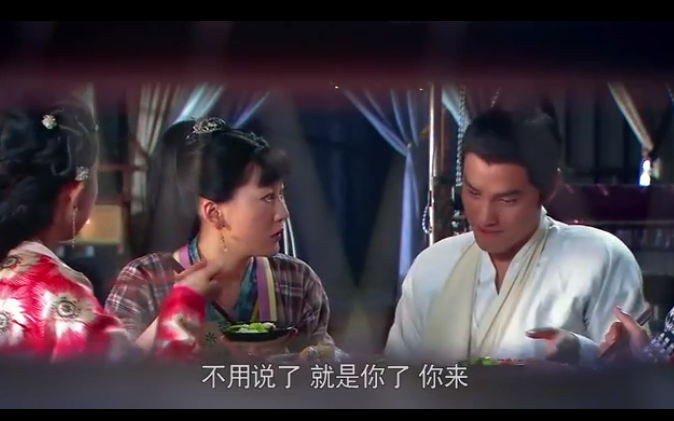 So Zhan Feng turns to Tang Xin and said, "You don't have to say anything, it's you. You will feed me." 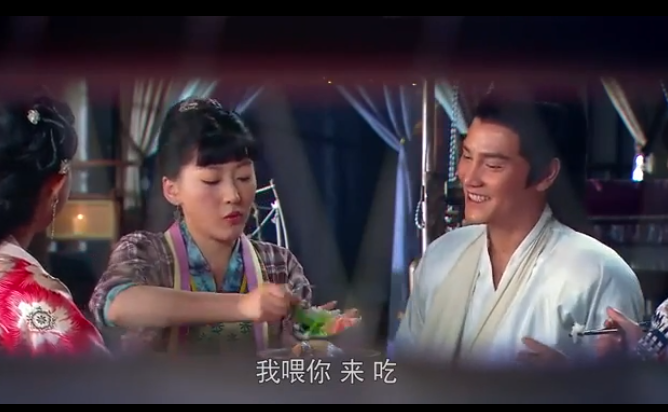 Tang Xin wryly comments that she will sacrifice herself for the happiness of everyone and starts to feed Zhan Feng. But, he then complains that Tang Xin is not gentle and does not mix up the food like Auntie Lan. Everyone is laughing, and Tang Xin rolls her eyes and put the food down saying, "If you don't eat, you can starve to death yourself." 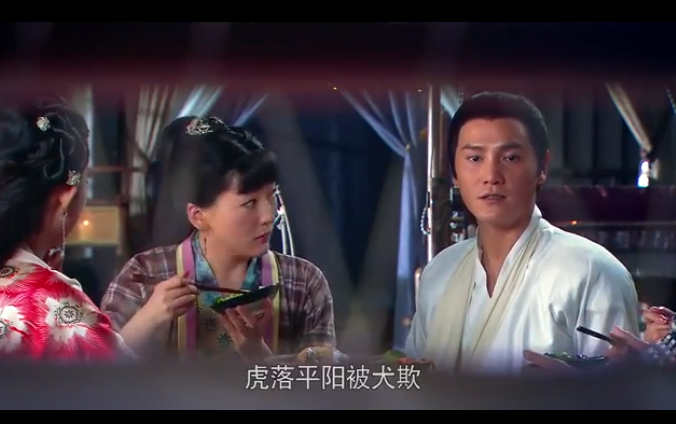 Zhan Feng says in a deadpanned voice a famous chinese saying - when the lion leaves the mountain and goes on flat ground, even the lion will be bullied by a dog. 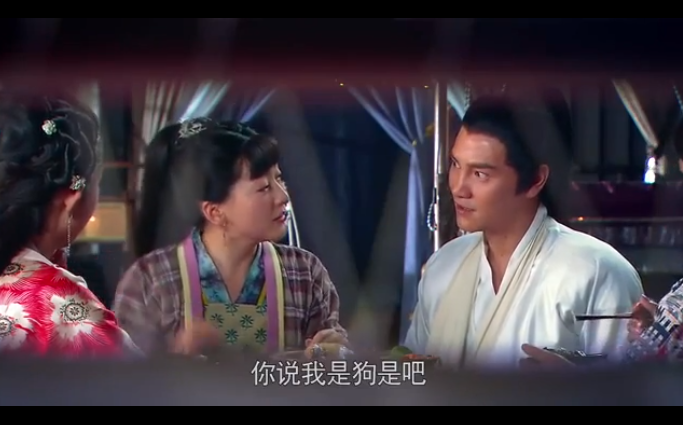 Tang Xin narrows her eyes to Zhan Feng, "Are you calling me a dog?" She then picks up the bowl of food and feeds Zhan Feng, saying, "Come and eat dog food!"

Zhan Feng still makes Tang Xin blow at it before he eats. She blows, and everyone just laughs and eat a warm happy dinner. 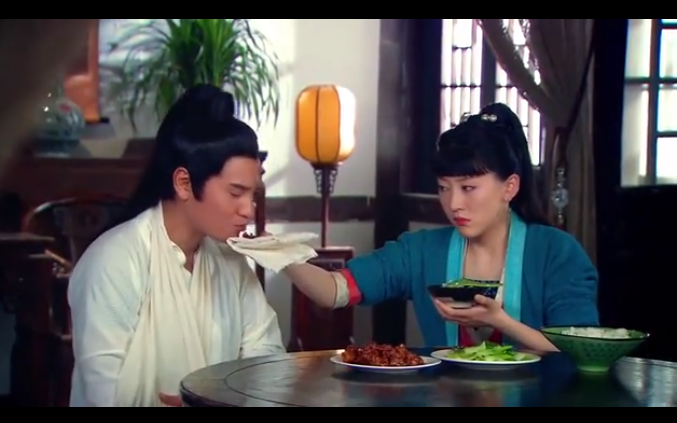 Some time has passed, and Tang Xin is still waiting on the injured Zhan Feng. Zhan Feng asks, "Big Tea Pot, are you going to work at the coffee house?" She says yes, and Zhan Feng asks, "Then what will happen to me?" Tang Xin laughs, "You can survive or die by yourself."

Zhan Feng repeats, "Survive or die by yourself? How old are you?" Tang Xin says she is 19. Zhan Feng looks shocked and repeats, "19*?"

[*Basically, girls are married from around 14-16 usually in ancient China.] 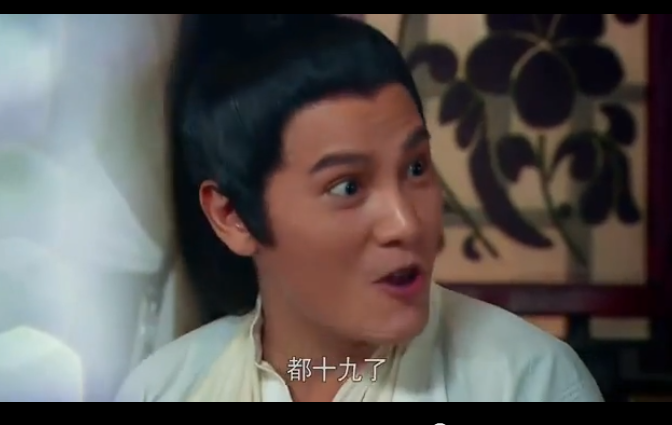 Tang Xin asks why Zhan Feng is reacting this way. Zhan Feng replies that she isn't young and her looks are quite "hurried", shouldn't she be finding someone to get married soon? Tang Xin warns Zhan Feng to not mention the word "marry" in front of her, can't she rely on herself? Why must she find a man to take care of her? 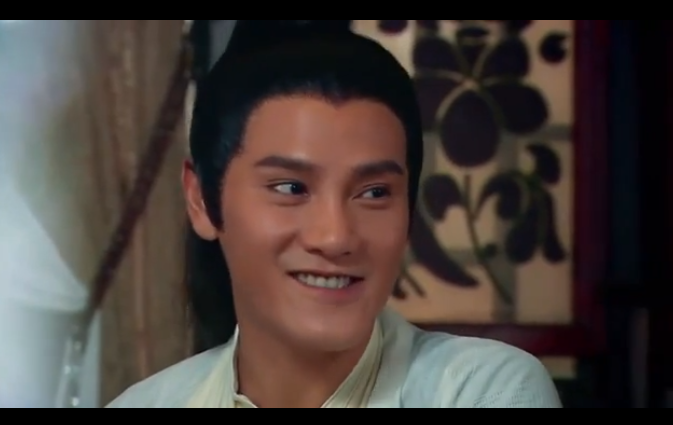 He adds slowly, "I understand why you dislike the mention of marriage... because you like Zhang Zhen." 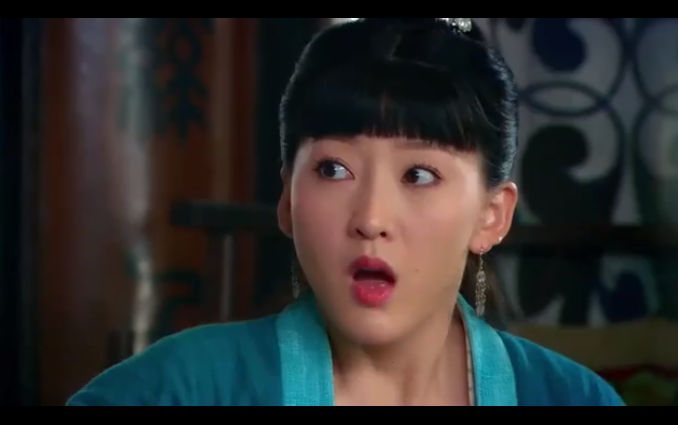 Tang Xin is shocked but says, "What business of this is yours!"

Zhan Feng adds, "Even if there isn't a Mu Dan, there is still a Hong Ling. It would never be your turn." 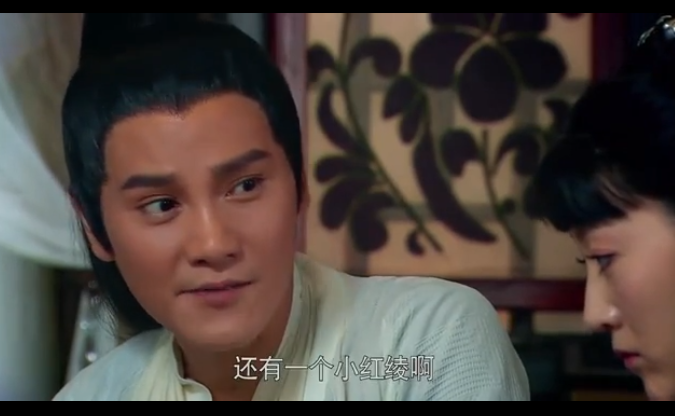 Tang Xin is surprised and asks, "How is this related to Hong Ling?"

Zhan Feng states that based on his experience, within two to three months, Zhang Zhen and Hong Ling will be together.

Tang Xin shakes her head, she says she knows Zhang Zhen and he is very true to his words. Since he has selected Mu Dan, it will be Mu Dan.

Zhan Feng says that a man's word and a man's feelings are two different things. Zhan Feng tells Tang Xin they can make a bet, he says within three months, Zhang Zhen and Hong Ling will be together.

So they make the bet. Whoever loses will have to be the other's servant for a month! 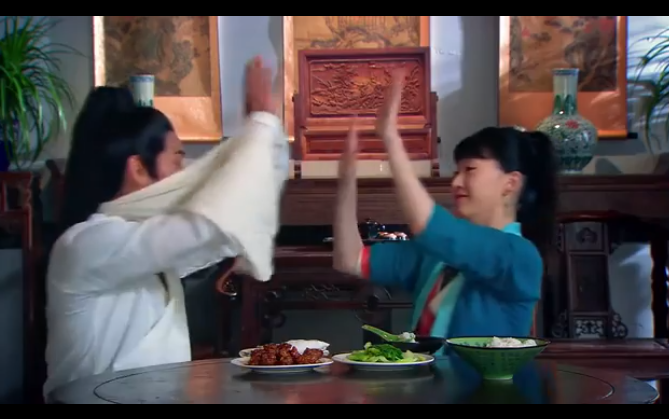 But Zhan Feng got cocky too soon. Tang Xin asks to seal this bet with a high ten, and Zhan Feng actually does a high ten. With that, Tang Xin realises that Zhan Feng's injury has healed long ago! 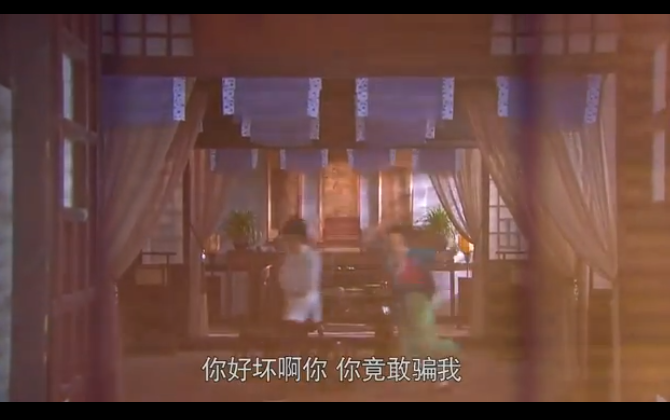 Tang Xin starts to beat Zhan Feng for tricking her and Zhan Feng runs away. Hahaha!