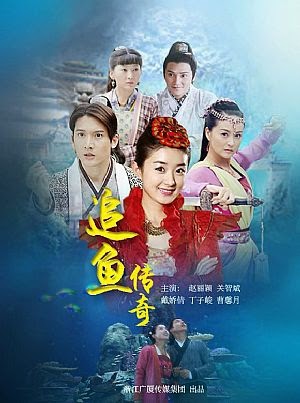 追鱼传奇 is literally translated as the Legend of Chasing Fish, but some sites (watch here (link updated as of 27 Dec 2014)) calls it Mermaid Legend, which is cuter and more poetic. I think the main storyline of how a poor but intelligent scholar fell in love with a fish sprite from the sea, and how they overcame many obstacles (some created out of their own stupidity) to come together is decent, but there really wasn't enough storyline for 36 episodes, so it became a rather "hot mess" by the end of it.

I won't recommend the Mermaid Legend for the main couple (although both leads are serviceable), but for the secondary storyline of the second main leads, where you get to fall in love with the squabbling match of a Crown Prince (in disguise) called Zhan Feng and a feisty righteous girl from a fishing village called Tang Xin, and how they finally became each other's partners. 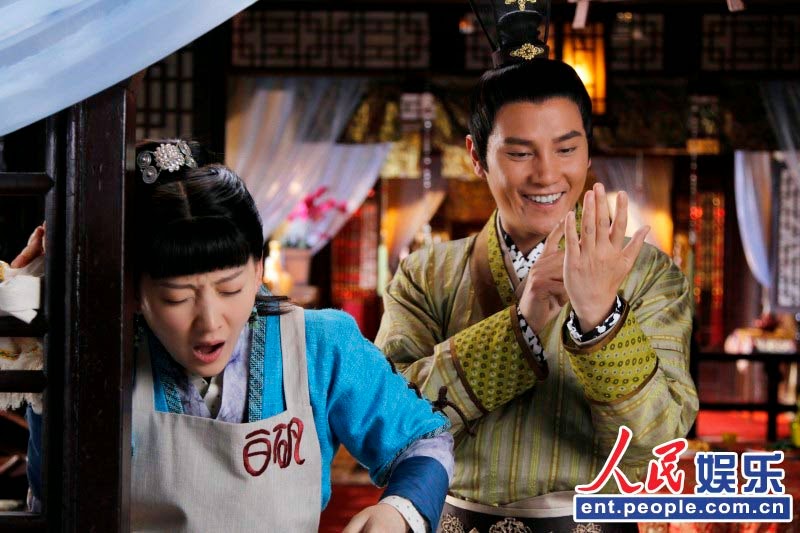 The secondary couple won't strike you as particularly good looking at the start, but after a while they just became so attractive to me! I love their chemistry.

I actually fast-forwarded most of the main couple's storyline, so the Mermaid Legend for me is about the Crown Prince and Tang Xin, and they just happened to be good friends and sworn siblings with the main leads. I liked that the secondary couple had their own story arc, emotional trajectory and character growth. And, it all ends with the cutest wedding scene of all!

I think this drama is way too under-rated in respect of the secondary couple, so I plan to recap the whole series to showcase this AWESOME SECONDARY LOVE LINE.

So, when the drama starts, the main leads, Zhang Zhen (the poor intelligent scholar) meets Hong Ling, the fish sprite. My favourite second female lead, Tang Xin, is the female best friend of Zhang Zhen, she works at the tea house in their small fishing village, she's an orphan taken care of by her uncle and auntie. She loves money but is an extremely loyal friend, and she harbours a secret crush on Zhang Zhen.

At the start, Zhang Zhen doesn't actually know Hong Ling is a fish sprite, and just think she's a rather adorable ditzy girl who goes around the village saying she needs to find a present (for the Dragon King). A series of murders happens in the village (including one to Zhang Zhen's father, who used to be a famous official in capital)... and a high leveled constable from the capital arrives to this small sleepy fishing village.

In episode 3, when someone innocent is about to be executed, a person dashes in with supreme martial arts and arrows shooting to stop the execution. This is our second male lead, Zhan Feng. 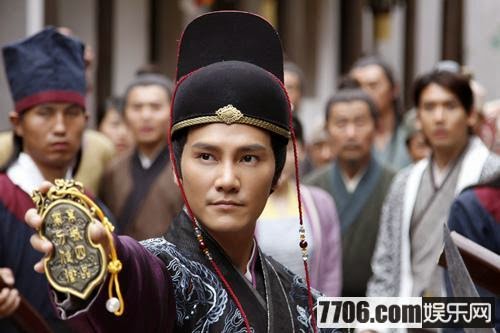 Later, Zhang Zhen and Tang Xin meets the sister of one of the victims and she goes to chop them because they had stopped the execution. So Tang Xin epicly blocks the sword with a teapot: 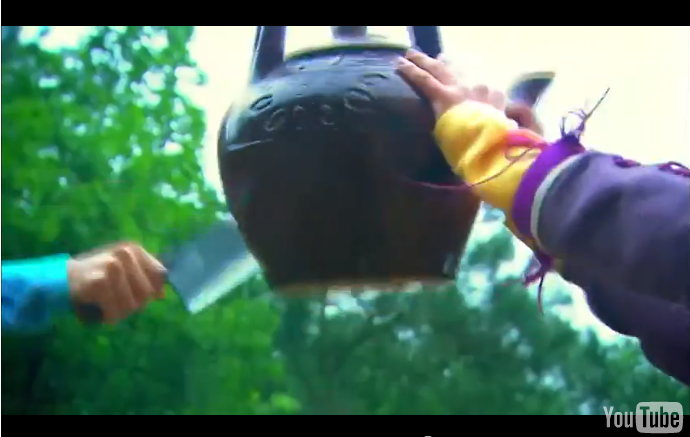 And at that exact moment, Zhan Feng appears and hits the teapot away and stops the sister. He also suavely (he is supposedly an epic ladies' man in this drama) cools down the sister and promises to bring the real murderer to justice. 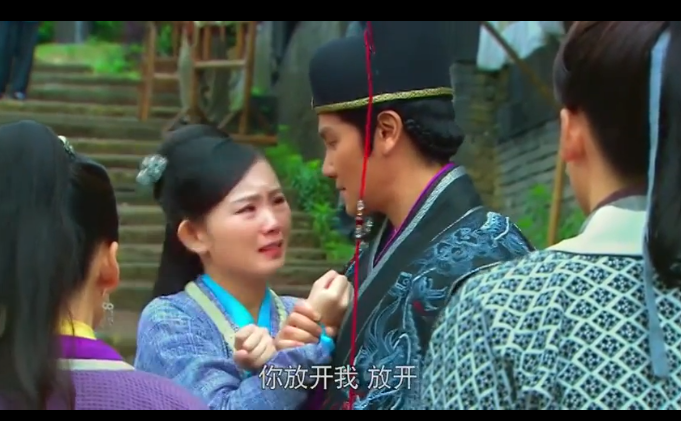 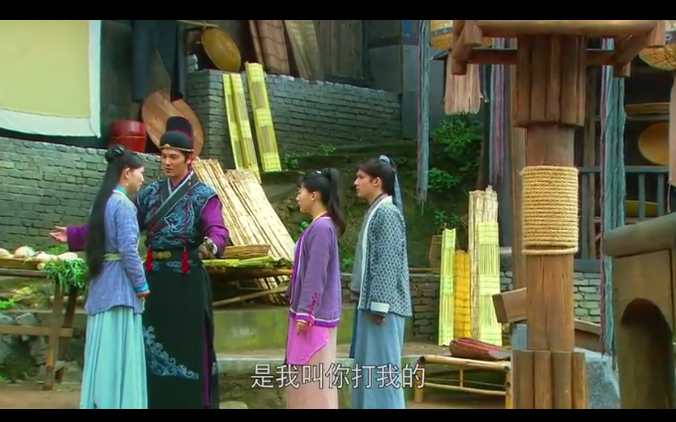 Zhan Feng told her that she cannot beat Zhang Zhen who is a weak scholar, but she can beat him up instead. So, the lady beats Zhan Feng and ends up sobbing in his arms.

Look at Tang Xin's OMG how did he manage this face: 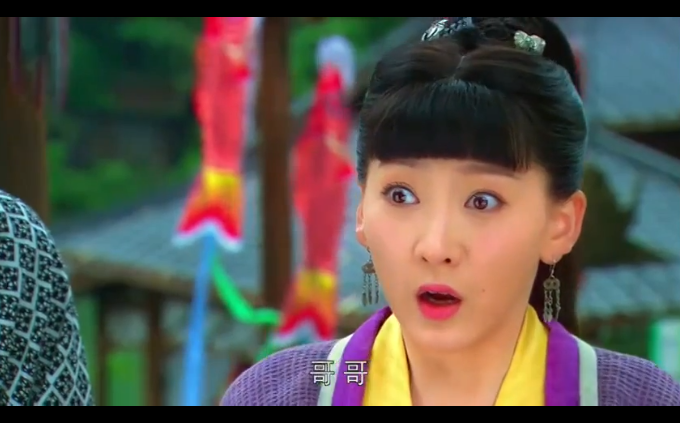 The most epic thing of all - after Zhan Feng settles the angry sister and she walks off appeased, and Zhan Feng makes his way again, Tang Xin actually tries to stop him and cries, "My teapot! My teapot!" 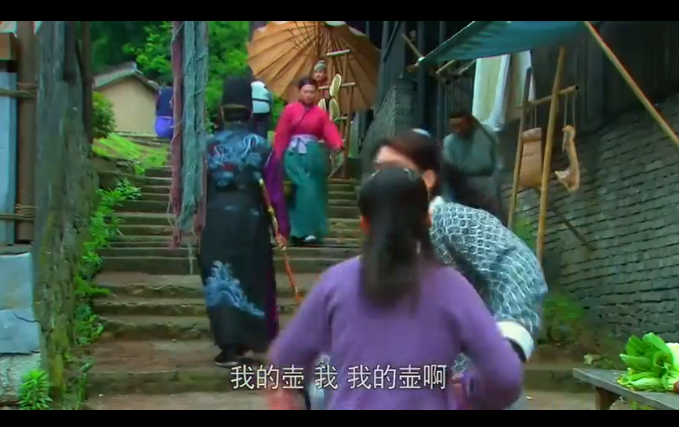 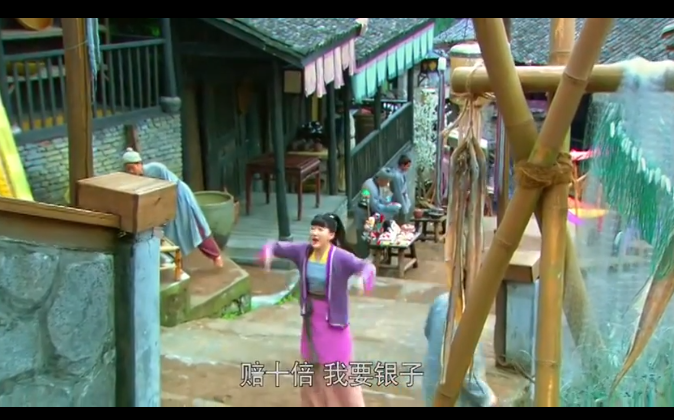 Her best friend, Zhang Zhen, stops her saying he will compensate her instead. And she cries after Zhan Feng, "Pay me back ten times! I want silver taels (their currency)!" 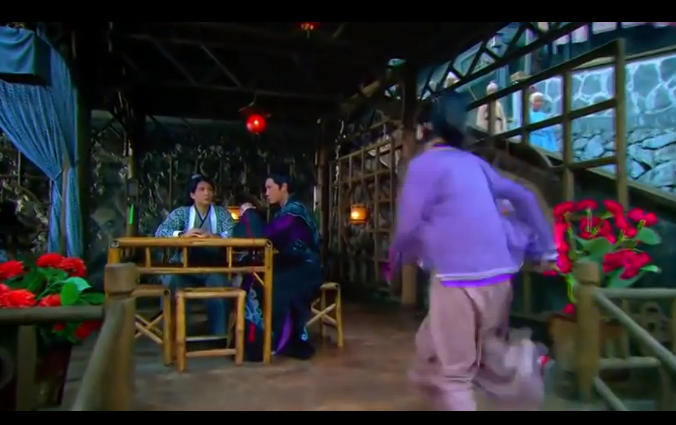 Later, Zhang Zhen and Zhan Feng have a meeting to discuss the case at the tea house, which happens to be the tea house Tang Xin works at! She runs up to them. 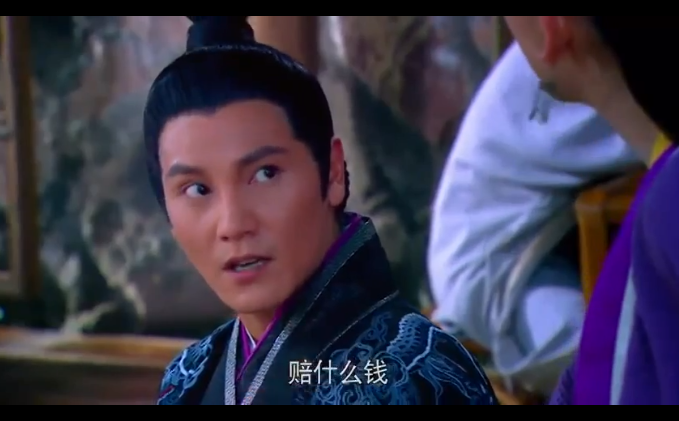 She immediately asks Zhan Feng for money, and he is like, "What money?" She tells him that he broke her teapot and asks him if he is trying to shirk off this debt. Zhan Feng smirks and tells her that in all his years walking the jianghu (basically, the pugilist world) he has never caused anyone to lose out. 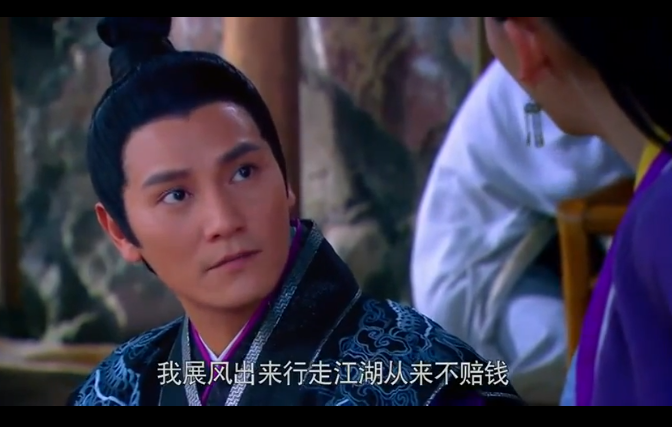 Then, someone walks in with a huge ass teapot: 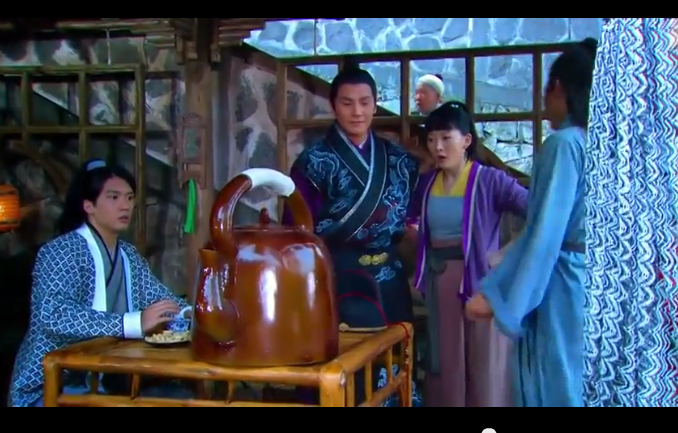 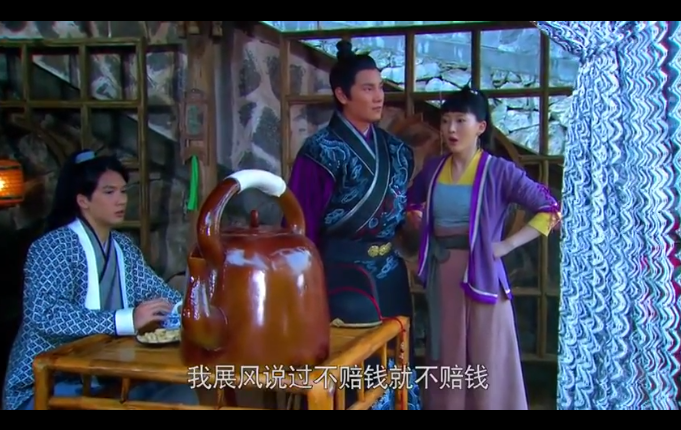 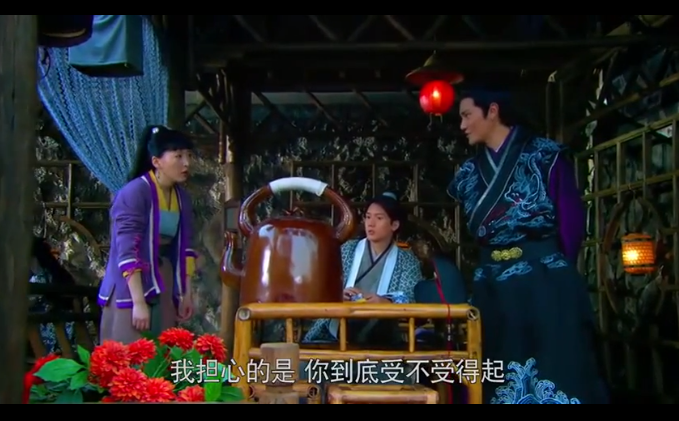 Tang Xin hobbles over to the huge teapot. Zhan Feng states that whatever he break, he will return, and he has fulfilled his agreement to pay her ten times back. He turns and asked, "I'm only worried if you are strong enough to accept this?" 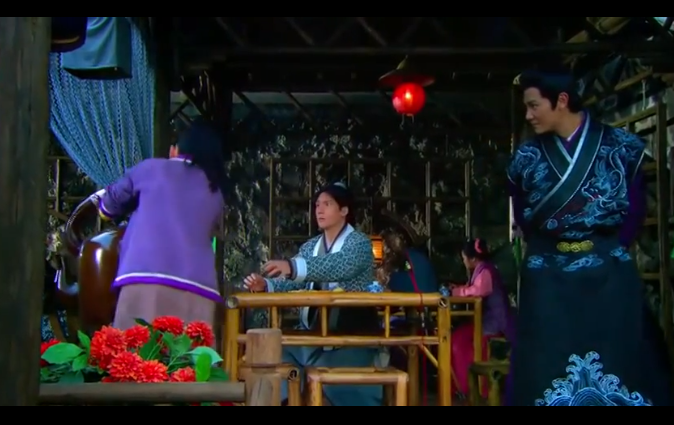 Tang Xin refuses to back down, so she carries the huge teapot and hobbles away.

And that, dear readers, is how Zhan Feng started calling Tang Xin, "Big Teapot".
Posted by Decembi at 14:58