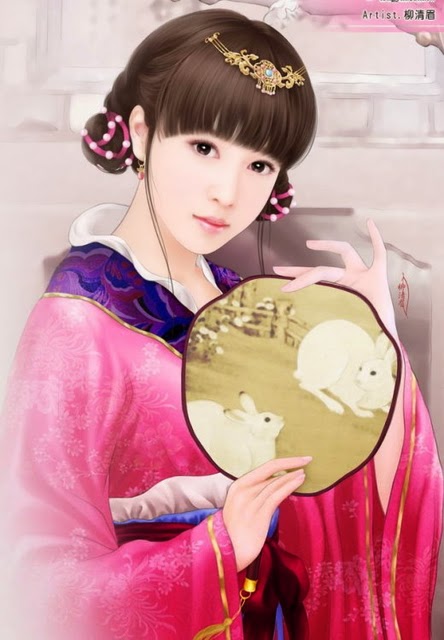 Hello readers, I've thought about it and since I have so many favourite scenes, I will be translating pivotal scenes all the way till the end of the novel! It's not going to be full on translations as I'm going to skip bits and pieces here of politicking and what I consider to be the less "interesting" parts. So, if you are interested in following The Emperor's Strategy but can't read chinese, rest assured that if you follow my scene translations you should be able to follow the whole c-novel as I will summarise briefly what goes on in between. I guess, you can view this as decembi's abridged version of The Emperor's Strategy? Haha.

So, don't fear that I will leave you broken-hearted, because as earlier promised, I will translate properly the ending/epilogue when we reach there and I guarantee that the ending is really good and just the kind of c-novel endings I love <3.

Once Promised and Heavy Sweetness are official translation projects and will be updated at least once weekly. I haven't quite decided the schedule of The Emperor's Strategy. Sometimes it will be quick, because it's a short cute scene, sometimes it may be longer because the part is just too epic to cut short. Let's play by ear!

Also, if you are wondering, this novel has 20 chapters and an epilogue. We are now in Chapter 2.

So, enjoy! If you want to know who I root for, I root for Su Li Li! I like her much more than Jin Mi in Heavy Sweetness haha.

It starts almost immediately after Scene 2. Su Li Li and Mu Tou spend their days in the Little Coffin Shop as per usual, making coffins and squabbling. Haha.

So the scene starts with Su Li Li being worried about Uncle Cheng's sickness.

Mu Tou asked, "Even if the measurements were inauspicious, can it still hurt a corpse?"

Su Li Li profoundly shook her head, "It can't hurt a corpse. If the coffin's measurement is inauspicious, the corpse can become a zombie."

Mu Tou in a voice that was not warm nor fiery, "If you don't dig it out, even a zombie corpse cannot do anything."

Su Li Li rolled her eyes and did not say anything.

Mu Tou seeing that Su Li Li had nothing to say, his interest was provoked, he casually picked up a long piece of corner material, he straightened into a position, and slantingly hit her forehead. Su Li Li only felt wind blowing between her eyebrows, before she could react, she felt her gaze become blurry, and Mu Tou had already "swoosh swoosh swoosh" with one move touched the twelve main meridians on her whole body. Each meridian was a point that was fatal, and at each point he had just stopped half a cm away*.

In an instant, Mu Tou resumed his position, Su Li Li stood dazed like an idiot.

Although Mu Tou's expression was quite satisfied with himself, his face was still stiff, he restrainedly nodded his head then with a flick of his hand, the wood piece flew back into the material stack.

Su Li Li suddenly awoke, she was furious: "If you have this capability to show off in front of me, then why were you chopped into several little pieces last time, such that I had to spent so much effort to join you back into one person again?!"

Mu Tou's voice was deep and cold, "Why don't you ask how is the person who injured me?"

"Dead." Mu Tou lightly said it then turned around to saw the wood.

Seeing that Su Li Li was open-mouthed and speechless, he darkly added, "Whoever injures me with one knife one sword, I will take his life."

Su Li Li hesitated for half a moment, seeing him concentrating, she still could not resist interrupting him and said, "That... I seem to have.... hit you before..."

Mu Tou did not speak.

All the good words Su Li Li could speak, she said. After she finished, Mu Tou raised his head, he looked half in despised and half in magnanimity, "I won't take offence with women." But in his eyes he could not hide laughter.

Su Li Li gazed at his eyes and noddingly said, "If that is so, then I must as well hit you."

After another half a day, Su Li Li cried, "Mu Tou, if you still mess around, I will be angry!"

Mu Tou kept his hands, Su Li Li didn't bother that her whole body was covered with wood shavings, she grabbed a handful of wood bits and threw it straight on his face.

In a moment, the yard was as if snow was flying in June, the floor flowering with explosions, bits and pieces, laughter all around.

*Ahahahah, this made me laugh a lot.

Comments: I just love the playful bickering between Mu Tou and Su Li Li. If one realises how emotionally painful their past is (both losing their parents due to imperial and political strife), one realises how precious is their youthful laughter.