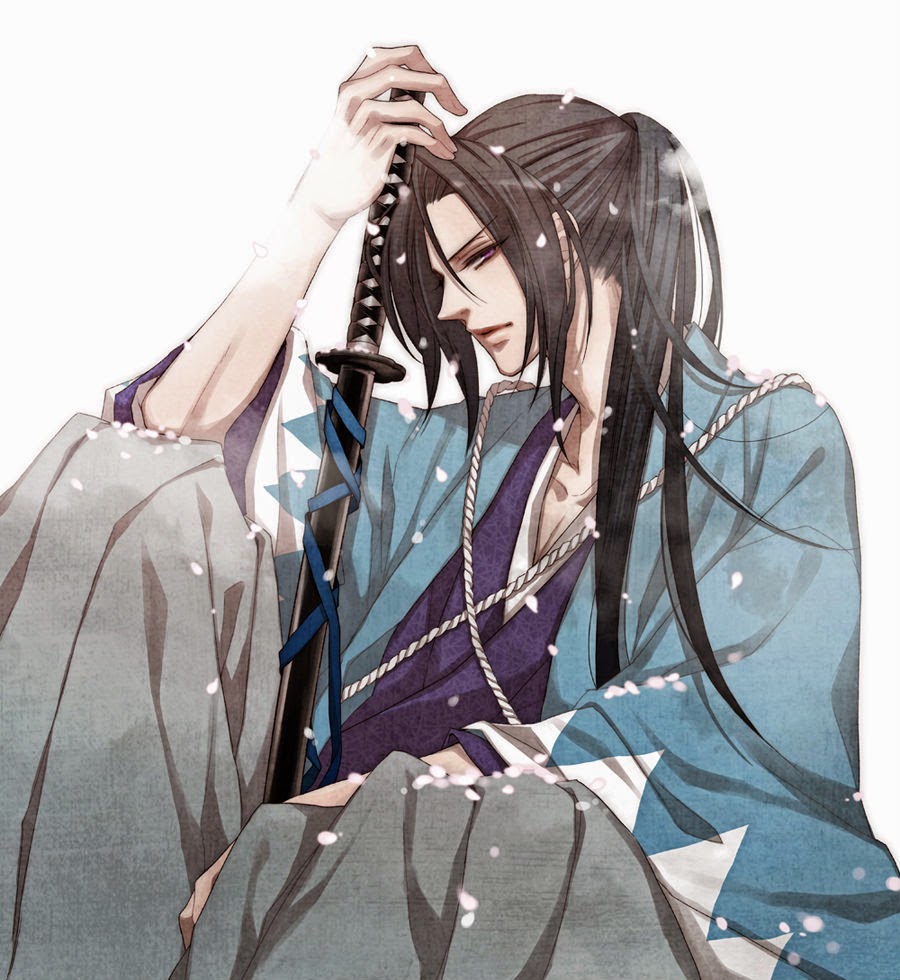 I thought the picture above was perfect for Mu Tou! A vagabond type of swordsman. Heehee. This is a very short cute scene. It comes right after Scene 4.

Falling straight asleep upon hitting the pillow, she had a dreamless night, she only awoke when the sunlight had reached the third stem of the window sill. Su Li Li felt that she had slept an extremely deep sleep, when she awoke her whole body felt lethargic, she straightened her clothes and headed to the toilet.

Walking under the eaves of the roof, Mu Tou walked face-on towards her, and greeted her with a "So you awoke". Su Li Li's body may be awake, but her brain wasn't, she numbly replied, "Yes", and brushed by his shoulders.

On her way back, she saw that early in the morning the yard was already stacked with waste wood material, one floor full of wooden shavings. Su Li Li's hair unkempt, she gave a yawn, and pointed to the floor and said, "You carved these all this morning?"

Su Li Li was alarmed, "You definitely cannot carve this on a coffin. We don't carve our names as a marking in this trade. In case the people who lie in it are too comfortable and they come thanking us, we won't be able to handle it!"

After speaking finished, Su Li Li didn't even wait for Mu Tou to reply, she drowsily washed her face, pulled up her hair, and went to the kitchen to forage for food. Uncle Cheng was sitting on the table drinking soya bean milk. Su Li Li grabbed a piece of fried dough, tore a piece and threw it in her mouth, she heard Uncle Cheng say, "This kid, even before the morning arrived, he was already in the yard working, I don't think he even slept last night."

Su Li Li idly replied, "Maybe he drank too much tea last night and couldn't sleep." But her lips couldn't help being pulled up into a curve.

Comments: Ahahahah! How cute. How cute. Like a young boy feeling the first pangs of love, he carved the name of the girl he likes on a wooden block... just like lovers carving their initials on a tree trunk. At least, that's what I like to think :)
Posted by Decembi at 11:59