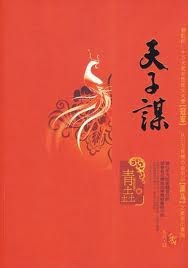 The Emperor's Strategy was 15th on the list Peanuts posted of the top 50 most influential c-novels. Most readers actually prefer the book's original title, The Tale of Su Ji's Coffin Shop, which sounds morbid I know, but is actually perfect. I haven't read a new c-novel that I liked so much, so I decided to write more about this because if you can read Chinese, this is one novel to savour. I think Lost You Forever fans might also be intrigued because the two male leads, 江秋镝 (Jiang Qiu Di) alter ego 木头 (Woodblock/Mu Tou) resembles Jing and 祁凤翔 (Qi Feng Xiang) resembles a combination of Zhuan Xu and Xiang Liu.

Here's the translation of the synopsis I posted on SSB:

In the capital, the young owner of the Su Ji Coffin Shop is Su Li Li (苏离离 - the li is significant in her name because it represents leaving). As spring was just beginning, on one early morning, she by chance saved a woodblock that had met trouble. However, no one knew that she was the daughter of the previous empire's Grand Tutor (akin to the Imperial Adviser), and the other was the current empire's Lin Jiang King's son. They overcome many obstacles, to hide in this small town, to become forgotten by the people, they exchanged their hearts and wanted to never part even till their hairs turned white. However, even before anything could start, Mu Tou who had his own birth secret suddenly disappeared.

In this world of chaos and power struggle, Su Li Li's identity was discovered by Qi Feng Xiang, his heart is scheming, his actions are cruel, he wants to reign supreme over the lands, he forcibly retains her by his side. But in the midst of using her then distancing from her, his heart gets clouded. But the road to become an Emperor is a lonely road, will he be able to give her the peace she wants, will she be able to give him his empire, and how about Mu Tou who said "If I can fly out, I can also fly back", where did he fly to and can he fly back?

In this chaos, who is aiming to rule the sky, who is aiming for an ordinary life, who can without hesitation make the emotional attachments, and whose hand will she hold to look back on these memories of upheaval and peace?

My summary and some spoilers:

The Emperor's Strategy is one of the c-novels that examine two powerful male leads, equally capable, and what they decide to choose -美人(beauty) or 江山(empire)? Jiang Qiu Di/Mu Tou is actually of high birth, the son of a king (but not the emperor), whose father was forced to rebel against the current emperor and then killed. He is the only one remaining of his entire clan - his father had given him a secret, the clues to a map which has all the money and resources for him to rebuild an army and to take over the world if he wanted...

Qi Feng Xiang is the son of an official who had ambitions to take over the throne. His son himself is a lion in waiting. He schemes and plots... all to make his bid for the throne.

Where does Su Li Li fit in? The current emperor overthrew the previous emperor and Su Li Li's father refused to give the current emperor, the symbol of power, the Emperor's Strategy, which is said to be the key in ruling the lands. So, his entire clan is killed - but Su Li Li and a loyal servant manages to escape. Su Li Li's maidservant, Yan Huan, is mistaken for Su Li Li and is forced by the current Emperor to become a prostitute all of her life.

Su Li Li, in her young age, did not know of Yan Huan's tragedy. But when she did, she came to the capital (despite the risk to her life) and aims and plans to rescue Yan Huan... except Yan Huan hates her now and refuses to be rescued by Su Li Li. Su Li Li sets up a coffin shop in the capital, the Su Ji Coffin Shop, and this is where the story starts.

A young extremely injured boy is found near her shop. Su Li Li says she has nothing to give, if this boy wants to die inside her shop, she can only give him a thin-skinned box. Hearing her words, the boy opens his eyes and he looks like a young wolf lost from his pack, fearful and heartless. Somehow, this stirs Su Li Li and she uses her savings to hire the best doctor to heal the boy. Later, she names him Mu Tou and he works in this small coffin shop with her...

But then, Qi Feng Xiang comes to town and chances upon Su Li Li when she was tomb hunting with another friend. That was their first meeting, and she caught his eye. Qi Feng Xiang was actually finding the previous Grand Tutor's daughter because he wants the Emperor's Strategy...

Caught between the desires, ambitions and dreams of the two men, where will their ultimate happiness lie?

This c-novel has a nice pace, having only a short decent 20 chapters! I tend to skip over the political scheming and fighting because I don't read c-novels for palace politics. I read c-novels because of the heart, because of the feelings and burning emotions between the characters. In that aspect, this novel does not disappoint - Qing Yao is known for her lyricism in her words and her words are just so beautiful and poetic. The plot and characterisations aren't exactly extraordinary, but the way Qing Yao writes about their feelings is etched within my heart. Perhaps, that is why it's so influential?

I plan to do a special entry for Jiang Qiu Di/Mu Tou with favourite scene translations and then another one for Qi Feng Xiang, to capture all the best parts! I will then translate the ending/epilogue. If you can read chinese, I definitely recommend having patience at the beginning, because after the first half of the novel, it's a beautiful lush dream of a beauty and an empire. 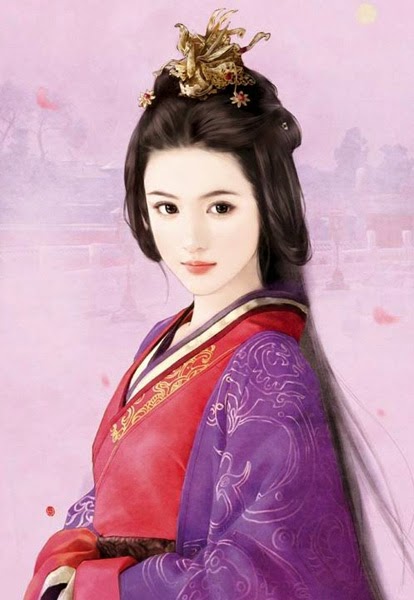 Email ThisBlogThis!Share to TwitterShare to FacebookShare to Pinterest
Labels: Lost You Forever, Reviews, The Emperor's Strategy