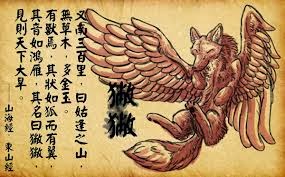 Dear Readers, perhaps xia0yuer and I have some strange karmic connection in our past lives, as you know, I took over her Heavy Sweetness translations halfway when she disappeared... and now she's back! She's offered to share the translating burden of Once Promised! We are still working things out, but *cross fingers* because that means you will get Once Promised so much faster and better (since she translates amazingly well).

Heavy Sweetness fans will probably rejoice, because that gives me more time to translate faster as well! My workload is increasingly getting heavier so I think this will all hopefully work out for the best. The translation community has gotten so vibrant of late due to the Lost You Forever fever, and i hope this brings lots more great c-novels to the english community :). I dream of sharing so many more c-novels!!!

Ok, so back to chapter 5. The famous winged fox Ah Bi and the white swallow Lie Yang appears in this chapter! I love Ah Bi. He is one of my most favourite characters - too lovable.

I think I will summarise the first part and translate the second part. The chapter title is soooo romantic. I think it's my favourite in all the series. My summaries are semi-translations if you noticed haha, I basically almost translate it word for word but skip descriptors and some dialogues.

After the Peach Banquet ended, all the guests left and there were no more puppet maidservants. Even the real maidservants were rare and the Jade Mountain became very quiet. The desolate and lonely Jade Mountain - this was its real face. Not even the thousand miles of peach blossom flowers could hide the emptiness.

Xi Ling Heng realises why the Emperor Mother has a peach banquet every thirty years. It's too lonely and boring on Jade Mountain! As she starts to get frustrated about how long 120 years will be on Jade Mountain, Chi You sends a weak winged fox (It's called bibi in chinese, hence his name becomes Ah Bi. He is a legendary creature.) to Xi Ling Heng. The poor baby fox's mother died in battle and with its last breath she tore the baby fox out of her stomach. Chi You saved it and sent it to A'Heng.

A'Heng carried the fox to the Emperor Mother but she said coldly, "These are noble and proud creatures that are very hard to rear - he won't live."

The Emperor Mother shakes her head, the silly creature has its own lucky fate. Clumsily and unintentionally, it has found its lifeline!

So every day, A'Heng feeds it peaches, jade bone marrow and her blood. It starts to grow extra strong with especially different and defined wings! After a year, the winged fox is as big as a cat and A'Heng names it Ah Bi. Ah Bi is very special - the winged fox cannot actually fly, but Ah Bi can fly! Every day, A'Heng plays with Ah Bi and waits for a letter.

Her oldest brother, Qing Yang, is always busy with work, so he doesn't write. Her fourth brother Chang Yi is very concerned for her, but only sends food and doesn't write. Only Chi You - only Chi You sends letters frequently. In one month, he can send a few letters, long letters about the local specialties and geography of where he is, small letters of just a joke, what he ate, sometimes they are as long as a hundred words, sometimes they are as short as "On the desk, the Night Blooming Cereus has blossomed, white, smells nice." 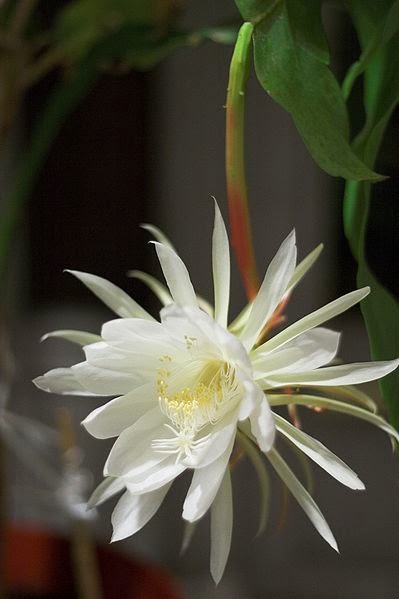 Sometimes, he will give a surprise. He will tell her, the Han Waters have a monster that eats people, he subdued the monster and suffered light injuries. The monster died and he made the teeth of the monster into a windchime for her.

Xi Ling Heng hung the windchime on the eaves of the roof. Every time the wind passes, in the midst of the beautiful chimes, she will imagine: Huge waves, Chi You and the water monster fighting, his arms are hurt, red blood dyeing the Han water, but his mouth still holds a proud wild smile that says he doesn't care.

Sometimes Xi Ling Heng will think, if she read all her letters at once, they would bore Chi You to death. But she wrote the letters happily, and Chi You always replied.

Perhaps because they exchanged letters so frequently, although the Emperor Mother did not mind lending her green bird to pass A'Heng's letters, Chi You found it inconvenient and told A'Heng he had found a very good bird to be their messenger.

A few months letter, a pure white bird tied with five flowers was sent up Jade Mountain. Chi You had no time to tame it before sending it to A'Heng so he sent the bird first. At first, A'Heng wondered - what kind of bird such that even Chi You could not tame? The bird was extremely beautiful - then A'Heng realised that it was very proud. When it cried, its voice was very horrific to listen, all the other birds would tremble on their branches. The Emperor Mother explained that the white bird's voice is very lovely but because it is trying to speak like a Phoenix which is above its ability, hence it is so awful to listen. Every five hundred years, the Phoenix will lay an egg, but somehow the white bird's egg landed in the Phoenix's nest and the Phoenix egg disappeared so it reared the white bird like its own.

So A'Heng told the white bird, "You are no ordinary bird since you can battle with Chi You, I have no ability to tame you. But since Chi You made the effort to give you to me, I cannot let you go easily. Just stay on the Jade Mountain first to help me pass messages, when I leave the Jade Mountain, you can decide whether to stay or go. If you agree, I will release you, if not, I will trap you for a hundred years."

The Emperor Mother shook her head, the Phoenix mother must have loved the white bird so much that it gave it her own hundred years essence (hence the white bird can spew fire).

At first, the white bird resisted, but then started to get bored because no one bothered it although it was fed everyday. A hundred days later, the white bird pecked at Xi Ling Heng's clothes. Xi Ling Heng said, "You are not a sparrow, you are not a Phoenix, you are you, only one in this world, I will temporarily call you Lie Yang**, if you have the chance to cultivate a human shape, you can change another name as you please."

Xi Ling Heng happily writes a letter to Chi You, thinking how shocked he will be to see that she has already tamed Lie Yang.

As Lie Yang flies away with her letter, Xi Ling Heng sits on her table, one hand on her chin, gazing at the windchime, her cheeks slowly turning red.

Soon, thirty years have passed, it was the Peach Banquet again.

*Xiao Yao may have the healing abilities from her blood from A'Heng, but its also because she grew up on Jade Mountain and ate their special peaches and jade bone marrow which are filled with divine essences!
**Lie Yang means scorching sun. It really suits its name right? Haha.

Comments: As if I wasn't a big enough Chi You fan - he sends her a cute companion, a messenger bird, and letters, lots and lots and lots of letters. Good ole romantic love letters - is there any better courtship? <3
Posted by Decembi at 21:00