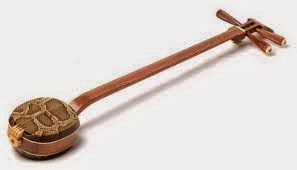 I'm splitting Chapter 3 into 2 parts because it's a bit too long for me to summarise all in one go. Also, I love Chapter 4 to bits to bits to bits. I think I might translate most of it (cross fingers, I can snatch enough time) and I really have no idea what I'm going to do when all the pain starts, because now it's all butterflies and peach blossoms and oh my heart! <3

Clearly, I am on the Chi You-A'Heng ship, but in Chapter Three, Shao Hao, the second male lead makes his first "appearance" and he does sound like the absolute godly contrast to Chi You. It should be interesting how they "fight" it out.

Chapter 2 (Mistakenly Falling into the Web) wrap up:
The previous Chapter 2 I summarised was a bit redacted. Here are the additional details: It's 200 hundred years later from the events of Chapter 1, it's revealed that one of the prince who had also gone to deal with the Jiu Yi Tribe with Zhu Rong went and save Chi You. This prince is a kind-hearted prince called Yu Wang, but he has quite low godly powers (I fear for his life already haha). He is the only son of the Yan Emperor, Tong Hua makes a little note that the Yan Emperor now is passionately concentrating on chinese medicine. So Chapter 2 starts with Yu Wang going to a sacred ground in Sheng Nong and it's realised that Chi You (he has a name!) lives here. He has a master, that we do not know of yet, and this sacred ground was decreed by the Yan Emperor so Zhu Rong doesn't kill Chi You haha. So Prince Yu Wang tells Chi You that he heard Zhu Rong is using a mountain in Bo Fu Country to cultivate his powers and fire. Although this is illegal, none of the other officials dare to go against Zhu Rong, so Prince Yu Wang ask Chi You to help him go to Bo Fu Country and check it out for him. Chi You is reluctant since the enmity between Zhu Rong and him is already so great, but Prince Yu Wang says he just needs to confirm the fact for him and he will deal with it himself --- he also promises the Yan Emperor's best wine, and so Chi You makes the trip to Bo Fu Country.

So, that provides the context of why Chi You heads to Bo Fu Country! It's not clear though if Chi You actually recognises A'Heng when he sees her for the first time, although she is also dressed in green. My gut feeling is that he does not consciously recognise her, though his gut instincts does because Tong Hua describes him feeling like all the trees have blossomed. Chi You actually wants to ignore her, because she smiles at him and his experience in the last two years is that people are evil behind their smiles. But, she persists, and he decides heck it, he shall find out what lies beneath her smile...

There's a short paragraph more after my summary ends for Chapter 2, basically Chi You wakes up the next day and realises A'Heng has disappeared. He looks at the sky and sees the angry fire god, Zhu Rong, riding on his special Bi Fang bird (a mythological bird that appears during fire disasters) with the plan to take revenge on A'Heng. So, Chi You disappears in a flash too.

Comments: Heh, isn't it awesome that no matter the enmity between Zhu Rong and Chi You, Chi You will protect A'Heng from Zhu Rong even two hundred years later?

Chapter 2's title, Mistakenly Falling Into the Web - I think it describes how Chi You's decision to find out what lies beneath A'Heng's smile is what led him to fall into the web of love, which will unravel and trap him endlessly.

Chapter Three: Making a Mistake Because of a Past Fate

"Let's find a inn after we get down from the boat so we can make marriage arrangements."

The opening was very cute since for a moment you were worried the red robed male was Zhu Rong, but it turns out to be Chi You, who has been shamelessly following her for one month claiming they are already engaged (while secretly protecting her and keeping a look out for Zhu Rong). Since, A'Heng can't argue back with Chi You, she embarrassedly runs away but Chi You catches up with her at an inn.

At the inn, everyone is discussing about the drought and a figure called Shao Hao. This name catches Xi Ling Heng's attention.

The drought is worst between the boundary of Shen Nong country and Gao Xing country. The refugees who have nowhere to go have started to rebel and even dared to kill members of the God tribe. Jun Emperor is so angry that his son, Shao Hao, volunteered to bring the army to subdue the rebellions.

One thousand and eight hundred years ago, Shao Hao already made his name known throughout the lands. It was spread that in his white robe with just one long sword he made the Shen Nong General's hundred thousand army fall back. But, after he became famous, like a shooting star in the dark, he disappeared and have not appeared in one thousand over years.

Thus, he has become a legend. It is rumoured that he likes to make wine and play the guzheng - the wine he makes can cause the living to forget their troubles, the dead to smile; the music he plays can make the ground return to spring and a hundred flowers bloom. Shao Hao is also a legendary blacksmith who can create all kinds of wondrous weapons - he is not proud and is willing to give people guidance, but he destroys all the weapons he makes, so the existing weapons that he has forged which are still present on earth are very rare.

So in the shop, there is an argument as the Shen Nong people think the Gao Xing people are arrogant and it's not possible for Shao Hao to be so powerful.  If he is so powerful, why doesn't he attend the Emperor Mother's Peach Banquet? They say he cannot be as powerful as their Zhu Rong (the Fire God), who has beaten tons of heroes at the Peach Banquet. The mocking of the Sheng Nong people are stopped by an old man. This is the same old man in Chapter 2, his special characteristic is that he has a samisen on his back (see the picture of the musical instrument at the top of the entry).

The old man starts to play his samisen and tell a story:

There's a famous saying in the great wilderness, "One Mountain, Two Countries, Three Imperial Empires, Four Great Families", but only the heroes from the Sheng Nong, Gao Xing and Xuan Yuan are famous now...

The One Mountain refers to Jade Mountain, the two Countries refer to Hua Xu Country and Liang Zhu Country. The Four Great Families are Chi Shui, Xi Ling, Gui Fang and Tu Shan. If we go by history, these people are actually older that the Three Imperial Tribes but One Mountain has a tradition of not bothering with worldy cares, the two Countries are almost illusory with people not being able to capture their real presence and the Four Great Families are reclusive to protect themselves.

As a side interlude, Chi You asks Xi Ling Heng if she has anything to do with the Xi Ling family. She says she has blood relations with them but is not part of the main line of the Xi Ling Family.

The old man continues his story and tells of how Shao Hao loves to forge weapons and had stayed in a remote village. However, when the sixth generation Jun Emperor was heavily ill, the God Tribe came to the remote village and that is when Shao Hao put down his blacksmith tools and wore his royal robes. This shocked all the villagers. The Gao Xing country places a lot of emphasis on rank and social proprieties, so for a royal prince like Shao Hao to come to a remote village to make farming tools and teach them his skills, it's something completely unheard of. Although, Shao Hao appeared to completely disappear in the last thousand years, he has actually be going around capturing demons and helping the weak. Subduing the rebellious citizens is a difficult task, and yet he willingly volunteered to do it.

So the old man tells the mocking Shen Nong people - they better not say such things when they are in Gao Xing, or they will cause public outrage.

Xi Ling Heng lowered her head at this, it's not clear what's she thinking, her expression a mix of joy and worry. While, Chi You frowns as if he has heard something, and goes outside...


Comment: Those who follow Koala's Lost You Forever translations will notice that Xuan's Master is someone who used to be a blacksmith. Coincidence? Haha.