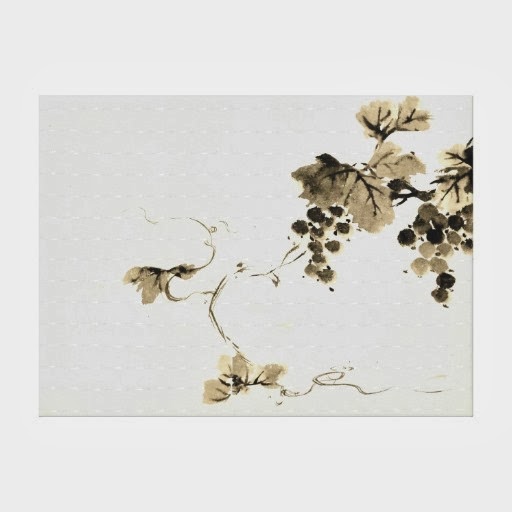 Thanks again for reading and the support!

I stretched out my tongue to prepare to lick my lips to reduce my temperature, but Phoenix accurately captured it, and hooked the tip of my tongue back. In that moment, it felt like there was only Phoenix's lips and his hands on my waist left in this world, and everything else had disappeared.

The world spinned, and I reflected. The Moon God did not trick me, mutual cultivation was indeed enjoyable. I have to take this opportunity to carefully remember the steps, so that in future, I am able to mutually cultivate with other people if necessary.

I was just planning on this, when Phoenix suddenly paused. He grabbed both of my shoulders and pushed me away. His gaze was painful, "Wrong! Chaotic! This is all wrong."

Hmm? I was shocked - I had wasted all my efforts to remember all the steps. I had made myself a disciple to the wrong teacher!

I blinked my eyes and enquired humbly, "Why?"

Phoenix replied, "Why?" His face had a dejected expression, "I know that you already have feelings for me, as I have for you, but... fate makes a fool of us, the heaven is not fair... our relationship will not be condoned ethically, if you insist on being with me, you will incur heaven's fury, and be destroyed..."

The more I listened, the more confused I became. I wasn't sure what Phoenix's drunken words were saying. However after the mutual cultivation, I was tired, and so I yawned, and lightly patronised Phoenix, "If one is destroyed, then so be it."

Phoenix emotionally grabbed my hand and said painfully, "It's alright for me, but how can I bear for you to incur heaven's fury?"

I sleepily waved my hand, "It's ok it's ok..." I could not take the heavy drowsiness that came over me and laid down and went to see Master Zhou (the god in charge of sleep/dreams, like the Sandman).

I was half dreaming and half awake, but Master Zhou looked like Phoenix, and was stroking my cheeks with an expression of affection and suppressed pain, "But how can I bear..."


I unconsciously trembled and tightened the blanket around me.

When I opened my eyes again, it was already morning. I rubbed my eyes and got up. A ray of seven coloured golden light followed my movements and fell to the ground. I looked at it; it was a Phoenix feather - it still glimmered on the ground. To think that even a feather of Phoenix is so grand, Phoenix was indeed a proud ostentatious bird!

I observed my surroundings, Phoenix that proud bird has disappeared. I satisfiedly heaved a sigh of relief, now I would not have to make an excuse for taking an additional three hundred years of cultivation.

I happily raised to freshen myself up and tied my hair back with Phoenix's feather as a hair pin. I cheerily went out of the door, and saw that Night was outside playing chess. He gave me a gentle smile, "Jin Mi, did you sleep well last night?"

I returned his smile and said, "Very well. But, did the osmanthus wine from last night affect you?"

"Jin Mi's wine is pure but not strong, truly the finest product. Unfortunately, my wine capacity is low, and caused you to see a joke," Night said as he poured tea into a small cup, "Jin Mi has woken up at just the right time, I've reset our chess game from as we have left it before, shall we continue?"

I took the tea cup that Night had prepared for me, and placed a white piece and sat down, "Yes..." I said uncertainly as I looked at Night, "Have you seen Phoenix?"

"Today is the Heavenly Empress' birthday, I saw Phoenix quickly leaving this place earlier. He must have returned to the Heavenly Realm to greet the Heavenly Empress," Night said lightly and looked at me warmly. When his gaze saw Phoenix's feather on my head, he paused for a moment and the black piece in his hand landed on an awkward spot on the chess board, "Your hair pin is rather special*."

I was considering if this chess move by Night was a new strategy and said, "I merely picked it up from the floor, if Night likes it, you may have it."

What a soulmate! I also felt that the grape tendril looked very good, simple and elegant, a grandness in its modest nature. Thus, I happily gifted Night a grape tendril. Night gave a look of full appreciation and took down a white jade hair pin from his head and placed the grape tendril on it.

With not even enough time to finish a pot of tea, the chess game had finished. I had won narrowly by two pieces** and my heart was very happy. I said to Night, "I shall treat you today. Where shall we eat in the city for breakfast? I heard yesterday that what I won from gambling yesterday is very useful, it can buy food and clothes, an official rank, or even wife and children! But too bad Night is already engaged, or I can buy a few wives for you. Pity, what a pity," I sighed.

Night was keeping the chess pieces and when he heard that his hand froze for a moment.  Half of the already carefully kept chess pieces fell out.

Look at that emotion!

Night put down the chess piece and looked at me, "Breakfast is already very good, no need for a wife..."

I looked at the table and the fallen chess pieces, and suddenly thought of testing out the six hundred years of cultivation Phoenix had given me. I placed two fingers at my mouth and fully concentrated on the white pieces and chanted, "Change to buns, buns, buns!"

Comments: *In ancient chinese culture, lovers usually give each other a love token to confirm their affections, and a common love token for a girl is a hairpin. Hence, Night's frozen reaction when he saw Phoenix's feather on Jin Mi's head!

**I always suspected that Night purposely lost to Jin Mi and he had to use his skills instead to make the loss not obvious to Jin Mi. Haha. After all, Night is someone who could remember the uncompleted chess configuration from their last game.
Posted by Decembi at 14:00