Corrupted Girl GAGA (腐女GaGa) & Black Belly Boss, Don't Run Away! (腹黑BOSS，你别逃!) by The Mew From A Cat After A Lazy Nap (睡懒觉的喵) (4 stars - HE)

Both novels are fun, light-hearted and comedic romantic love stories by The Mew From A Cat After A Lazy Nap (a pretty epic author's name haha). They are recommended if you like to read boss-worker love stories where the boss strategises into making the girl fall for him.

I gave both of them four stars, because they were funny and very readable - no out of this world angst that makes you wonder what happened to these two characters - consistently light throughout. I also liked that in the second one, Black Belly Boss, Don't Run Away!, the girl who the boss thought was cute like a rabbit, turns out to be a LION (best twist ever).

The first one, Corrupted Girl GAGA, I started to read it through recommendations from SSB. 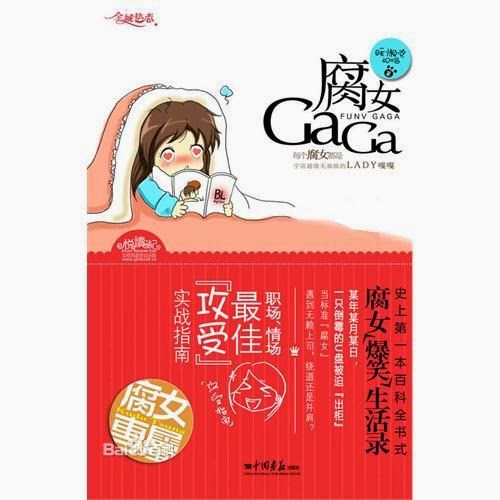 The female lead, Bai Ning, works as a junior officer in the editorial team of a magazine, and the male lead, Ren Han, is the head of the reporter (?) team. The novel starts with a meeting, the very big boss, the head of the company, downloaded from Bai Ning's thumbdrive, to give the office presentation - Bai Ning is stunned because the very big boss was going to open her secret folder, her GV folder!

I have no idea what GV folder stands for, but it basically contains I imagine pretty scandalous boy-love kind of videos. Haha. This is why our female lead is called Corrupted Girl - she has been "corrupted" by boy love novels (see the cover picture above) and likes to imagine handsome guys together. So, Bai Ning went up and slammed the very big boss' new Apple Mac laptop - ruining it. Everyone is shocked - and Bai Ning says she will buy the very big boss a new Apple Mac laptop.

Bai Ning gets very stressed afterwards because she has not enough savings for it! The male lead, Ren Han, introduces the very big boss to a retailer he has a discount with for the Apple Mac, and pays for Bai Ning first - Ren Han becomes Bai Ning's debtor! Haha. Also, Ren Han had gotten Bai Ning's thumbdrive after the meeting and knows Bai Ning's "corrupted" secret - from then on, Bai Ning becomes Ren Han's slave.

It's pretty hilarious as Ren Han schemes - each time he "saves" Bai Ning from her mistakes, her debt to Ren Han increases! I seriously had no idea if Ren Han actually liked Bai Ning or just liked bullying her from the start. And then Ren Han "blackmails" Bai Ning to tell him what the editorial team plans to do for next month's issue, so his reporter team can win the next month's challenge. So, as Bai Ning's debt has snow-balled, she does the most awesome thing --- she gets money from her parents (*twist 1: she turns out to be from a rich family but hides her identity) to pay off the debt and QUITS. She says she will not sacrifice her integrity for money and walks out of the office.

Anyway, I really loved that because I am fine with "stupid"/"silly" female leads but I need them to have a backbone. It turns out (*twist 2*) that Ren Han and the other bosses were part of a plot to test Bai Ning's integrity before promoting her to a more senior position as they needed to trust that she won't betray company secrets. Bai Ning is surprised, then happy, but also a bit sad... because she wonders if Ren Han scheming to be close to her was all just for work?

Comments: This book was really fun to read. It starts out a bit slow, but if you persist pass the first few chapters and once Bai Ning and Ren Han starts interacting, it becomes really funny. Also, you get a chapter that shows the story from the male lead's point of view later, so you realise that he really liked her from the start - because he likes cute things. <3

The second one, Black Belly Boss, Don't Run Away!, I read it after liking Corrupted Girl GAGA so much. 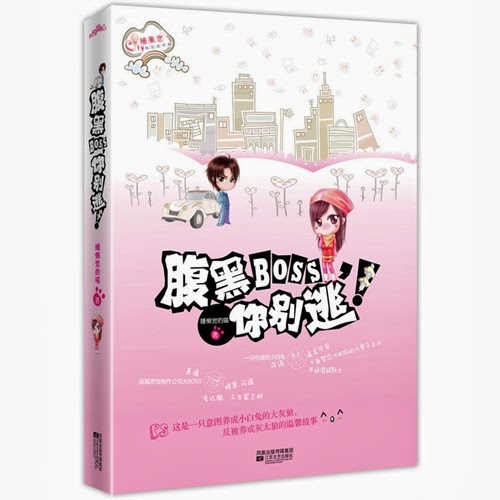 The synopsis I posted at SSB:

Realistic version - Nuo Nuo's first matchmaking session, she was shocked at her bad luck. Her matchmaking date was her BIG BOSS, and what was even more unimaginable, from this day onwards, their destinies start to shift...

The summarised version - This is a light-hearted story of how a Big Ash Wolf who schemed to take care of little white rabbit, got schemed instead to become a Poor Ash Wolf !

Actually the synopsis covers the story very well! Xiao Yi, the male lead, is the CEO of a RPG gaming company which Nuo Nuo works at. She is a new employee - but she is smart and capable. She gave up a good job in another company because she really loves RPG games! Nuo Nuo meets Xiao Yi at a matchmaking date her Mum arranges and she is shocked - because her mum told her that her date will be a simple office worker. Also, Nuo Nuo becomes mortified because she actually stated she was married in her office application as her dad advised her that it will make her look more serious (haha). So, she admits to her big boss that she isn't married.

Their fate starts from there - Xiao Yi's little brother also likes Nuo Nuo, and Xiao Yi gets Nuo Nuo to go home with his little brother after he finishes school, makes Nuo Nuo wash his lunch box (after she washes another of her superior's lunch box), etc etc etc. It's really cute and silly in the usual black belly boss - little worker way.

But then, it turns out that the black belly boss who appears like a BIG BAD wolf, gets tamed by Nuo Nuo, who is not a lamb or a rabbit, but a mother tiger! Haha, that was fun, because usually the little worker gets bullied all the way, but Nuo Nuo gets to bully Xiao Yi back. She purposely uses Xiao Yi's scheme against him and makes him hopelessly jealous when her "first love" comes back.

It's also really sweet because to win Nuo Nuo's heart, Xiao Yi even went to read a dating manual <3. It really is very cute, and Xiao Yi admits in the end that he is willing to be a poor ash wolf for his mother tiger Nuo Nuo. <3

Here's a short translation of the ending:

The scene starts after the game making team left...

Unexpectedly, Xiao Big Boss hugged Nuo Nuo and asked, "... Do you feel that the apron suits me?"

Nuo Nuo was surprised, then realised what Xiao Big Boss said and laughed, "Why do you suddenly think of that?"

"Ah, why?" Didn't they plan to enjoy being in their two person world? This is why the little white rabbit tolerated eating instant noodles and did not return to her mother's home?

Xiao Yi paused, then said clearly, " Go home to learn how to cook from your mother."

Nuo Nuo was shocked, "You learn or I learn?"

These two words had too huge a killing effect, in that moment, Nuo Nuo could not digest the meaning of these words.

Nuo Nuo said, "Why do you suddenly think of that..."

Ah... alright, Nuo Nuo admitted that she was lazy, she knew that learning how to cook was inevitable after getting married, but she had delayed it and did not do anything. But, she really did not expect that Xiao Big Boss will be so obedient, and raise it on his own.

"So after work every day, you will come home and cook?"

Xiao Big Boss had said earlier, fate has arrived, no matter what you cannot escape. What belongs to you, even if you want to hide, you can't hide away from it.

Perhaps, it is destiny, he was destined to be transformed by little white rabbit into poor ash wolf? Then... I will accept destiny. Actually poor ash wolf is also happy, because there is a cute and dear little red wolf kissing him.

Email ThisBlogThis!Share to TwitterShare to FacebookShare to Pinterest
Labels: Black Belly Boss Don't Run Away!, Corrupted Girl GAGA, Reviews, The Mew From A Cat After A Lazy Nap, Translations