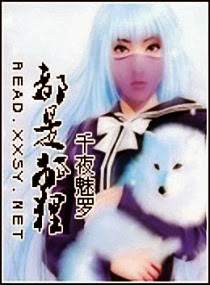 The synopsis I posted at shusheng bar:

Her looks surpass this world, her talents are earth shattering, but all these can be deeply hidden by her. Because she knows beauty will not be a blessing, and intelligence is a greater virtue, especially in these ancient times where evil runs abound - so in the eyes of the people in this world she is a woman who is so ugly that ghosts will be afraid of seeing, she is a weak lady who does not know anything.
A sacred decree from the Emperor causes her to marry the renowned Prime Minister Dong Ling (North Hill). Having to face all the disdainful glances and open and hidden attacks from the people around her - she looks at it with cold eyes and a cold smile, all these were not what she wanted - why do women like to make things difficult for other women?
She's the ugly, cowardly, useless delicate lady, Zi Yin Ye (Violet Silver Night), but even more she is the handsome, dashing, amazingly talented Prime Minister Ye Yin!

To be honest, I struggled for a while before deciding to review this c-novel. While I thought it was fairly well written, I personally felt it was far too long (a total of 121 chapters and 2 epilogues) and it did not meet my minimum of 4 stars to be recommended. On the other hand, I've agreed with Peanuts to add more ancient c-novels to the shusheng bar (haha) and despite its many flaws, it was pretty unique and good enough to make me finish it.

Why I said it was pretty unique was because intelligent female leads are more the exception than the norm - and this female lead was really very intelligent, and not the kind of intelligence that you kind of semi-scowl at the author for trying to trick you. She actually travelled back from modern times (but this is not really touched on or dragged so I'm fine with it, because I usually hate the time-travelling trope) and this explains her talent in poetry - she copies poems from famous poets (haha) and her intelligence (because she's much older and experienced than her age belies).

The title, Both are Foxes, is used to describe the two main leads. They are both foxes - because they pretend to be sheep (harmless, gentle, guileless) but are actually very crafty, cunning and intelligent! This is a love story bigger than both of them - and part of the joy is to see them out-trick each other and use their wits. The main female lead, Zi Yin Ye, has no interest whatsoever in Ren Feng Yao (the prime minister of the Kingdom of Dong Ling) because he is an extraordinary man. Extraordinary man attracts women like butterflies and all she wants is a man who will love her devotedly and only her.

Zi Yin Ye was living her quiet simple life in her family, a rich household in the Kingdom of Dong Ling, when she's ordered to marry the Prime Minister of Dong Ling, the handsome "gentle" Ren Feng Yao. She is shocked - because she was the one who created the rumour that she was ugly and hid in the back hut of her household (as she liked the peace and quiet and no one in her household dared disturb her). So, she is forced to marry Ren Feng Yao - not knowing that Ren Feng Yao was irritated by his majesty's order to pick a wife, so he just squashed all the portraits into balls and randomly picked her!

Zi Yin Ye creates a scheme to make Ren Feng Yao believe she already has a lover, and he agrees to divorce her after three years. So, they marry but are as good as strangers. However, when one of her good male friend, who is a general in another Kingdom, Dong Zhi, (which has been divided into two), asks her for her help to establish his lord as the King of the combined Dong Zhi, she decides to fake her death. She establishes a new identity in Dong Zhi, a male identity, she becomes Ye Yin - the future prime minister of Dong Zhi!

The story is really pretty epic - it's like a romantic version of Romance of the Three Kingdoms (but on a less complex level) and full of many interesting secondary characters. The secondary male lead, Nan Gong Piao, is also a man of many attractions and actually falls for Zi Yin Ye, even though she is a male! Seeing him struggle with his feelings was pure gold.

So, I like this c-novel because it has a very intelligent female lead and a very devoted and intelligent male lead (he helps the female lead secretly while she tries and unite Dong Zhi despite being the Prime Minister of a rival kingdom), and I love the trope of female lead pretending to be a guy! It's a novel that needs lots of patience due to the writer's slightly long-winded writing style, but the ending is ultimately satisfying.

Can you guess why her male name is 叶隐 Ye Yin － because the Yin means hidden - hiding a Ye, and her female name is 紫银夜 Zi Yin Ye - so she is hiding her female self in this male identity and cleverly announcing it to everyone! Haha, I thought that was quite brilliant.

Here's a scene translation of my favourite scene - it gets really good from here on out as Zi Yin Ye fakes her death and Ren Feng Yao comes to the startling realisation that his "wife" is not what she seems - this is where he falls for her too:

Zi Yin Ye follows the Emperor's hunting trip with Ren Feng Yao. She rides off with the princess (as she planned) to a cliff and planned to fake her death here.  However, there were disruptions as assassins arrive!

Ren Feng Yao walks to Zi Yin Ye's side and slowly carries her up. He softly says, "Are you ok?"

The assassins were already captured and the surroundings were silent. Big tears fell out of Zi Yin Ye's eyes and she sobbed, "I... I was really afraid!" No matter what, she must continue to act.

Prince Ping had already walked away to check on the assassin situation and Ren Feng Yao carefully carried Zi Yin Ye up. He comforted her, "Don't worry, everything is ok."

Zi Yin Ye let Ren Feng Yao carried her up, and after a pause gently pushed him away, moving back a few steps. "Noble husband, your wife is ok."

The two of them were already near the edge of the cliff. With this back step by Zi Yin Ye, she was now at the edge. A gush of wind blew, and Zi Yin Ye's hair flew, her skirt gently lifted up, as if she was going to be swept away by the wind. Ren Feng Yao hurried said, "Step forward, behind you is the cliff edge!"

"Ah," Zi Yin Ye softly said, but the mouth under her shawl has started to lift. Zi Yin Ye took a step forward, and Lin Zhong's arrow which had already been prepared came straight towards her direction. Zi Yin Ye did not make another cry, and her body followed the arrow's force and she fell behind the cliff edge. Ren Feng Yao was stunned, when he came to his senses and reached out to grab Zi Yin Ye, it was too late. She had already fallen down the cliff.

A cold wind blew up from the cliff edge, and blew away Zi Yin Ye's white shawl. An extremely beautiful face that carried a soft smile hit straight into Ren Feng Yao's eyes.

He grabbed the white shawl which had been blown up by the wind, and stood dazedly at the cliff edge, his mind completely blank. That face was not the indescribably ugly face he had seen before... but.... That face truly matched her eyes, that beautiful face was her real face! That face carried a smile. She did not have a frightened face but she was smiling! Ren Feng Yao tightly gripped both his fist, all these came too quickly for him to defend, all these were out of his expectations.

When Leng Can Xin quickly came, he saw Zi Yin Ye fell down the cliff, and Ren Feng Yao dazedly standing at the cliff edge, he did not know what Ren Feng Yao was thinking, but he must be feeling guilty.

Ren Feng Yao's voice was low with gritted teeth. Leng Can Xin was stunned, was Senior so affected by the death of Zi Yin Ye? He asked, "Senior you..."

"Can Xin, I want you to investigate something, carefully investigate!" Ren Feng Yao ordered Leng Can Xin. After seeing Leng Can Xin's astonishment, a playful smile arose on Ren Feng Yao's face, "In this world, the people who can fool me aren't many." 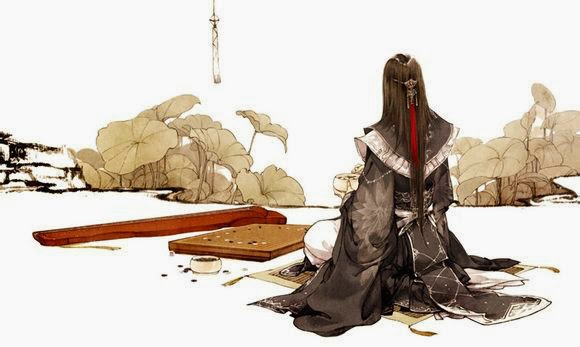 And thus, the duel between them began.
Posted by Decembi at 02:25

Email ThisBlogThis!Share to TwitterShare to FacebookShare to Pinterest
Labels: Both are Foxes, Reviews