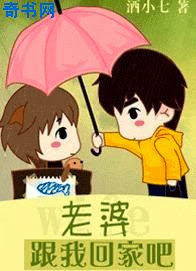 I've returned from my weekend getaway and will be returning to my summary and translation work! As a mini update, I highly recommend this modern C-novel, My Wife, Come Follow Me Home. Peanuts first recommended this to me and you can find the shusheng link here.

It's really cute and light the whole way through, and the emotional angst that comes later is narratively earned and does not feel overly manipulated. Essentially, the female lead Guan Xiao Yan is a simple girl who does not believe in love and romance anymore. However, as her mother is always bugging her to get married, she goes on matchmaking dates. On one of these dates, she meets the male lead, Jiang Li, who proposes that they get married on the day itself. So, they do and this starts their hilarious contract marriage! Where the male lead claims he is gay and they both deny that they like each other... until it is....too late? :)

The site where I read the story has this cute introductory which I will translate:

*I will try and explain the hilarious Chinese puns. This is written in the perspective of the female lead, Xiao Yan.

Me: There is risk in 房市 （fang shi  - housing market), one have to invest carefully.

Jiang Li: Very good, so shall we discuss our marriage?


On the first day Jiang Li and I met, we received our marriage certificate. Both of us married for the sake of marriage, there was no ulterior motive.

One day, I realised my feelings for Jiang Li were not innocent anymore. So I told him, "Let's divorce."

Me: Because I don't want to be trapped#.

Jiang Li: No, you have to be trapped.

# - The chinese phrase used is 沉沦- which has more the connotation of sinking into a world you rather not be in, which is a lovely funny way of showing how they both view falling in love in this contract marriage as a trap! <3