落花时节又逢君 by 蜀客 (When Spring Ends, I'll Meet You Again by Shu Ke) 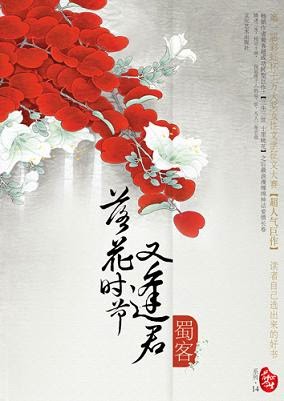 I decided to read this after seeing Peanut's blog entry. I think out of all the ancient c-novels I've read so far, this c-novel has probably the most debatable "happy ending". I thought this would just be a "filler" read, when you feel like reading something but don't want something too great or overwhelming as it becomes too addictive and paralyses the other parts of your life. But, this was incredibly addictive and I could not put it down till - I finished it.

Hong Ning, is a red camellia sprite, who falls in love with Jin Xiu, one of the greatest gods in heaven. He was the former king of Central Heaven, but was demoted to be the Flower God temporarily, before he ascends again to his rightful place. In front of everyone, she announces that she wants to be his queen, and so he tells her to "cultivate" and become a god.


In his heart, he knows the gap between him and Hong Ning is too wide (because he can only marry the gods of the royal bloodlines) - but he thinks that cultivation for Hong Ning and becoming a god will be good for her regardless. So, this starts their fate.

In order to become a minor god, Hong Ning goes to the mortal world to pass a trial. There, she meets Gong Zi, an extremely rich handsome nobleman, who longs in his heart for someone to give him true love. She becomes a red camellia flower in his field which is about to be removed - so she takes human form at night and pleads with him to spare the field. She recognises that Gong Zi is not happy despite having all the material wealth he could ever want - Gong Zi thinks he has finally found someone who knows him, and promises to spare the field if she appears before him every night and gives him her heart.


Hong Ning tells Gong Zi that she likes someone else already - but Gong Zi says he only wants a few decades, because he is human and won't live so long. She can fall for her god after he is dead. Lots happen in between - Hong Ning realises that she could never be Jin Xiu's queen and she feels tricked, another flower deity pretends to be her and meets Gong Zi - making Hong Ning think that Gong Zi did not really love her - Hong Ning's trial comes and Gong Zi sacrifices his life for her.


Hong Ning realises that it was a trick by a flower deity - which Jin Xiu did not reveal, hoping she will stop the foolishness of feelings and focus on cultivation to be a god. She's incredibly devastated by Gong Zi's sacrifice and asks Jin Xiu to turn her into a mortal so she can repay Gong Zi's sacrifice.


This starts everything - Jin Xiu to fulfill Hong Ning's wish - has to experience divine punishment (which Hong Ning does not know) and he takes great pains to give her some precious water from some spring so that she has the chance to cultivate to become a god again. Hong Ning goes through ten lifetimes in the world - in one lifetime, she marries Gong Zi and returns his sacrifice (<3).

In three other lifetimes, Bai Leng, the son of another great god, falls for her and protects her. In this lifetime as Hong Ning, she is extremely shocked and mortified when Bai Leng sacrifices his entire essence for her (she was being attacked by a fox god). Bai Leng knew that Hong Ning was his "trial" but rather than letting her get hurt, he chooses to sacrifice himself instead.

I love Bai Leng - he too (as compared to Jin Xiu) had the potential to become a great god, but he chose instead to love Hong Ning despite their differences, despite the gaps. He took out his internal essence and made it into a bracelet for her to wear - so he would be notified everytime she is in trouble immediately.

The interesting part about this C-novel is that it is as philosophical as it is romantic - Jin Xiu tries to convince Hong Ning to cultivate to become a god, because only when you become a god, you can have love that is forever. However, Hong Ning takes another view - that humans in their cycles of reincarnation, have another kind of forever. She does not understand why people must give up their feelings to become a god in order to have "forever" - because aren't they killing their love in order to get a chance to experience that love forever?

Jin Xiu always talks about Heaven's Fate - but to her, there are only choices and heaven in its greatness has a response to any choice. She cannot understand how in a situation when two brother sprites/demons have a chance to pass a trial to become a god - and only one is "fated" to become a god - how can heaven deem it right for one to pass without caring for his brother? The story questions about principles, about emotions, about loyalty - and how love can force one to do things against those principles.

On the other hand, Jin Xiu also shows her through memories and illusions that humans  will forget - they cannot remember what happen in their past lives. But Hong Ning has the perfect answer for it - I don't care about my past life, my future life, I only care about this life.

I love Hong Ning because she is a principled woman - full of love, loyalty and intelligence. She is a woman of decision. She deserved to be loved by so many men - and most rewardingly, she always tried her best to repay them for their sacrifices and kindness.

At the end of it all, memory played the greatest role. Jin Xiu could not withstand being forgotten by Hong Ning - Bai Leng in the end forgot Hong Ning after sacrificing his entire essence - and Hong Ning heeding Bai Leng's father's words did not pursue him to regain his memory of her.

But it was clear from the start that Hong Ning loved Jin Xiu the most. Everyone else - was a repayment. 心动却不是爱。 The heart is moved but this is not love.

And Jin Xiu, Jin Xiu loved Hong Ning. He was an old and regal god. He probably thought love was something behind him already. But love turned out to be her, agonising him for ten lifetimes, until in this lifetime, he sacrificed himself for her.

They were splashed by the griffin's blood, thus their fate will be entwined through all lifetimes.

As the red camellia sprite, as the flower god, as Hong Ning, as Jin Xiu, they could not be together. But in all future selves, they will be.

I wanted you to be immortal, but you made me mortal instead. 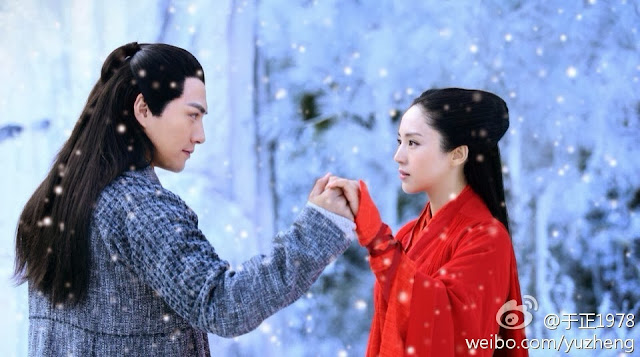